Vital lesson on drugs and addiction 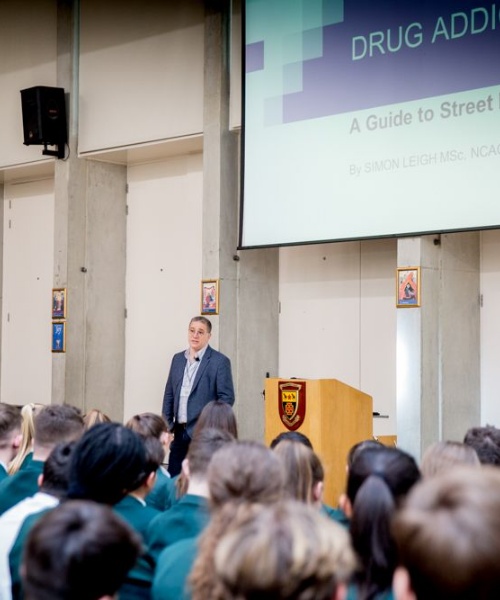 Addiction counsellor Simon Leigh believes that education is the key to reducing the number of drug induced mental health issues and deaths caused by the use of drugs. His talks for pupils and parents were invaluable. 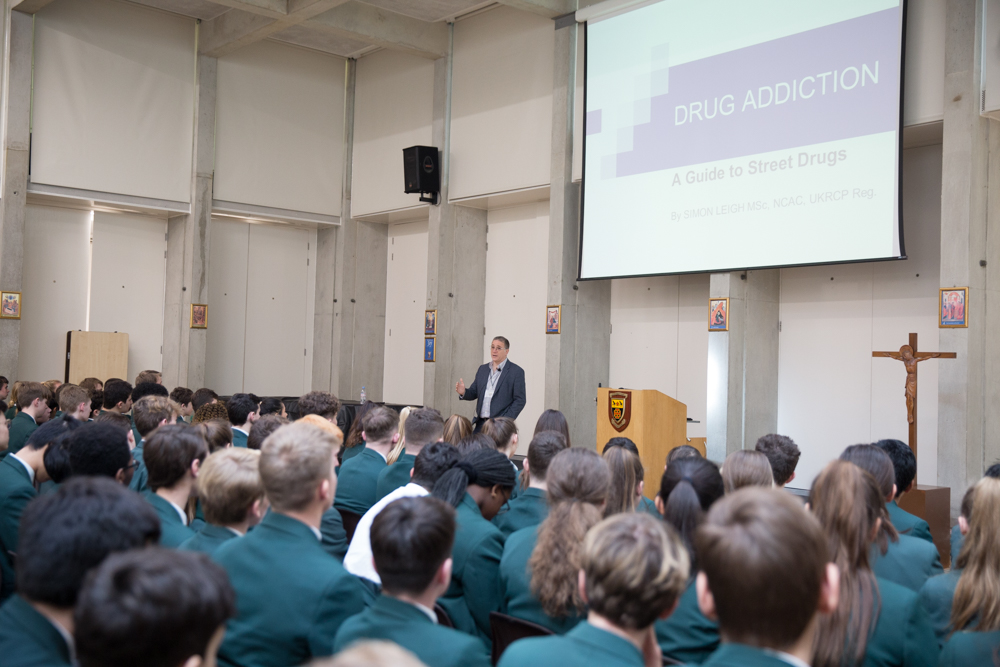 Simon Leigh is an addiction counsellor accredited by the Federation of Drug and Alcohol Professionals who also gives talks in schools on drugs. He believes that education is the key to reducing the number of drug induced mental health issues, hospital admissions and deaths caused by the use of recreational drugs. On February 27th February he talked to Years 10 and 11 at St Benedict's, and to parents after school.

“I just give them the facts, but in a way that leaves them wondering why anyone would want to take drugs”, he said. “One reason for talking to kids is to try to rid this country of the stigma surrounding addiction. It’s an illness affecting around 10 per cent of the population and so should not have any shame attached to it. The fact that the kids are looking at a real-life addict gives me a lot of credibility. I’ve been in recovery for cocaine addiction for several years so I use my own experiences when I give talks.”

Simon gave the same talk to parents after school, so that they too could understand the facts and myths around drugs. Again, he explained that it is a mental illness and that people can be genetically predisposed to addiction. He told parents what to look for if they suspect that their child may be taking drugs; signs include lethargy, erratic behaviour, insomnia, and a sudden loss of enthusiasm for a subject or activity they had previously enjoyed.

I just give them the facts, but in a way that leaves them wondering why anyone would want to take drugs.  (Simon Leigh)

Here are two pupil accounts of his talk:

I found the talk about drugs very useful. The main reason for this was because the speaker did not just use scare tactics to try to prevent it – he gave us the warning signals of a bad reaction and told us what to do should we ever be put in a situation such as someone overdosing. The speaker was not patronising and was very understanding about the pressures or misconceptions around drugs. He presented us with the facts and statistics, not by just scaring us out of taking drugs. The speaker also helped clear misconceptions about some drugs (such as nitrous oxide) and helped us spot the side effects of them.

He clarified many common misconceptions about drugs and really highlighted their dangers and dreadful long-term physical and psychological effects, while still seeming like he was on our side and not forcing his own opinion on us. (Year 10 pupil)

The information was presented in a professional and informative way and yet the talk still had a very open and relaxed feeling to it. We were all encouraged to ask questions and as a result, the talk felt less like a lecture and more like a discussion, which was much more engaging. The speaker told us about his own experiences with drugs, in particular, the way in which they almost destroyed his life and how he has been permanently affected by it; for example, his memory loss due to regularly smoking cannabis. He clarified many common misconceptions about drugs and really highlighted their dangers and dreadful long-term physical and psychological effects, while still seeming like he was on our side and not forcing his own opinion on us. The talk also had appropriate humour in some places, which served to lighten the mood of an otherwise very disturbing and depressing talk.

I think that this Drugs talk was vital for the Upper School as we approach a point in our lives when we will be more likely to encounter drugs. It is important that we are informed about drugs by someone who knows what they are talking about and who has experienced their negative effect. Information from peers or the internet may be incorrect or incomplete, as a result of which we may make a decision to take drugs, possibly with disastrous consequences.

At the end of the talk, many of us were intrigued by what we had found out, but at the same time startled and shocked by the horrific consequences that came about for some drug users whom the speaker had told us about. The most important thing that emerged from this talk is that we now know what to do if we are in a situation where one of our friends or we ourselves have taken drugs and need medical attention; we know what should be done in these circumstances and prompt action could be life-saving. 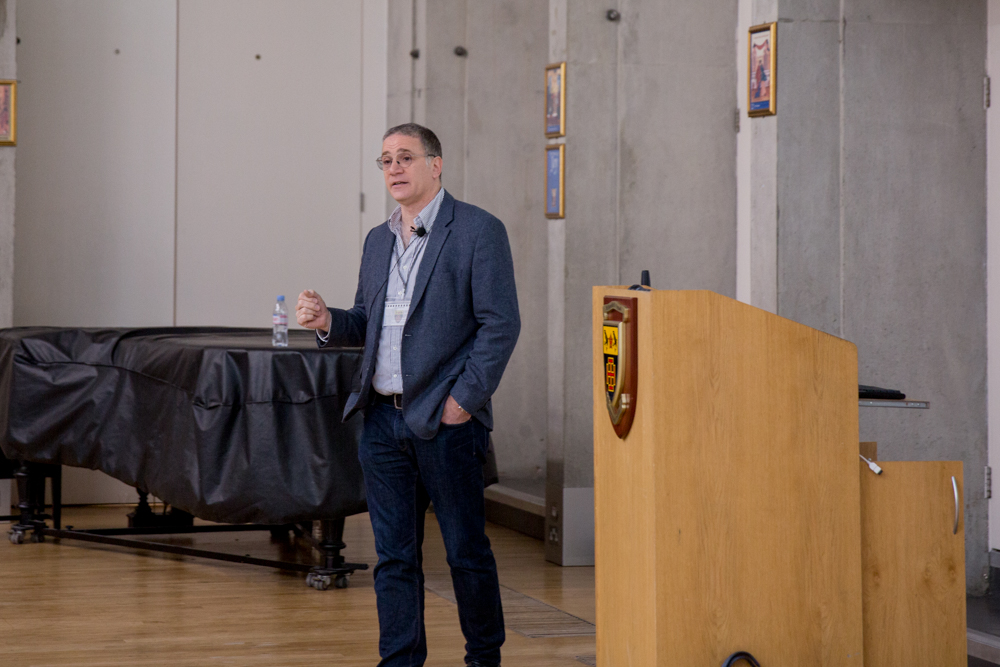