Double victory for Jak at the Middlesex Indoor Athletics Championships 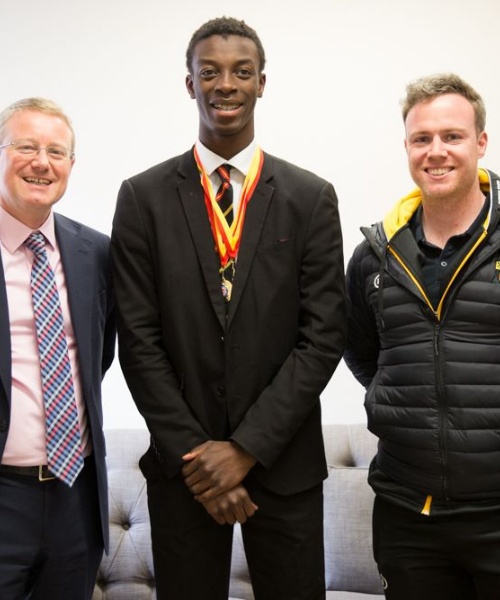 St Benedict's athlete Jak Mensah has won two U20 events in the Middlesex Indoor Athletics Championships. He is currently a Middlesex U17 record holder.

Last year, Jak was ranked 3rd nationally at U17 level in the 200m and currently holds the Middlesex U17 200m outdoors record.

Jak has been selected for the British Athletics Academy of Sporting Excellence, which helps top athletes in Britain to transfer from youth to senior elite athletics.

Mr Myles Stringer, Head of Athletic Development at St Benedict’s, said: “Jak is an outstanding athlete and has worked tirelessly in his strength and conditioning sessions, rugby sessions and athletics training.  This was an extraordinary weekend for Jak and one he should be very proud of.”