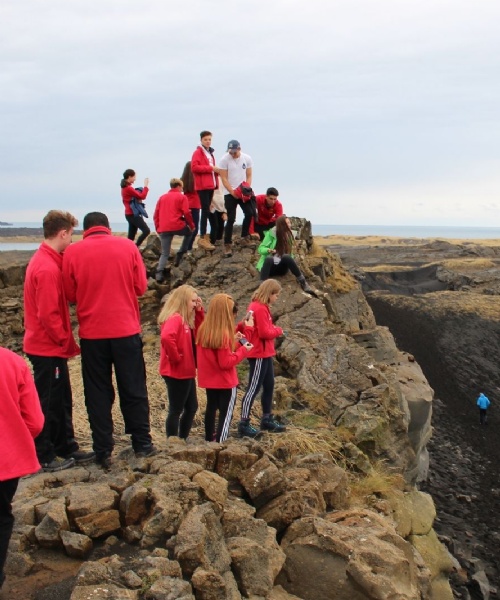 Three fascinating, action-packed overseas trips will take St Benedict's pupils from all year groups to Iceland, Vietnam and Greece at half term. 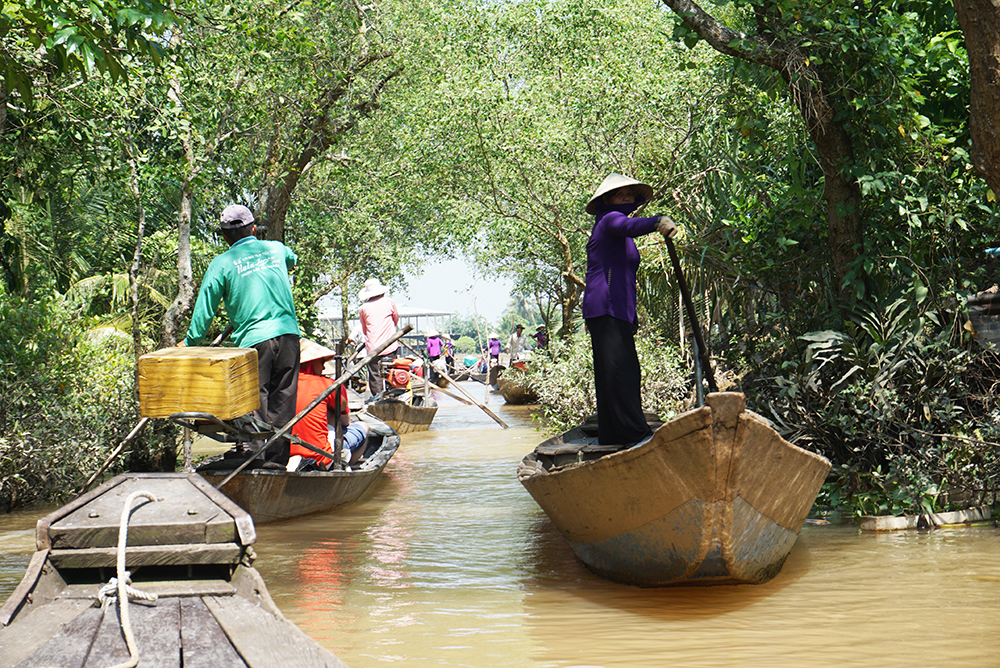 Classicists, historians and geographers from all year groups in the Senior School will enjoy unparalleled opportunities to learn in greater depth about ancient Greece, Vietnam's history and Iceland's dramatic geographical features.

Classicists will have the opportunity to go on a 6-day trip to Greece. Beginning in Athens, they will visit the Temple of Poseidon, the Acropolis, the Agora, the theatre of Dionysus and Syntagma Square for the changing of the guard.

From Athens, the group will  tour the Marathon Athenian Toumba and Platean Toumba (with visible skeletons under glass, one with a spear imbedded in his spine). They will also go to the new award-winning Museum of Thebes and the stunning Hosios Loukas Byzantine monastery.

We were awestruck at the views of the Acropolis and the modern city. We thoroughly enjoyed sitting in the Theatre of Dionysus, and imagining the many plays that were first performed there, as well as the walk up to the top of the Acropolis.”

They will then progress to the sites of Delphi (with its famous oracle) and Olympia, with excellent museums at both.

The tour will finish at Tolon, with an evening walk to the Bronze Age site of Asine and a visit to the prehistoric fortress of Mycenae or Epidauros, returning to Athens via the magnificent Corinth Canal.

Iceland is a paradise for geographers, full of wonders and amazing sights, from the world’s most active geyser to the majesty of one of island’s great glaciers.

Flight to Keflavik and on to the Bridge Between Continents, Stampar Craters and Gunnuhver hot springs, Blue Lagoon, Kysuvik Hot Puddles 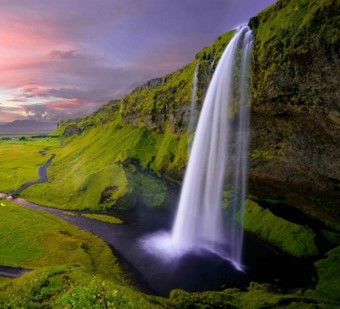 Seljalandsfoss – a narrow but high waterfall, plunging over the mountainside of West Eyjafjöll

Skógafoss – 60m high, one of the most impressive in the country 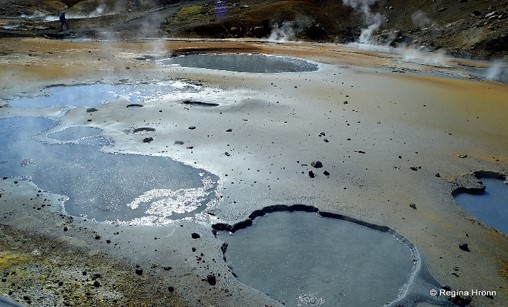 The Great Geysir area: hot springs, mud pools and geysers, of which Strokkur, the world’s most active, is likely to spout at several times

Thingvellier – the great lava arena in a rift valley, where the Icelandic parliament was founded by the Norse settlers in 930 AD. This is where the North American and European plates meet. 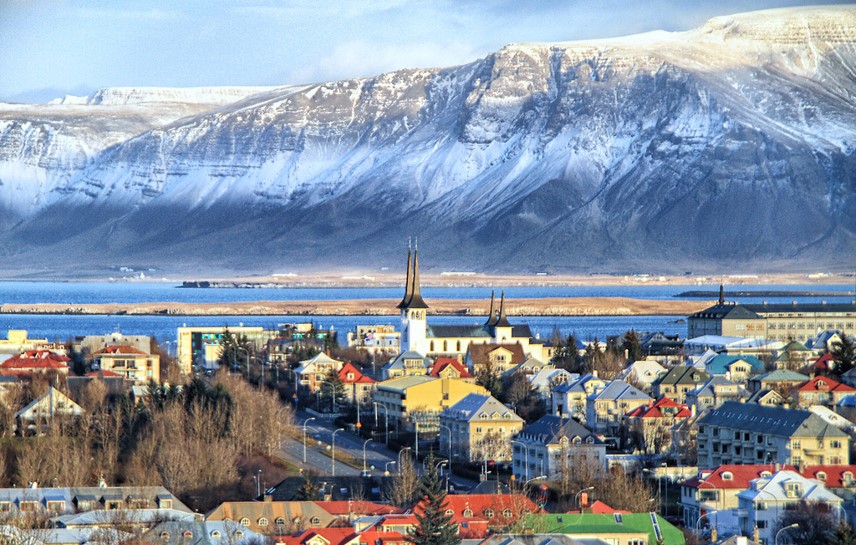 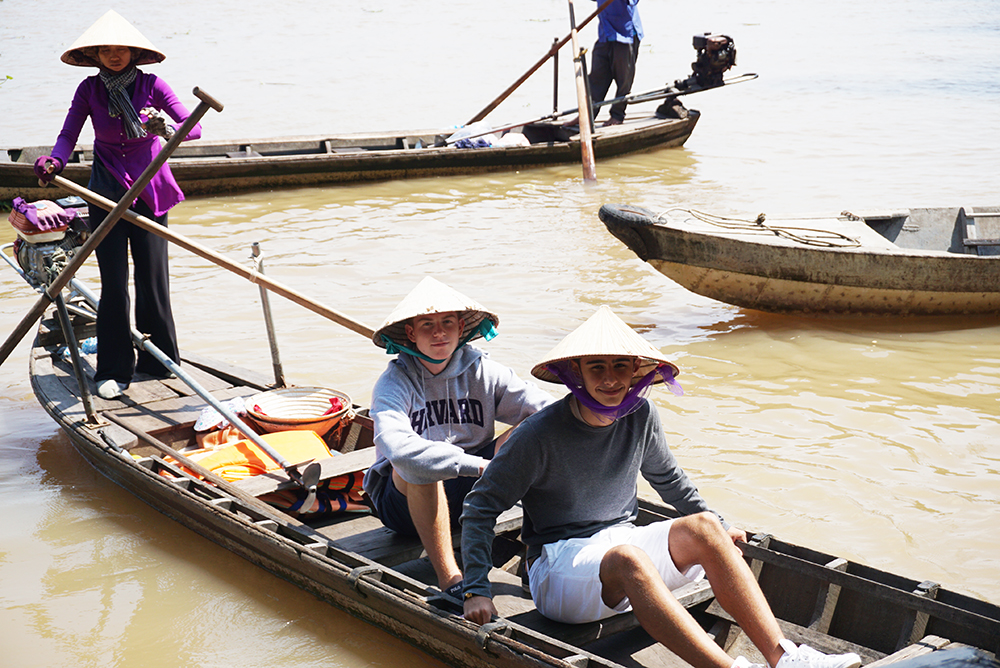 Historians will tour Vietnam, with its complex and compelling history and unrivalled beauty.

It was great to experience the hustle and bustle of the city and to see why Ho Chi Minh City is now a popular tourist destination.”

They will visit the Reunification Palace (the former Presidential Palace of the President of South of Vietnam), designed for South Vietnam’s former president Ngo Dinh Diem during the Vietnam War. The official handover of power took place here on April 30, 1975 and the palace became a monument to that historic date. 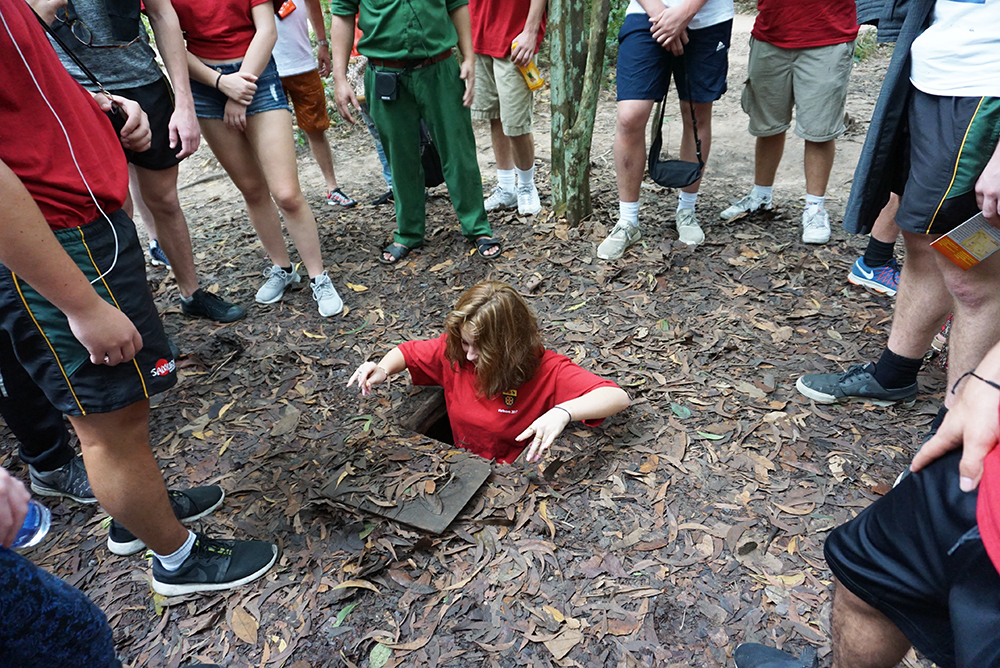 Vung Tau and the former site of the 1st Australian Logistic Support (1ALSG) Group.  Tour of this town including the former 1 ALSG base area, the War Memorial at Back Beach, the former Peter Badcoe Club site and the ‘Flags’ area.

Phuoc Tuy Province: visit the former Nui Dat Task Force Base followed by a visit to the Long Phuoc Tunnels.

We travelled to the Cu Chi tunnels, where the Viet Cong soldiers hid during the Vietnam War. Many of us went down the tunnels, and while they were just about large enough for us, we couldn’t imagine living there for several days.”

The Long Tan Cross memorial, with a Commemorative Service to pay tribute to the men who fought and died in Vietnam.

The group will explore Saigon through an ‘Amazing Race’ challenge: teams will each be given a guide and will need to join forces in a team challenge of map reading, negotiating and interacting with locals and displaying creative communication skills while appreciating Saigon’s historical sites such as The Central Post Office, Notre Dame Cathedral, The Opera House and Ben Thanh Markets.

Cu Chi tunnel system; a complex maze once home to Communist guerrillas in their wars against the Japanese, French, Americans (and her allies).

In the morning they will visit the shrine outside of the US Consulate then continue to the former CIA building, where helicopters evacuated the remaining US citizens in 1975. Finally, they will see the Thich Quang Duc Monument, commemorating a Vietnamese Mahayana Buddhist monk who burned himself to death on 11 June 1963 in protest against the war.

With thanks to our Heads of Classics, Geography and History for leading these amazing trips!