Back to the Forties 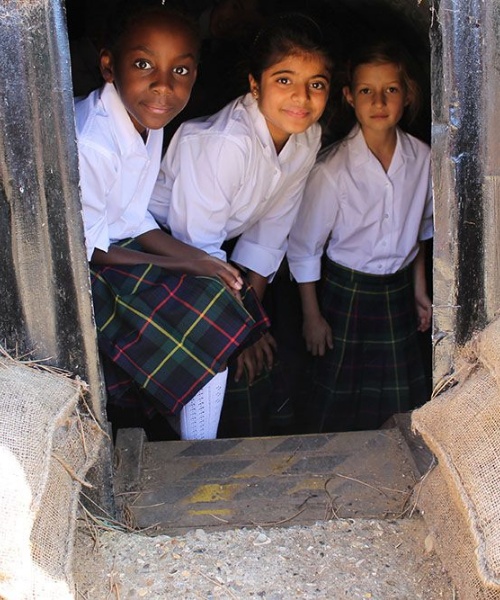 Children in Forms 1 and 2 at St Benedict’s Junior School began the term with a brilliant trip to The Forties Experience, Bushey, travelling back in time to the days of the Blitz. 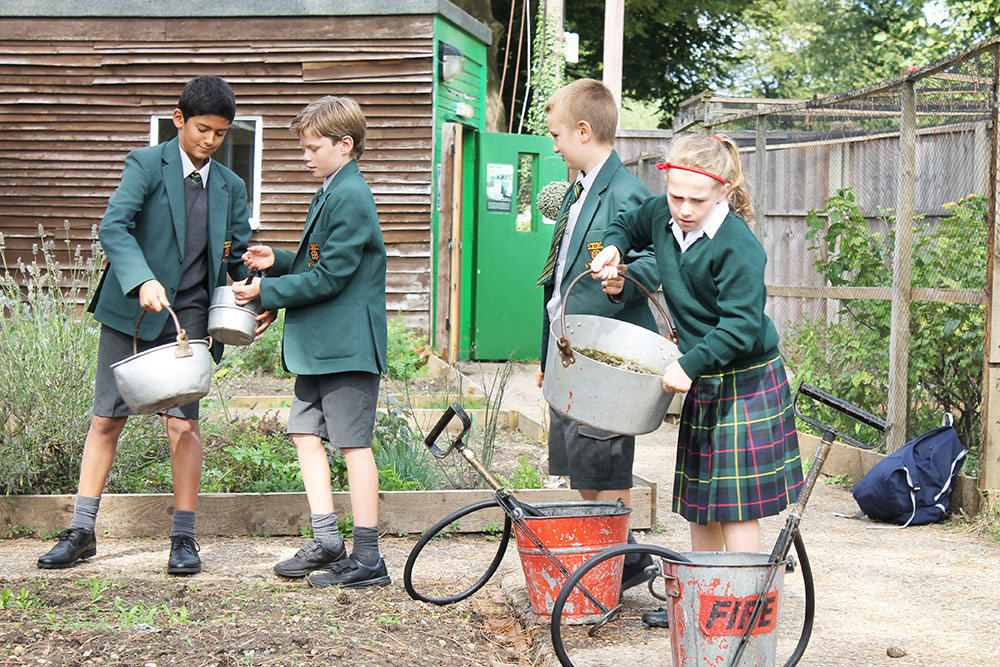 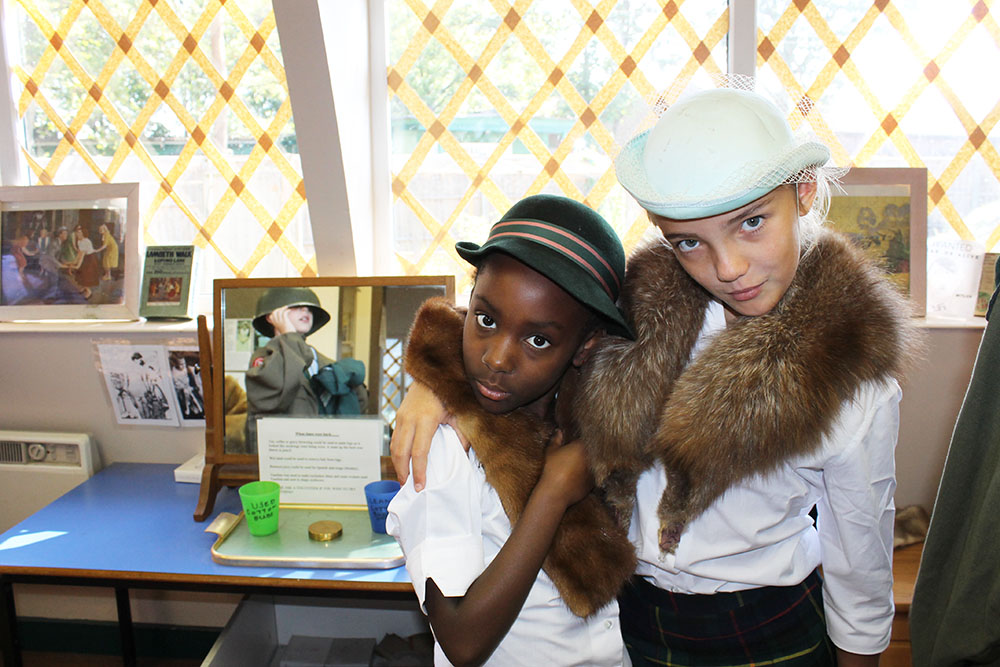 The trip made a vivid start to their WW2 topic, “We’ll Meet Again.” There could be no better introduction to the language and themes of the topic than crawling into an Anderson Shelter, dressing up in forties clothes and listening to an air-raid siren. 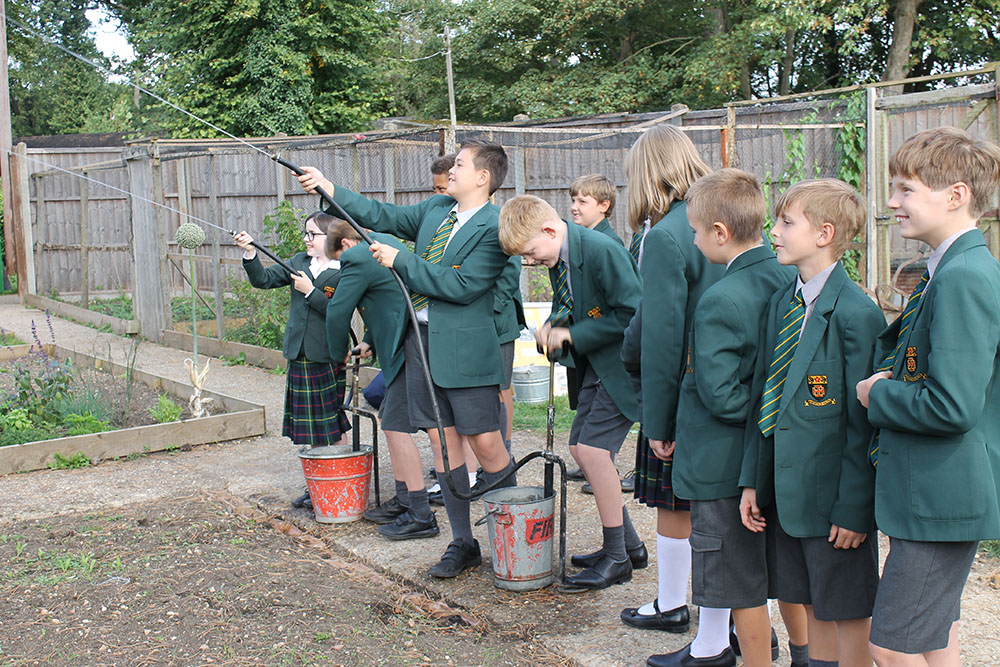 The children explored a 1940s house and did some washing using a washboard and a mangle; they also got the chance to ‘Dig for Victory’ in the garden, and used hand pumps to put out a fire caused by a bomb. They discovered how dark it could be in an Anderson Shelter, as the Blitz raged outside. And in the school room, set up in a village hall, they learned about evacuation and completed their own Identity cards. 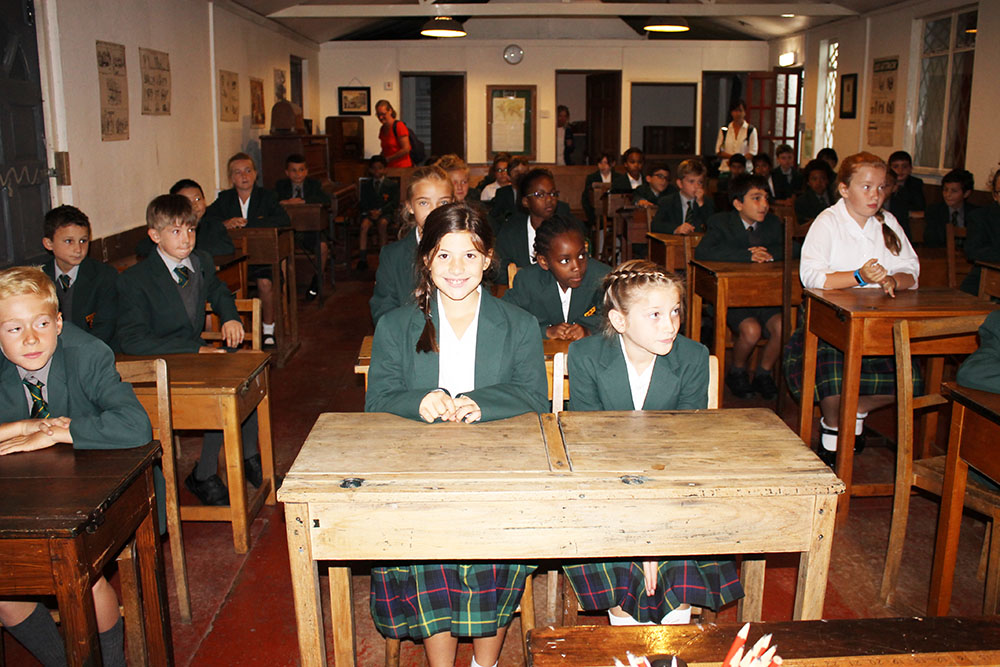 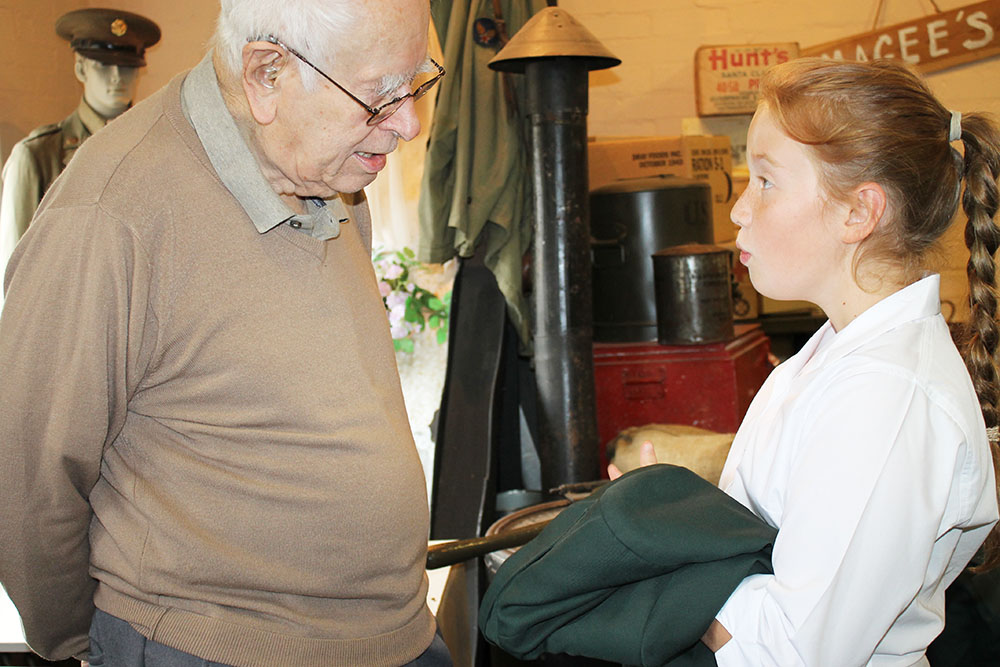 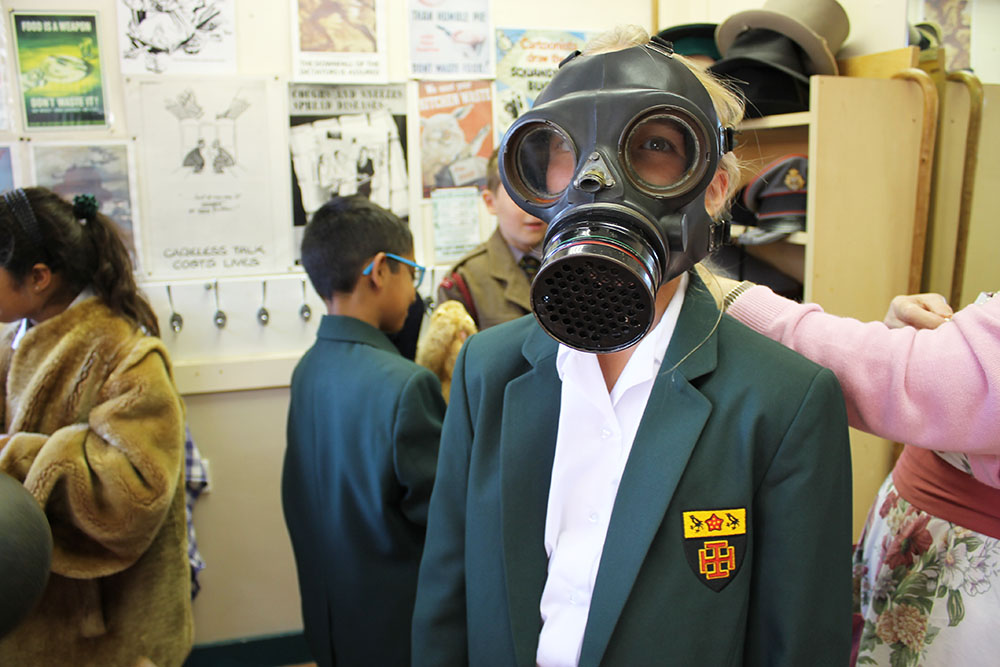