St Benedict's pupils aged 7 to 11 gave a range of wonderful choral and instrumental performances at the Spring Concert on February 26th. 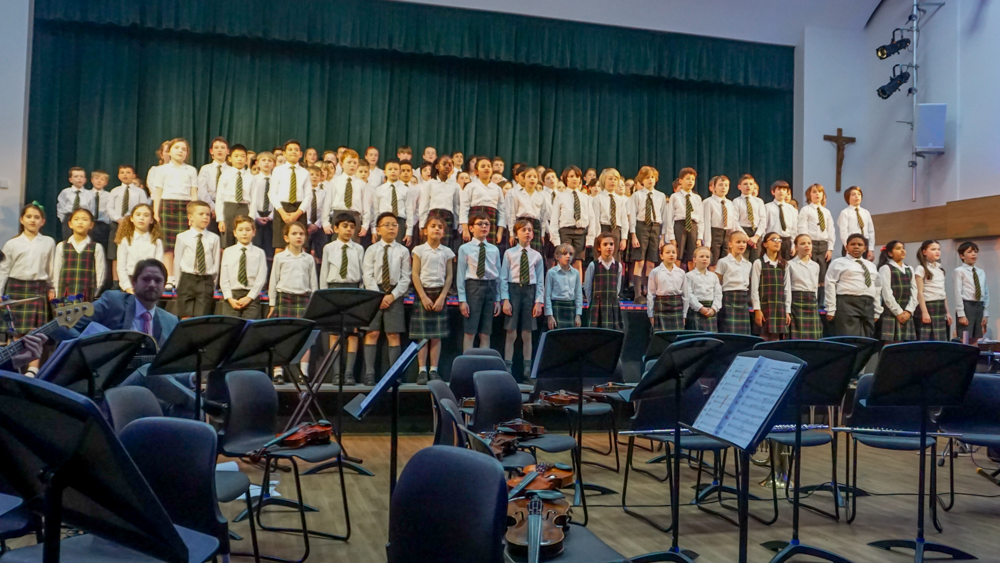 Inspired by the theme of ‘The 80s’, the programme included 8 different instrumental ensembles and 3 choirs, demonstrating the enthusiasm and musical talent of children in Lower Prep to  Form 2 (Years 3 to 6).

The concert began with the choirs singing 80s hits, Take On Me (Waaktaar, Furuholmne and Harket), The Eye of the Tiger (Sullivan and Peterik) and two songs by Labi Siffre - who was educated at St Benedict’s in the 50s and 60s – It Must Be Love and Something Inside So Strong.

The middle section of the concert featured the Junior School’s many instrumental groups: 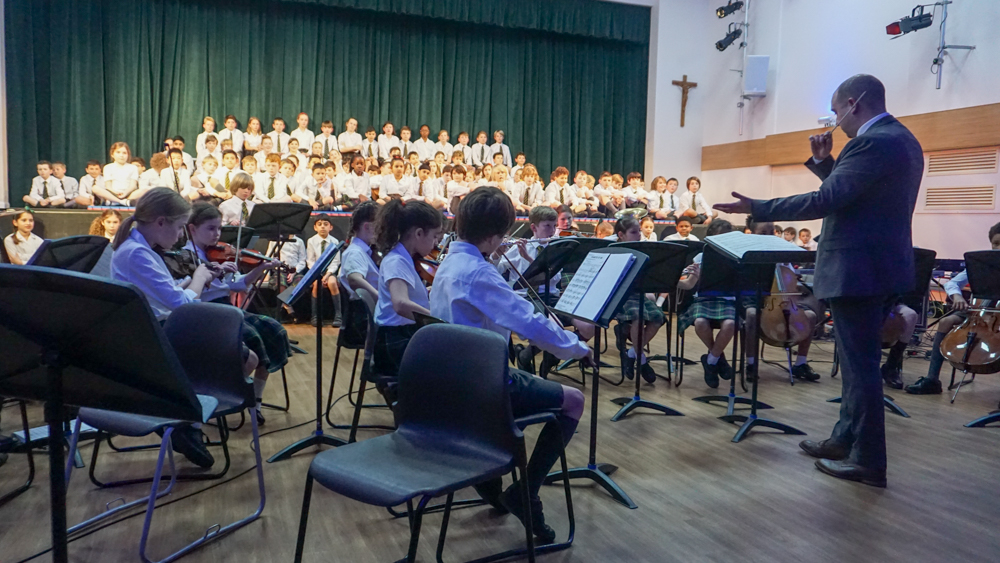 Guitar Group 2: With or Without You (U2)

Finally, the choirs sang The Final Countdown (Tempest), Every Breath You Take (Sting) and Livin’ on a Prayer (Bon Jovi, Sambora and Child). 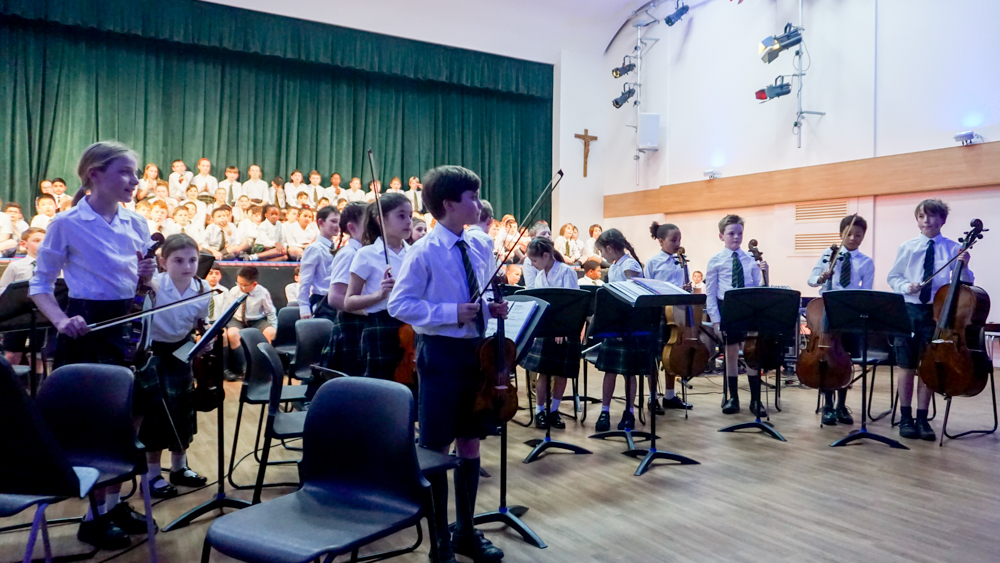 With thanks to the Head of Junior School Music, Mr Dominic Field, and to his superb team of visiting music staff.