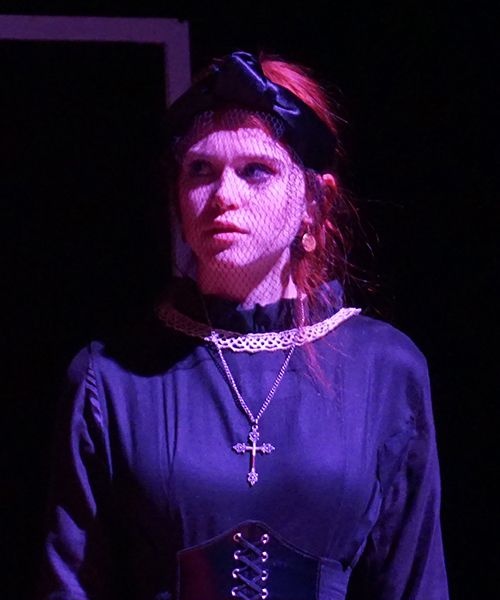 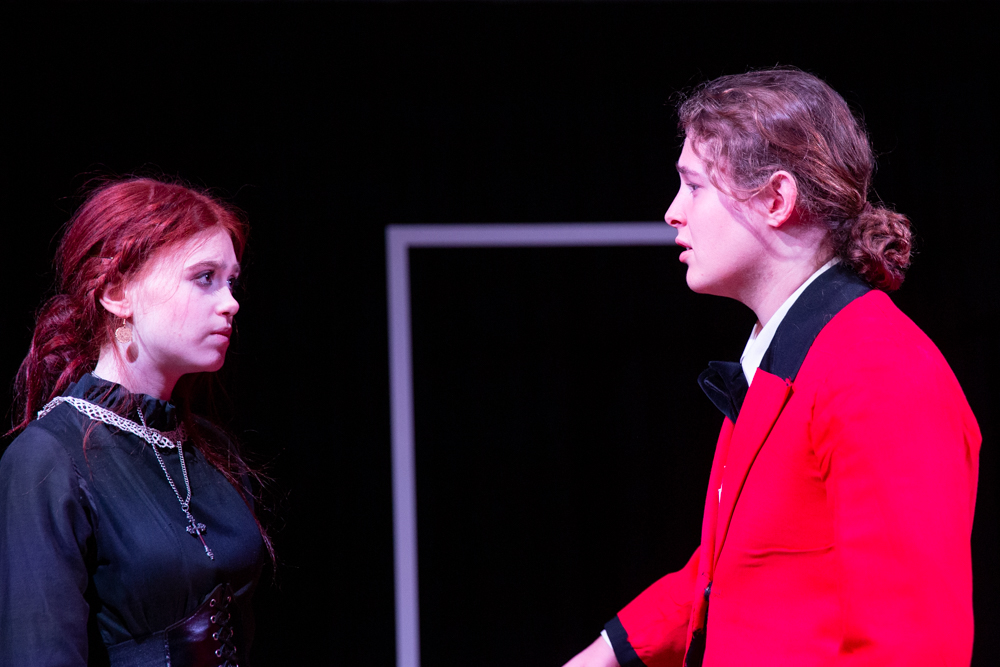 In choosing to abridge Tolstoy’s mighty 800-page novel, and craft it into an eighty-minute play, James Hunter certainly set himself an enormous challenge. Everyone who watched the performance would surely agree that he and his talented cast had succeeded in bringing the story of Anna vividly to life– her loveless marriage, her adulterous passion and her final downfall.

Here are James' thoughts on the novel, and on the experience of bringing it to the stage:

Why I chose to dramatise ‘Anna Karenina
Far too many Brits shy away from Russian literature, thinking it to be full of rambling and depressing existentialism. However, by condensing Tolstoy’s Anna Karenina into a short play, I hoped to bring to life all the excitement and elegance of his dialogue and to prove that his works can serve a much greater purpose than a doorstop.
Tolstoy crafts characters with a profound sensitivity and understanding of human nature, which means that his audiences from 19th and right up to the 21st century are able to find parallels between Tolstoy’s fictional characters and those in their own lives. What I love most about his style is that it isn’t typical escapism literature; instead it allows these characters to impose themselves upon the lives of the readers, forcing them to question how they interact with others as well as the decisions and the judgements they make. There are endless lessons to be learned from the follies of the characters in Anna Karenina, both for the cast portraying them and for the audience watching the drama unfold.
The challenges of producing the play
By working with several members of the team, like Caitlin MacGregor who have an excellent understanding of what goes into making a dream come to life on the stage, I learnt so much about staging, set, lighting, sound, and all of the other practical elements of a play that a director must consider. I especially learnt to appreciate the need to moderate my expectations in such a way that I could achieve a vision that was ambitious yet realistic.
The relationship between students and a director becomes much more difficult to gauge and to manage when the director is a student himself. When there is a limited time to perfect a production, it is much easier to have the authority to get everyone to follow your plan exactly, but in many ways I am glad that I never held this position. The play was truly a collaborative effort from the whole cast, with everyone being able to freely express their opinions and to add their own personal touches- an opportunity that can only really present itself in a student-run production.
James Hunter (U6)

The play immediately plunged us into the action, with Part One's most powerful scene - Anna's arrival where, just after she has made eye contact with Vronsky (her fatal attraction), a guard is crushed by a train: "A bad omen," she says to her brother. The audience knew she was doomed - and they were hooked. 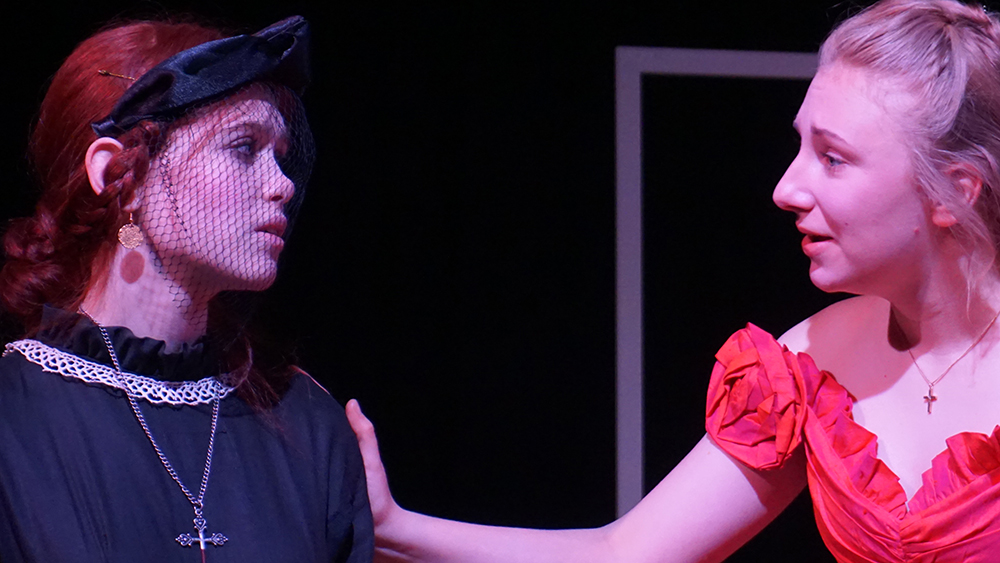 The cast’s excellent performances underlined the characters’ search for meaning and fulfilment; their struggle to put into words what they want to say (especially seen when Karenin confronts Anna's adultery); and their suffocation within the privileged society they inhabit. Eleanor Bowden gave a powerful performance as Anna, conveying the emotional conflict between her duty as a wife and mother and her obsessive love for Vronsky. Conan Reynolds-Imam's Alexei could not have been colder or more cruel, with his barely controlled rage and demand for ‘outward decorum’. In contrast, Oliver Kempner emphasised Vronsky's humanity and warmth. All the other characters combined brilliantly to illustrate Tolstoy’s opening statement in the novel: "Everything was in confusion in the Oblonsky household”, with Dolly - consoled and then consoling – expressively played by Darcie Hunter. 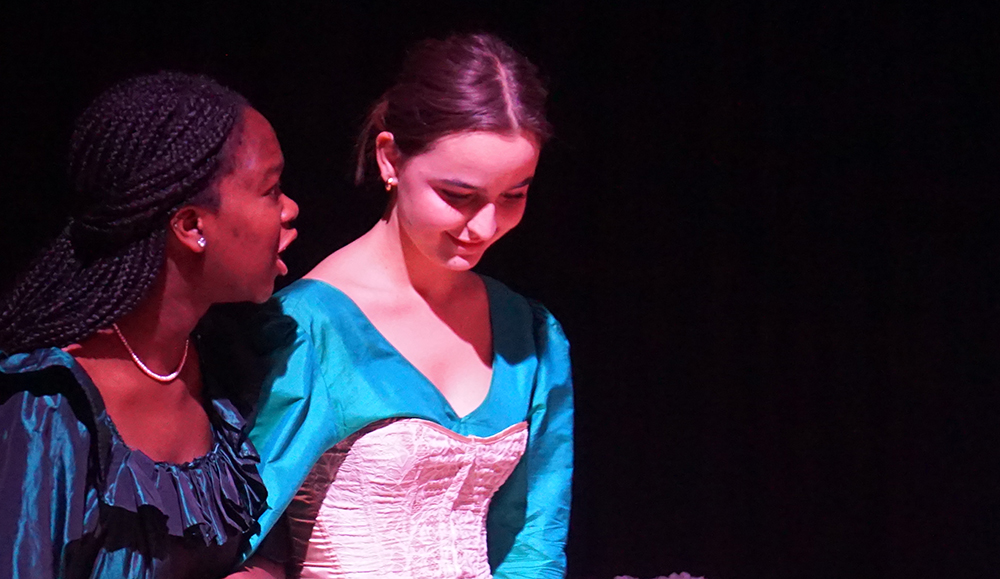 The lighting and soundtrack were expertly devised and managed by Caitlin MacGregor, heightening the dramatic tension, helping to create a canvas of 19th century Russian life. 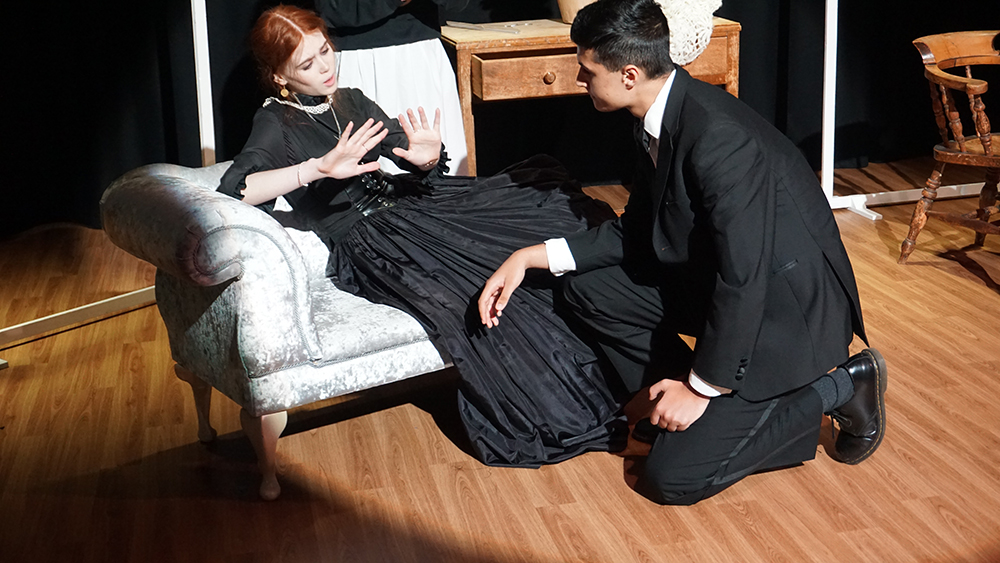 This production of Anna Karenina revealed not only the versatility and potential of St Benedict’s new Studio Theatre, but also what can be achieved when a group of creative, determined and ambitious students take the initiative and choose to collaborate in this way.

After much appreciative applause at the end of the performance, James gave each of the cast a copy of Tolstoy’s novel, to remind them of their remarkable achievement. 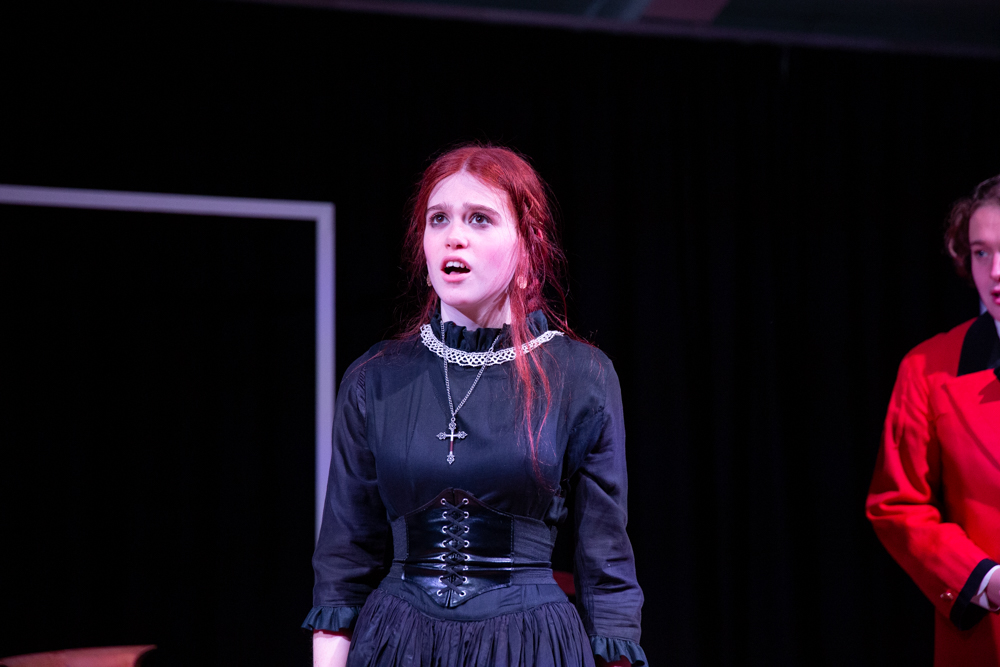 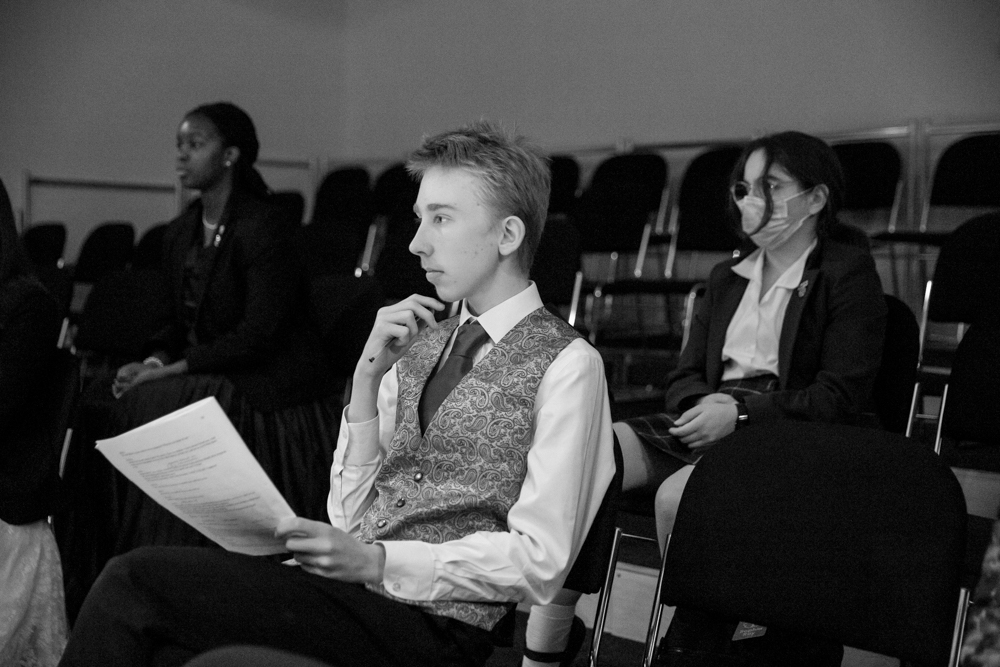