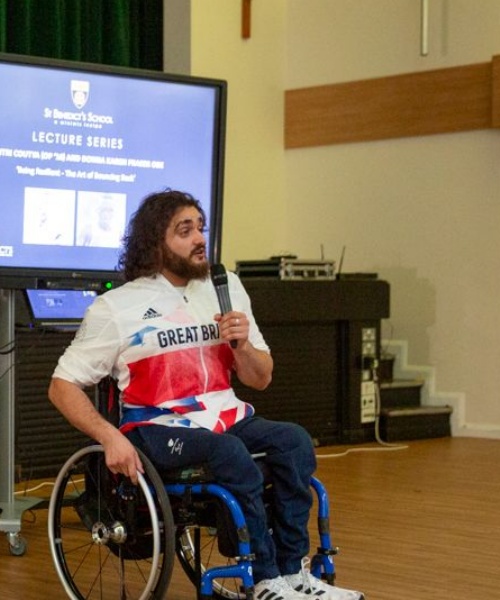 Each speaker described how their sporting careers began at an early age: Dimitri Coutya had immediately “loved the clinical, precise, brutal quality of fencing” and was spotted by a GB Paralympic coach at the age of 13. Donna’s first race at the age of 8 led to early, stellar success as a junior, and ultimately to the Sidney Olympics in 2000.

Running through the talk were the Olympic and Paralympic values of Respect, Excellence, Friendship, Courage, Determination, Inspiration and Equality; far from being mere words on a mission statement, it was clear that both athletes live and breathe these values. Donna Fraser is particularly passionate about the latter: “Sport brings equality – it’s all about ability.” (She was awarded an OBE in the 2021 New Year’s Honours List for services to equality, inclusion and diversity in the workplace.)

So where does resilience come from? Dimitri summarised it as “a process of admitting mistakes and being honest”, in order to learn from each set-back to improve future performance; he spoke of “delving deep”, with unrelenting honesty, into what was needed to improve and prepare for the next match. The Rio Paralympics in 2016 had taught him that psychological preparation for “the enormity of what the games are” is indispensable. We heard about the incredibly hard work - the psychological and physical routines – which led to his success in this year’s Tokyo Paralympics: Dimitri won a team silver, team bronze, and two individual bronze medals.

Donna showed the audience a video of her 400m race at the Sidney Olympics in 2000. Everyone was on the edge of their seat, unsure of the outcome: she came 4th, as a result, she said, of  “a lack of self-belief on that line. I changed the plan."  Jittery self-doubt had set in as she waited on the track for the start of the race - a moment of panic which undermined the many months of tough training she had put in. Consolation and encouragement from friends enabled her to bounce back, as they gave her the bigger picture: she’d clipped almost a second off her personal best, with 49.79 seconds.

The audience (which filled the Orchard Hall, and included guests from Sacred Heart School, Cardinal Wiseman and St Augustine’s) asked many questions, the first of which was: How do you deal with pre-performance anxiety? Dimitri listens to a competition play list, and talks to people around him, having figured out beforehand how he wants to be, mentally, before a match. Donna recommended wine gums and deep breathing, with competition visualisations in training. 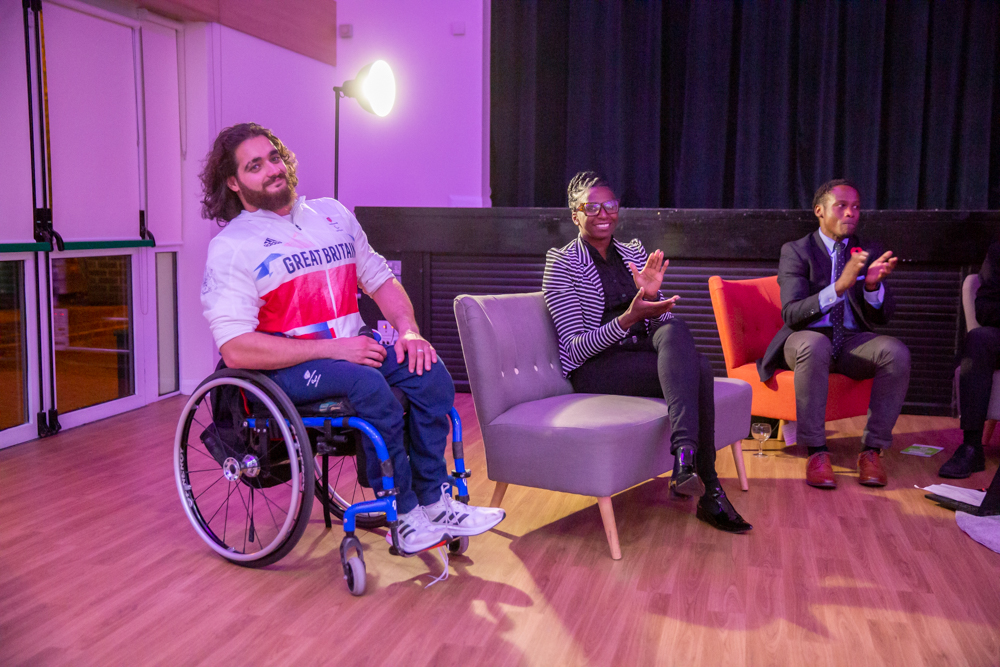 How do you come back from a disappointing performance? Dimitri’s mantra is “This match is new”. The need to move on, to focus on the present goal, was “both a simple task and an enormous task at the same time.”

Finally, asked to name the three non-negotiables of their philosophy, Dimitri cited Professionalism, Consistency and Honesty, while Donna’s were Focus, and keeping your goal always in the forefront of your mind; Accountability – a responsibility to achieve great things; and Opportunities: “seize them with both hands, and if they are not there, create your own.”

Many students stayed to talk to Dimitri and Donna afterwards and It was clear from their enthusiasm that they had very much enjoyed this honest, engaging and inspiring talk. 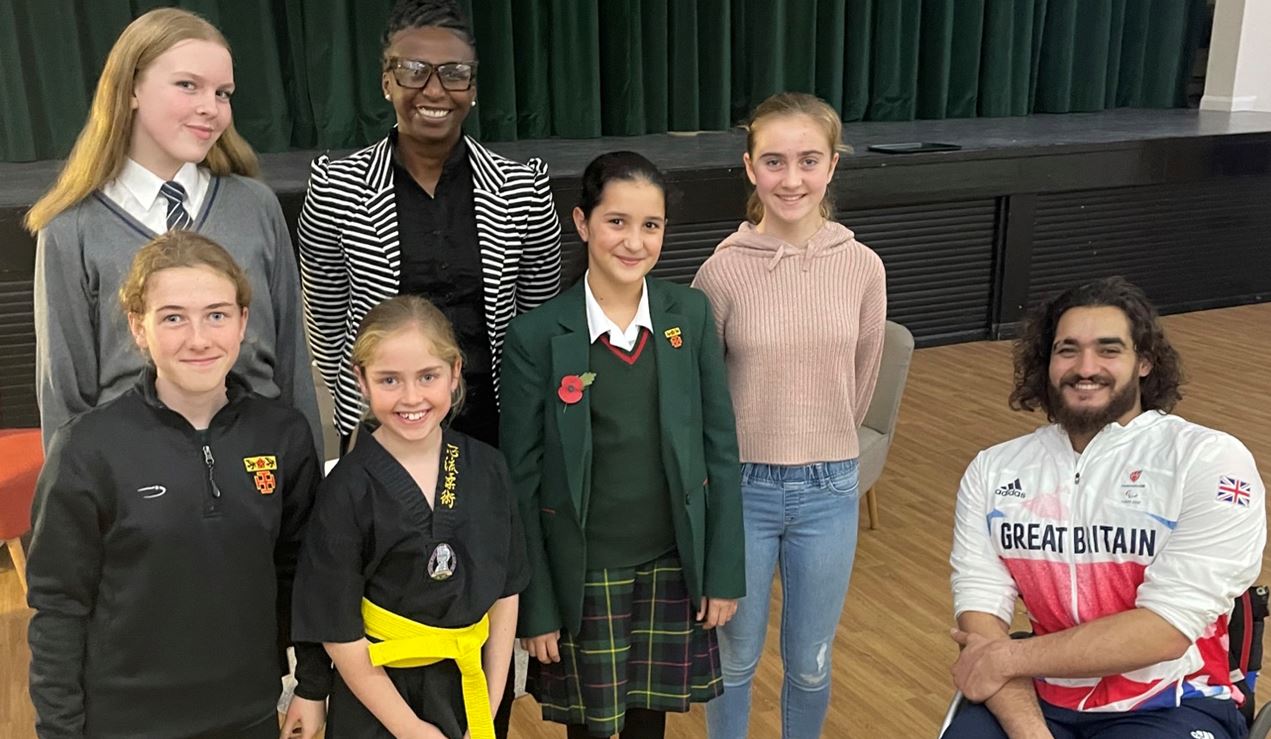 Donna and Dimitri gave some great advice about how to deal with pressure and expectations. Donna mentioned that having the support of her team really helped her to relax before races. What struck me about this is that, although neither athletics nor fencing are completely team-based, having teammates that have experienced the same before, can really strengthen you and are key to resilience. Dimitri said that something that helped him was trying to lighten the mood by joking around with his opponents. If his opponent reciprocated it calmed him down and, even if they didn't, it assured him that he wasn't the only one who was nervous. This strategy must have worked because he came back from Japan with four medals!