Why do we laugh? What is Biomimicry? Can we colonise Mars? How do bees make honey? These are some of the questions asked - and answered - by pupils in Years 7 to 10, who presented their research projects at St Benedict's this week. 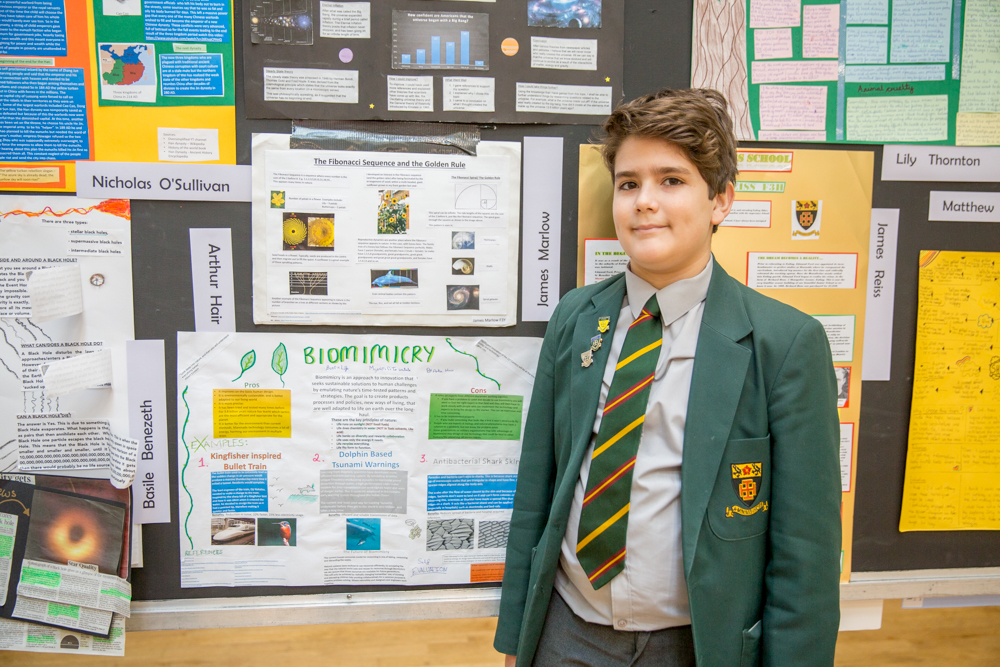 Over the Easter holiday, many pupils from Year 7 to Year 10 conducted research on a subject of their choice – ranging from the Trojan War to the Watergate Scandal - and produced research posters to illustrate their findings. Colourful, creative posters were on display in the Cloisters this week for everyone to enjoy, and each pupil presented their research on a huge variety of fascinating topics to their peers. 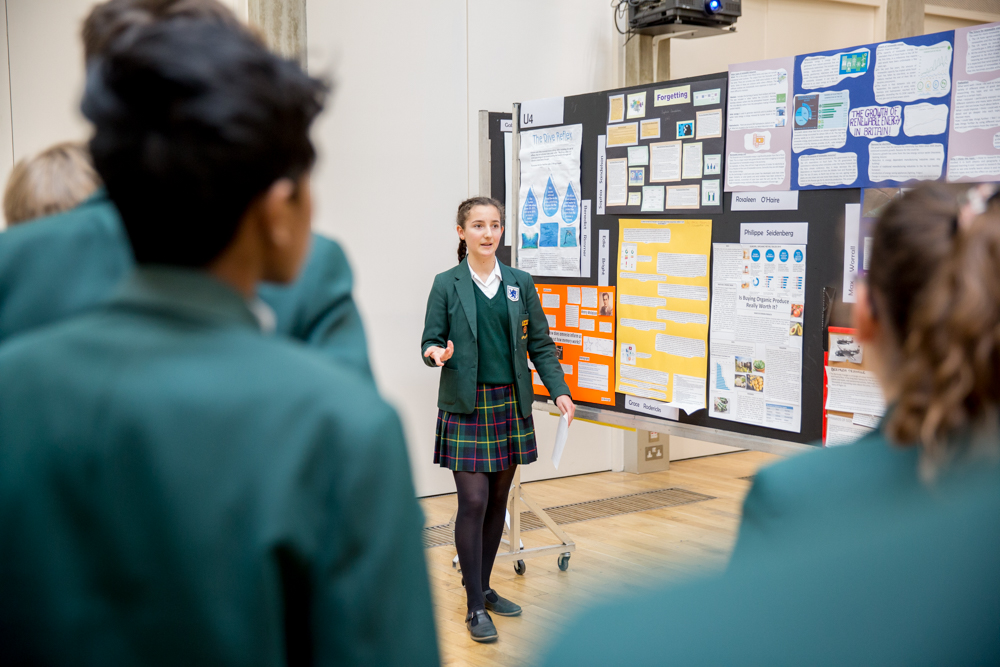 St Benedict’s pupils of all ages are encouraged to be intellectually curious and to ask questions. They are taught how to research topics in depth and to present their research, so that others can share in their knowledge and enthusiasm. This begins in the Junior School with the School Challenge Quest, an optional, after-school activity in which pupils aged 7 to 11 put together presentations on a chosen subject. In the Senior School, the Helicon Centre – a learning hub where talks, faculty cafés, societies and workshops take place each week – facilitates research projects. 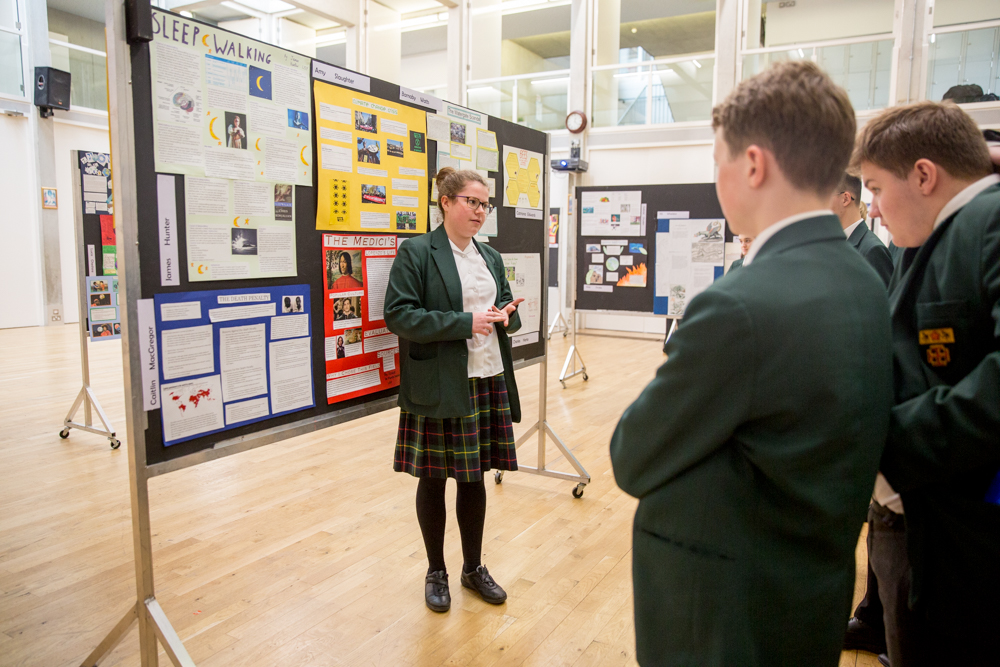 All of which gives pupils an excellent foundation for the more formal Extended Project Qualification: written projects, research journals and presentations equivalent to half a GCSE (level 2) and half an A level (level 3). 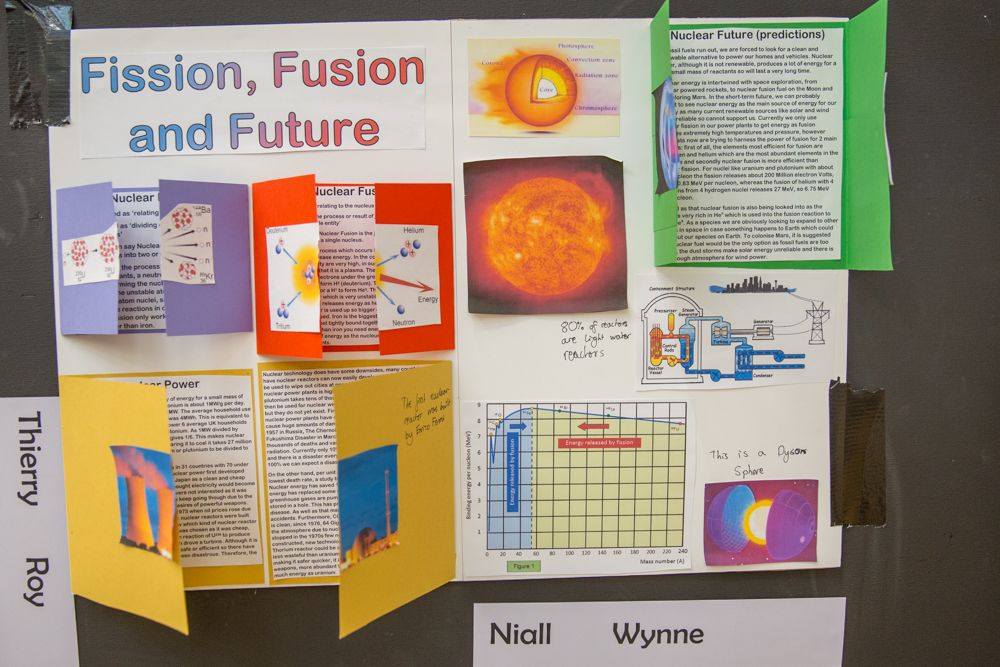 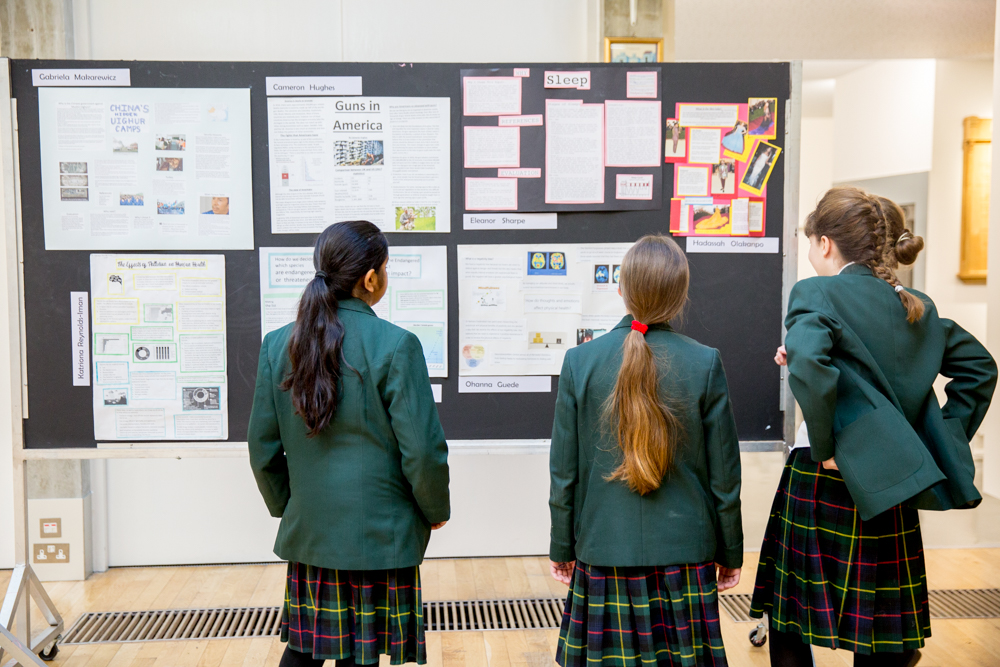 Luca Cheshire: Should heading in football be banned for U18s?

Riya Kantamaneni: What created the universe?

Felix Kloetgen: What effect does architecture have on the brain?

Helena Ramsden: The Psychology of the teenage brain

Lily Thornton: Why be vegetarian?

George Toynton: Why were GB so successful at the Rio Olympics?

Giovanni Vecchi: The Moon and tides

Alfie Lewis: All about that bass 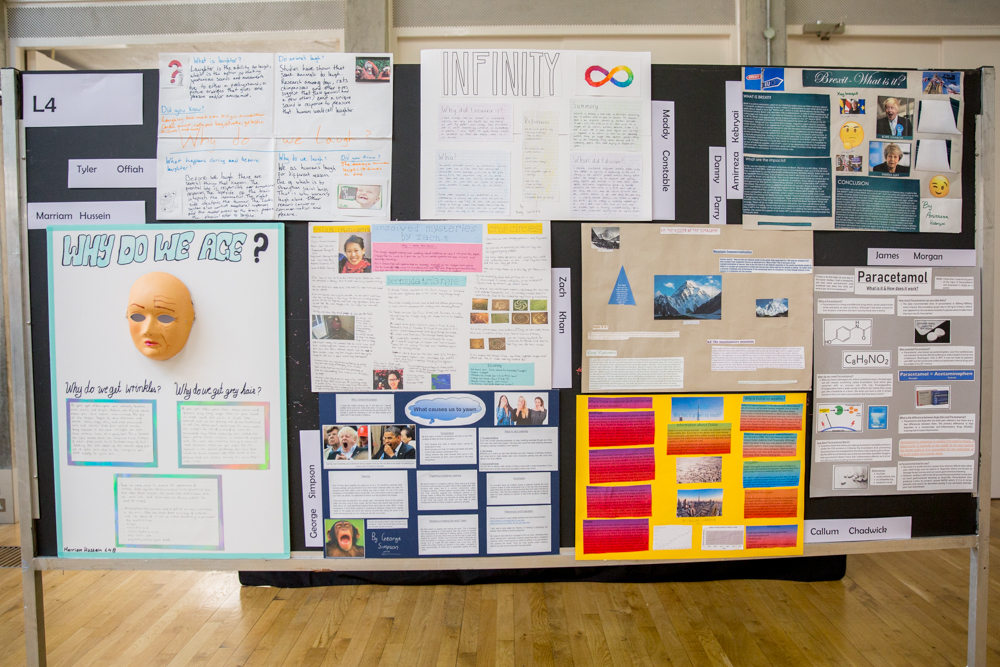 Asad Asghar: The history of Braille

William Bedwin: Can we colonise Mars?

Marriam Hussein: How do we age?

Sebastian Lawson: The effects of space

Tyler Offiah: What is laughter?

George Simpson: What causes us to yawn?

Ned Watts: Why has knife crime risen in England & Wales?

Amirreza Kebryai: Brexit - what is it?

Danny Parry: K2 the killer of the Himalayas

Christine Roth: Politics in the UK 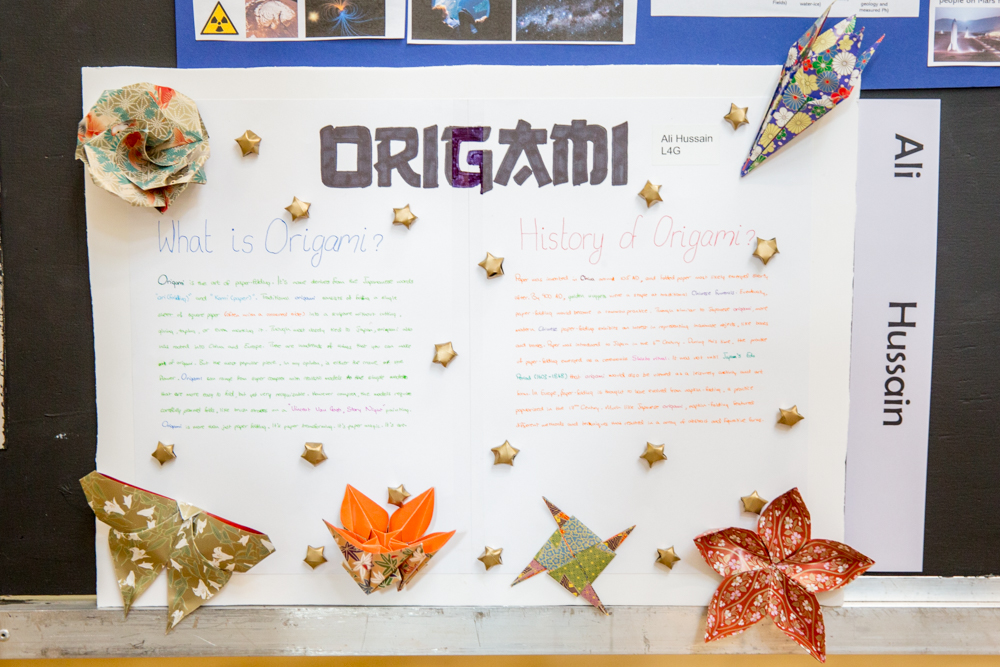 Gabriel Dryden: What are the benefits of sport? 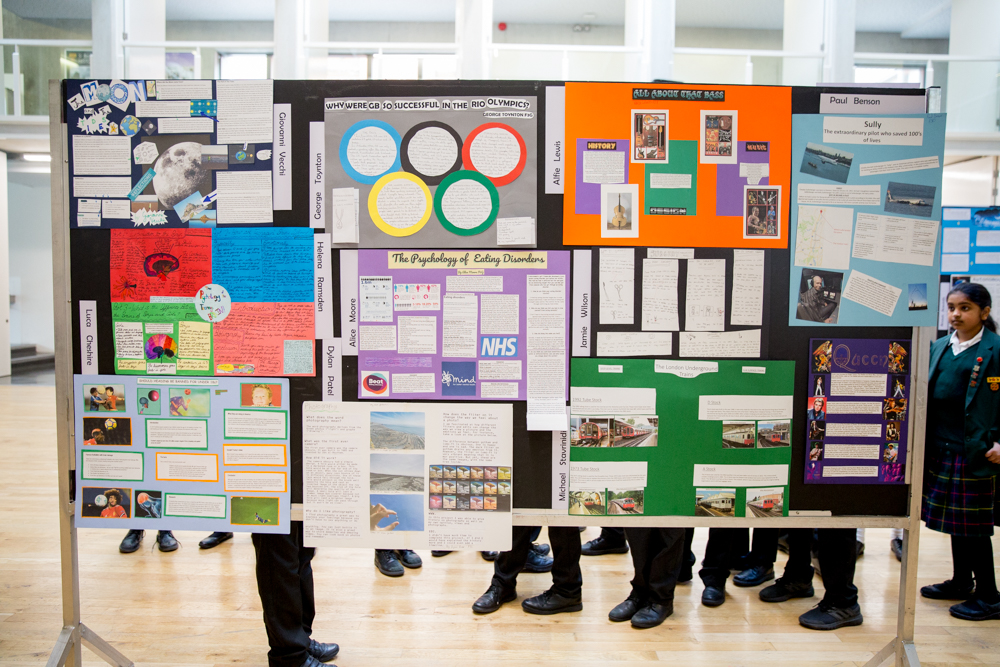 Sebastian Norman: Have aliens visited us?

Grace Rodericks: How do the beef and dairy industries negatively impact on the environment?

Philippe Seidenberg: Is buying organic produce really worth it?

Laura Wijesinghe: How do we decide which species are endangered?

Max Worrall: Why do we feel fear?

Edie BRIGHT: How does Amnesia inform us about how memory works?

Christopher Vaughan: How have UK conservation efforts helped the rhino in Africa and Asia?

Rosaleen O'Haire: The growth of renewable energy in Britain

Lea Kassouf: How did the California wildfires really start?

Katriona Reynolds-Iman: The effects of pollution on Human Health

Olakanpo Hadassah: What is the Met Gala? 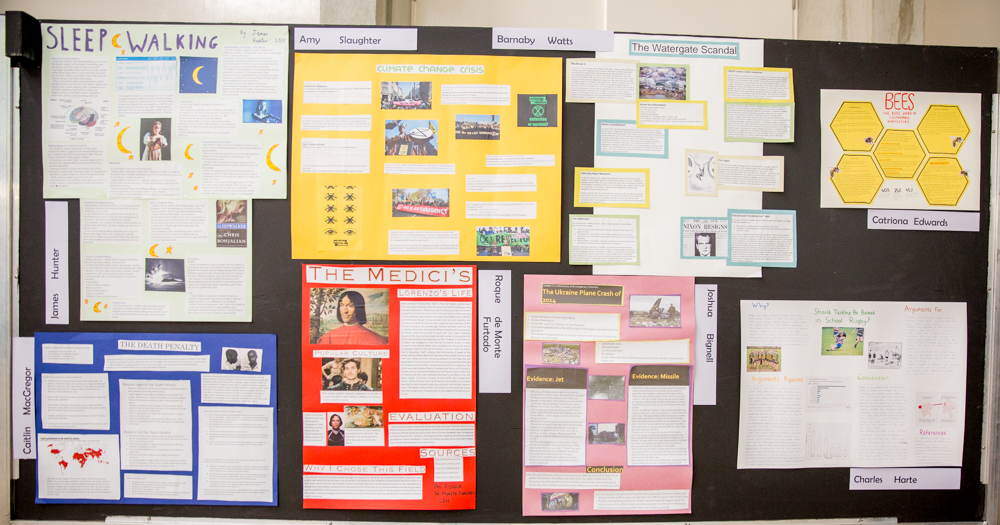 Charles Harte: Should tackling be banned in school rugby

Ryan Garvie: What is the difference between turtles, terrapins and tortoises? 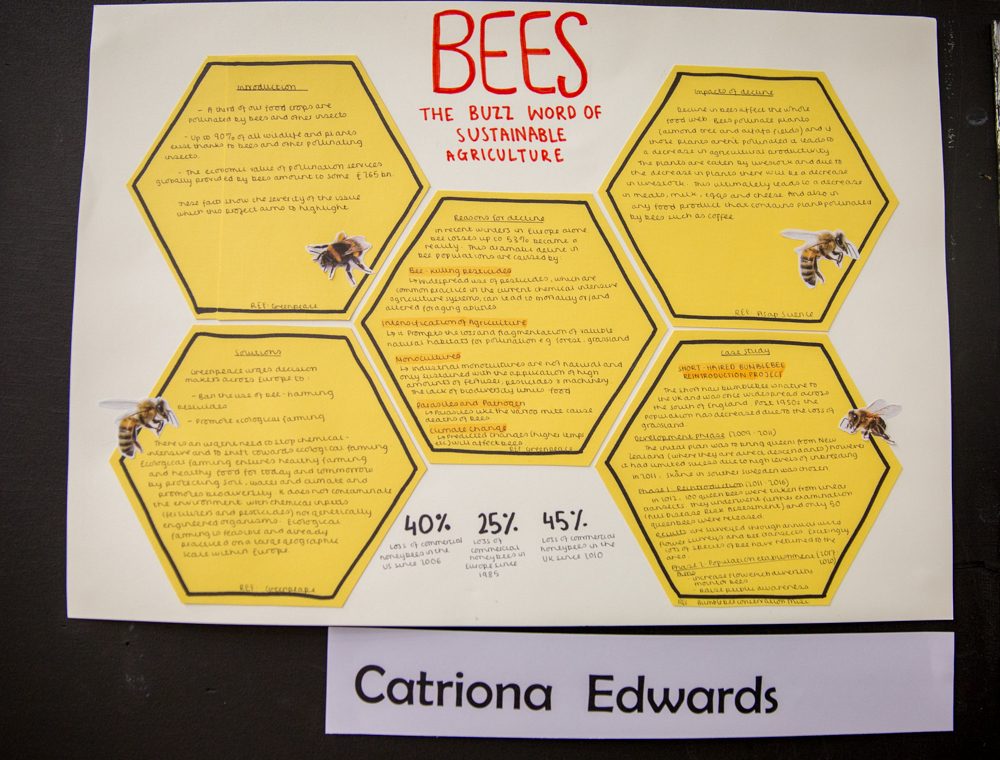 Blanca Azipilicueta: Music as a drug