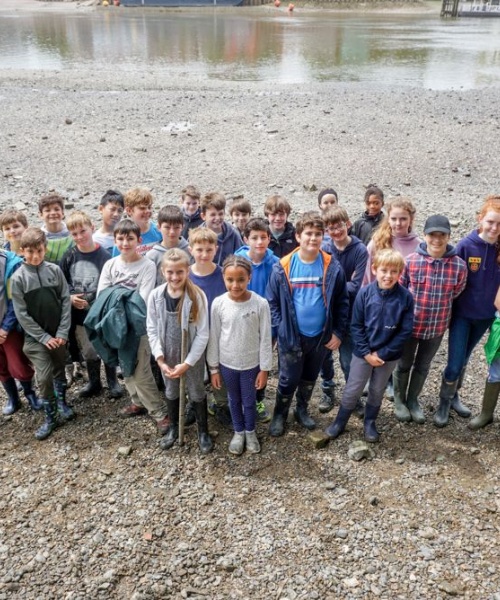 Junior School and Year 7 pupils gained an insight into the work of archaeologists, with a spot of mudlarking on the Thames foreshore. 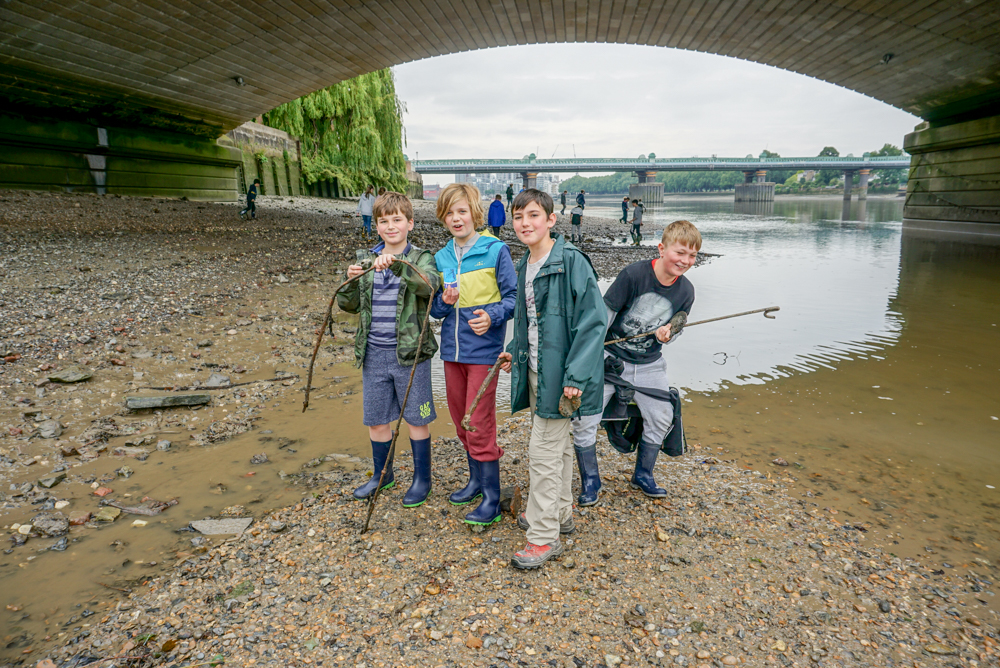 Their finds ranged from Victorian glassware to a piece of 2,000 year-old Roman pottery, found by beady-eyed Dylan Love  in Year 4. They spent the afternoon in the Fulham Palace lab, learning about what these finds can tell us about London's past. 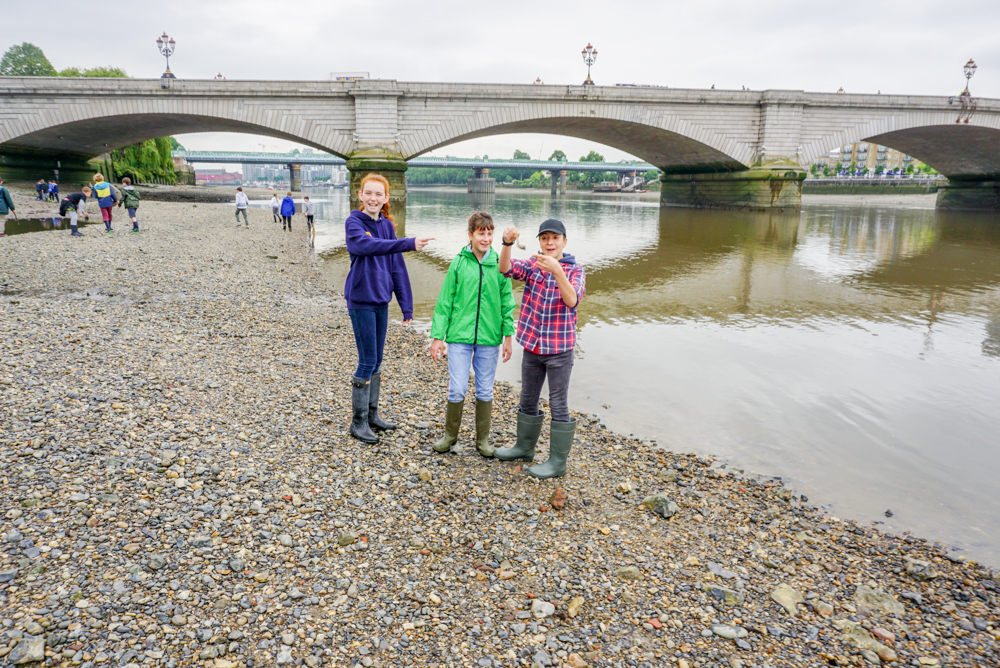 On Wednesday 19th June, the Junior School children in the Groovy Greeks and Rotten Romans hobby and some Form 3 students went to Fulham Palace for an exciting day of archaeology. When we arrived, we were greeted by our knowledgeable tour guide who led us down to the side of the Thames. We had to go at low tide so that there was some mud to stand on. We set off looking for some interesting artefacts. Some of the fascinating things we found were a Victorian pipe, lots of pretty pottery and even some bones. Dylan from Upper Prep found a 2,000 year-old piece of Roman pottery – the oldest artefact that the Thames Explorer Trust had found in many years. After looking for things for a few hours, we headed back to a classroom and learnt about some of the things that had been found in previous expeditions. We learnt some funny facts about the way leather is made. The cow skin was soaked in dog poo off the streets to get rid of hair, then soaked in human wee and then washed. Overall, it was a wonderful trip and we all learnt so much.

We started the day by going on the St Benedict’s minibus. It took quite a while for us to get to the River Thames to start our Mudlarking. When we arrived we met a man called Andy (our instructor) who took us down to the river and told us to find some artefacts. The river was so full of artefacts that anywhere you looked you found things. We found pottery from Victorian times, Medieval times and Roman times. There was also rusty metal, left over bike locks, leather, bricks and many stones. After lunch Andy explained many things about what we found and what they were used for in the past. Also with the pottery he told us how to recognise what time it was from.