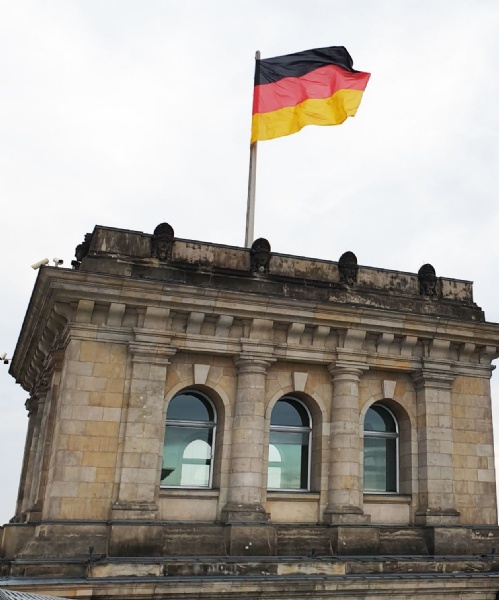 St Benedict's historians enjoyed a fascinating trip to Berlin in the summer.

The trip was led by Mr Thain:

There are few cities that have found themselves at the centre of history quite like Berlin in the twentieth century. It was therefore fitting that St Benedict’s History students marked the mid-point of the GCSEs by visiting the German capital. 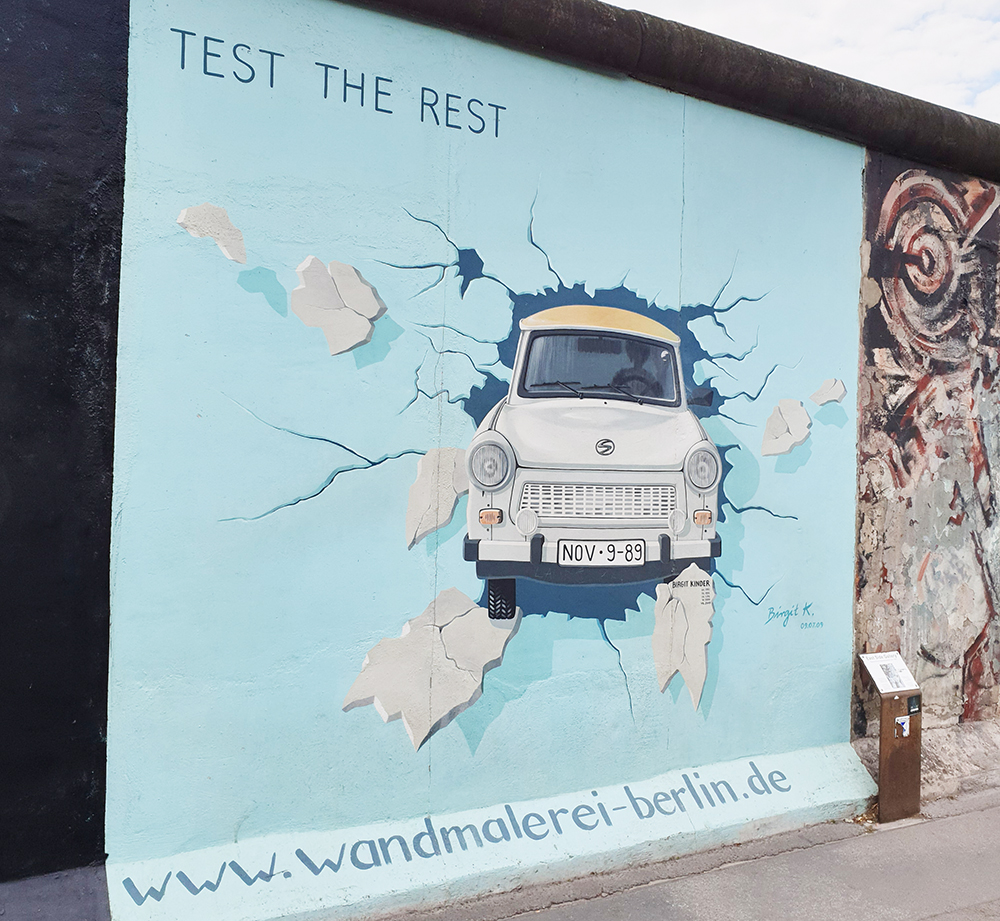 Our first stop in Berlin was the East Side Gallery, a preserved section of the Berlin Wall that became a canvas for artistic expression in the months after German reunification. The murals here capture the sense of opportunity and brotherhood felt as the old Cold War era slipped into the past. Later, after settling into our accommodation, we took a trip up to another re-purposed Cold War site, Tempelhof Airport. Originally built by the Nazis as a monumental portal to the Nazi capital, in 1948 it became the main site for the Berlin Airlift as Western pilots flew sorties to bring in vital supplies to West Berliners cut off by a Soviet blockade. Now the airfield is a public park and the old runways offer plenty of space for teenagers to let off steam. 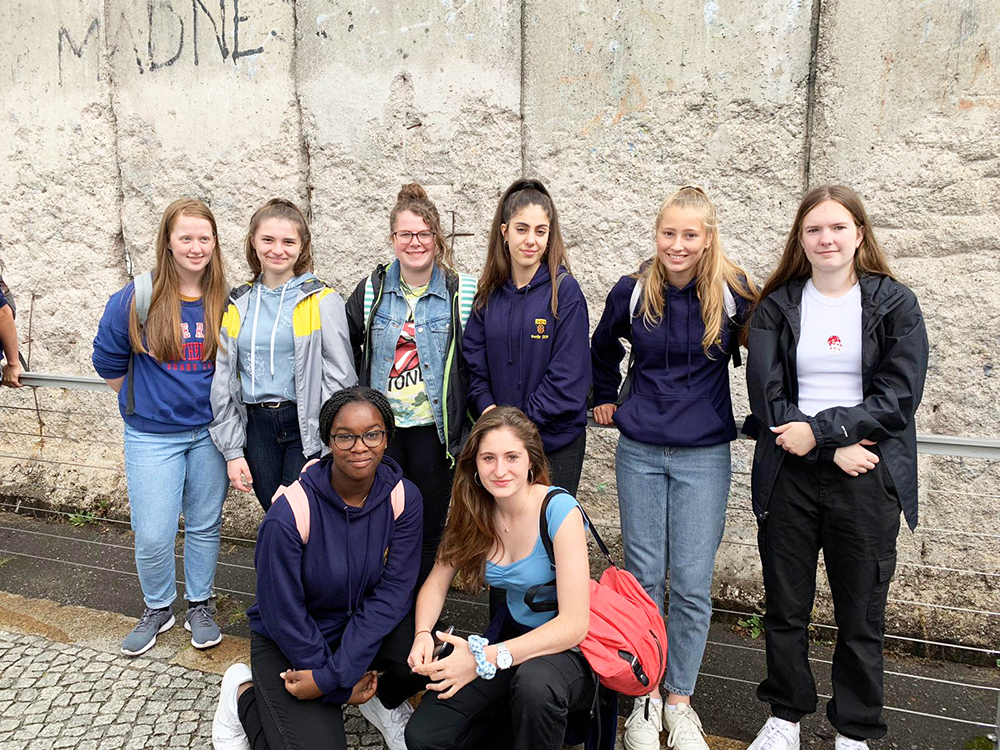 Our second day began with a short walk to Topography of Terror, one of Berlin’s newer museums. Located on the former site of the Gestapo HQ, the museum documents the repression and violence of the Third Reich and helped to focus the students’ minds for their visit to Sachsenhausen Concentration Camp that afternoon. During their tour, our students learned a great deal about the inner workings of the camp system and Sachsenhausen’s particular role in the SS Camp system.  After the brief journey back to Berlin there was a visit to the DDR Museum to learn about life in East Germany before a break from the History to go bowling. It also happened to be the birthday of one of our students, so once all the pins had been knocked down there was time for cake before our return to the hostel. 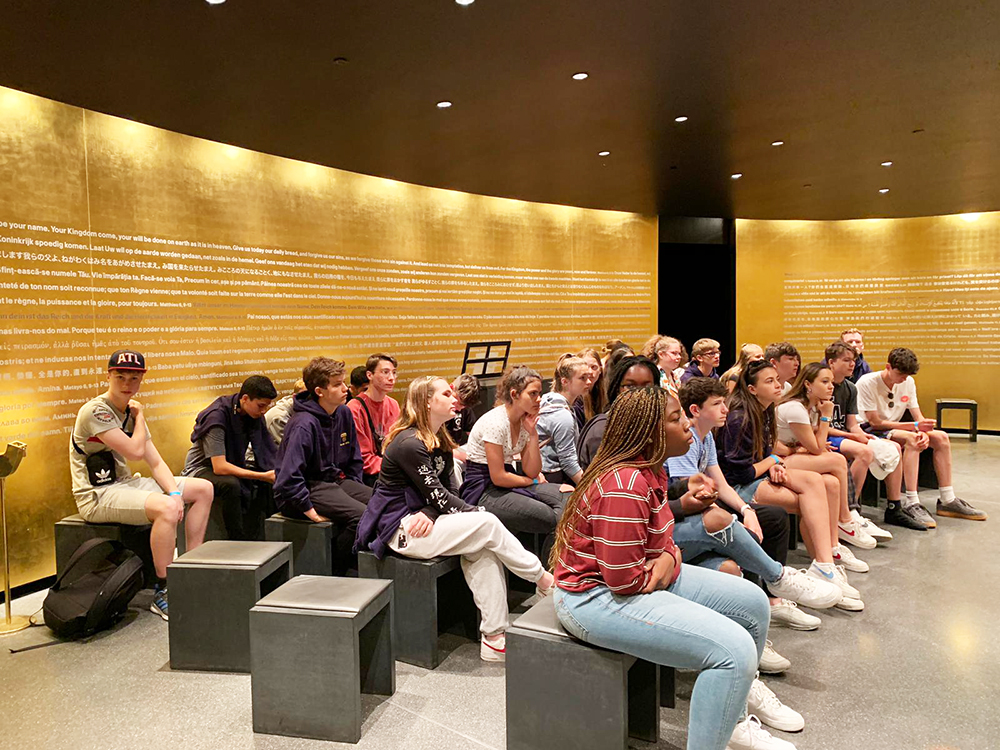 One of the quirks of Berlin’s division during the Cold War is that it has two zoos, one each for East and West. On our third day we visited the main zoo in old West Berlin, which the animals – sorry, students – enjoyed exploring; however, Ms Smith was very disappointed to discover that the polar bear cub she had expected to see resided in the other zoo in eastern Berlin! 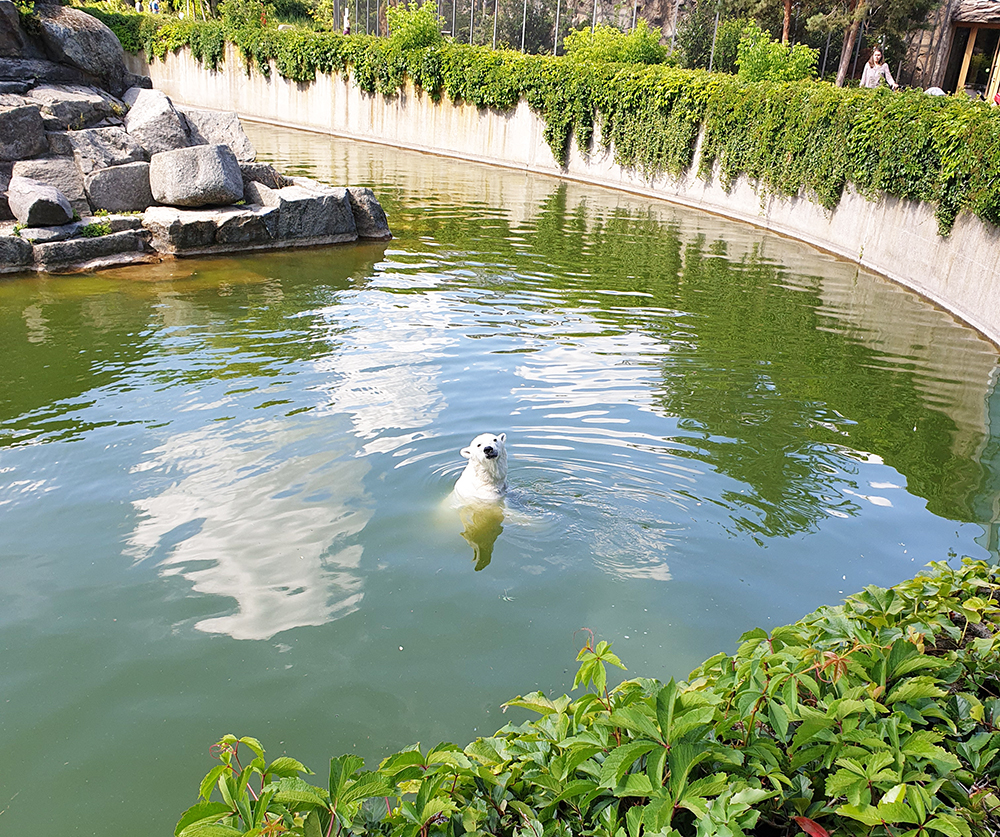 It was to East Berlin that we travelled in the afternoon to visit the Stasi Prison, where students heard about the psychological torture used by the secret police to extract confessions from those who fell foul of the DDR regime. The evening took a jollier turn with a traditional German meal in a Bierhall followed by a trip up the Reichstag dome. 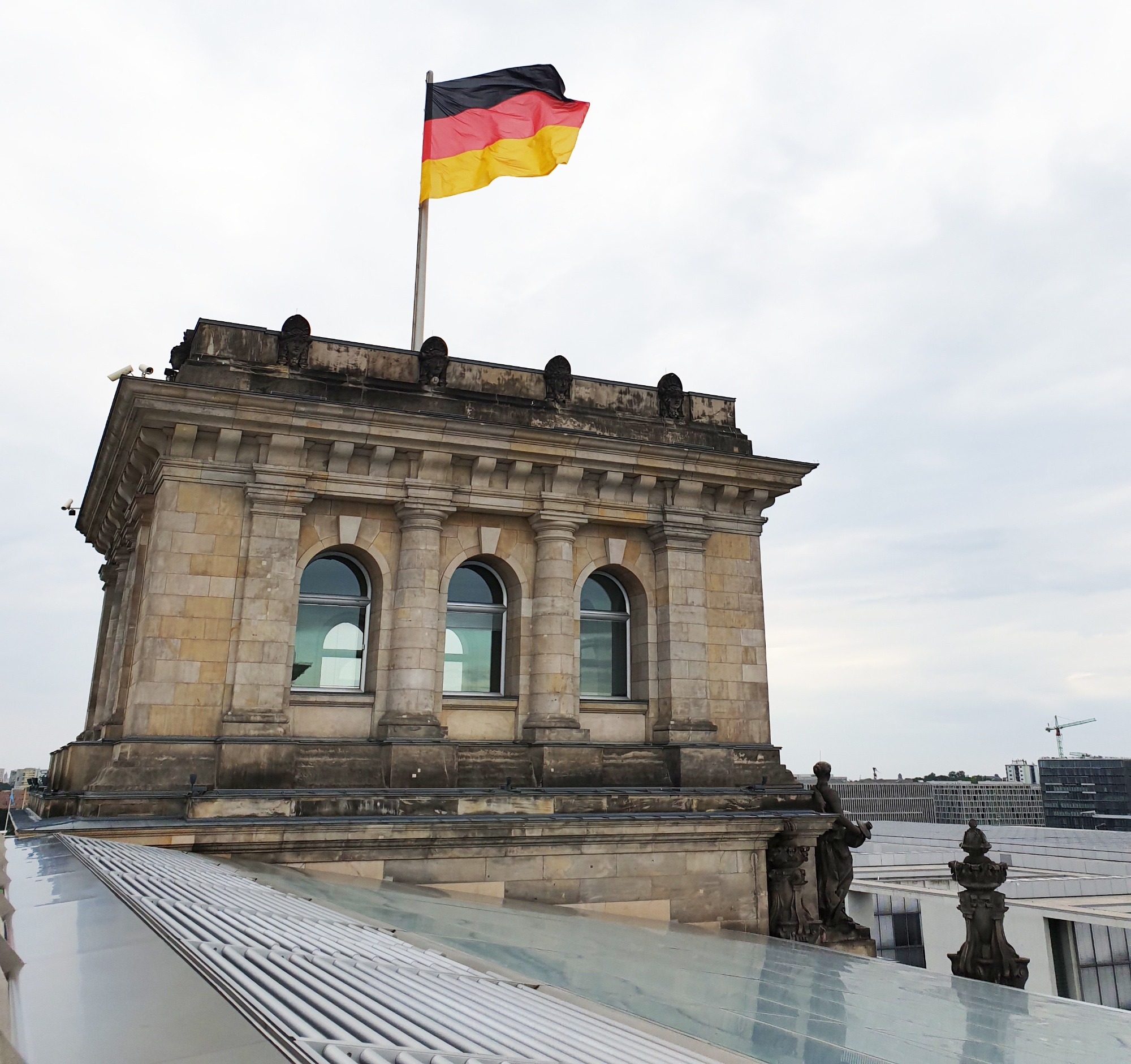 Our final full day in Berlin began with an excellent walking tour of the city, which ended at Checkpoint Charlie. After a look at the checkpoint museum, which houses an array of artefacts connected to escapes from East berlin, there was time for lunch before taking a coach to Wannsee, the picturesque Berlin suburb where Nazi leaders met in January 1942 to plan the “final solution”. 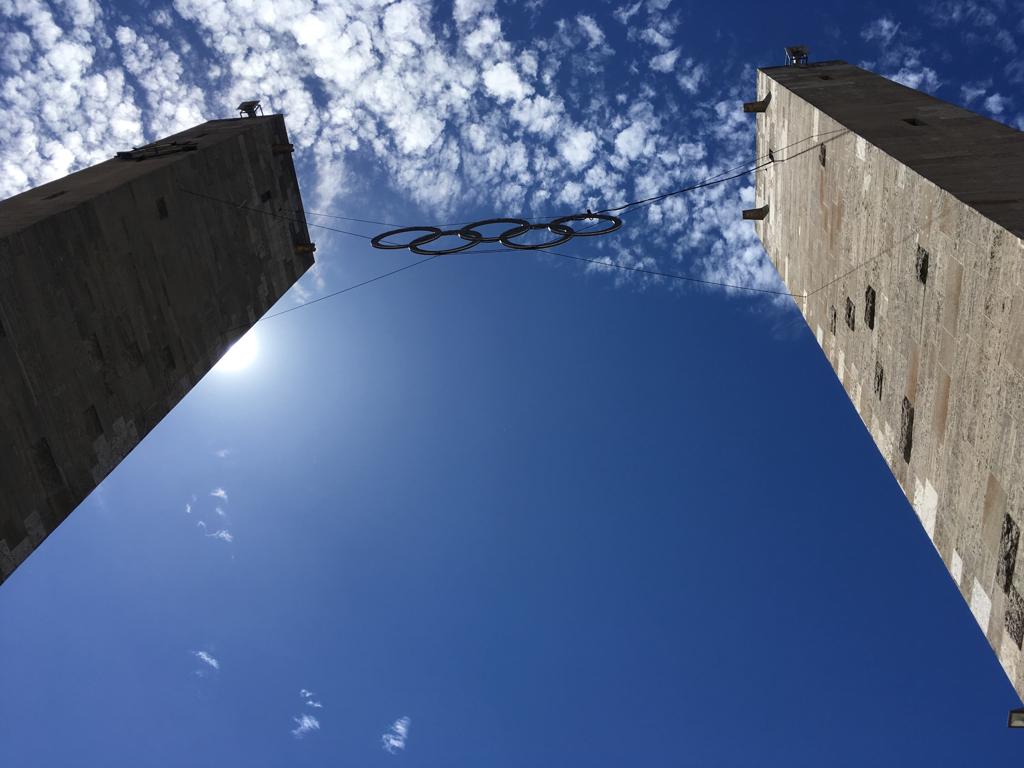 On our final day we visited the Olympic Stadium, first built by the Nazis for the 1936 Olympics. Even for someone who has visited the city almost half a dozen times, Berlin always has something new to discover and on this trip one of those new discoveries was the gilt-walled chapel in the depths of the stadium. A further new addition to the itinerary followed after some free time for souvenir shopping as we ended our trip with the Berlin Wall Memorial at Bernaur Strasse, which is well worth a visit for anyone seeking an understanding of how the wall actually worked as a defensive barrier. 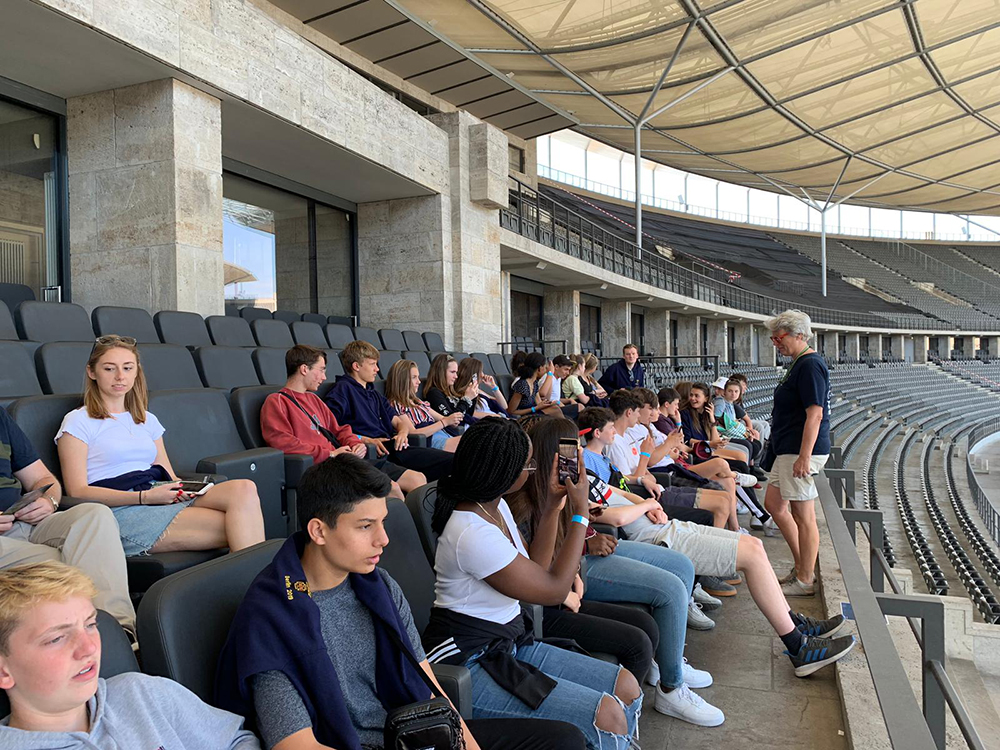 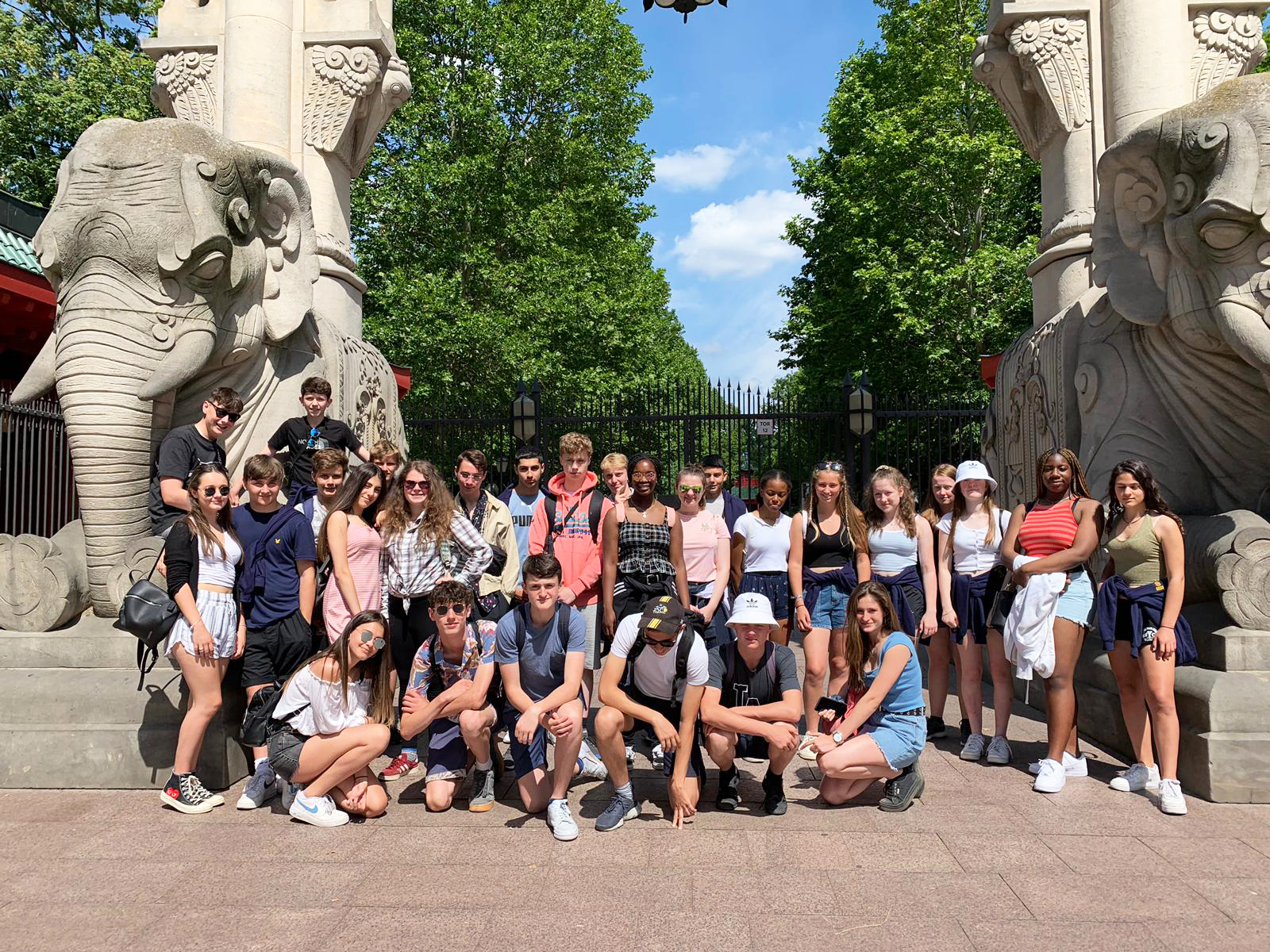 My thanks to all the students involved and especially to Ms Lee, Mr Bowles, and Ms Smith for their contributions to an excellent trip.