How effective are masks against pollution? How can a space ship sustain life if the earth perishes?  Which paper plane design flies the furthest? St Benedict’s science labs buzzed with scientific enquiry as Year 8 pupils presented their experiments to almost 150 visiting junior school children in British Science Week. 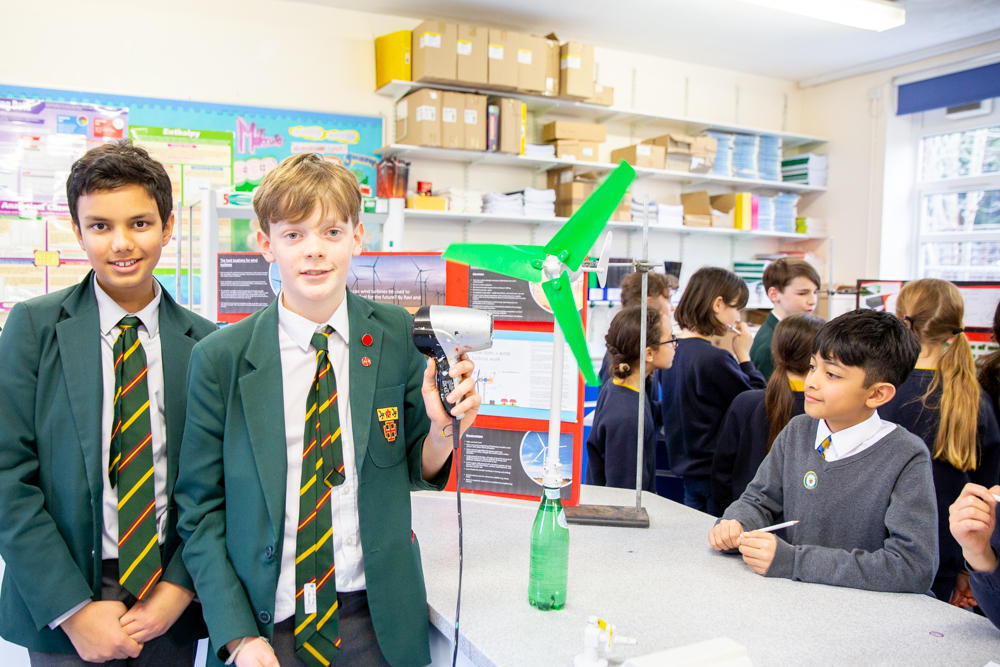 Year 8 had been working in groups on their projects in biology, chemistry and physics lessons over several weeks, devising and conducting experiments, and carefully recording their results and conclusions. They all enthusiastically explained their methods and findings, and offered some hands-on participation to almost 150 children from local junior schools. Everyone discovered interesting facts and found out about things such as How acidic is rain in west London and what effect is it having on the local environment? Are hydrogen fuel cars going to help save the planet? And Which activator makes the stretchiest slime? 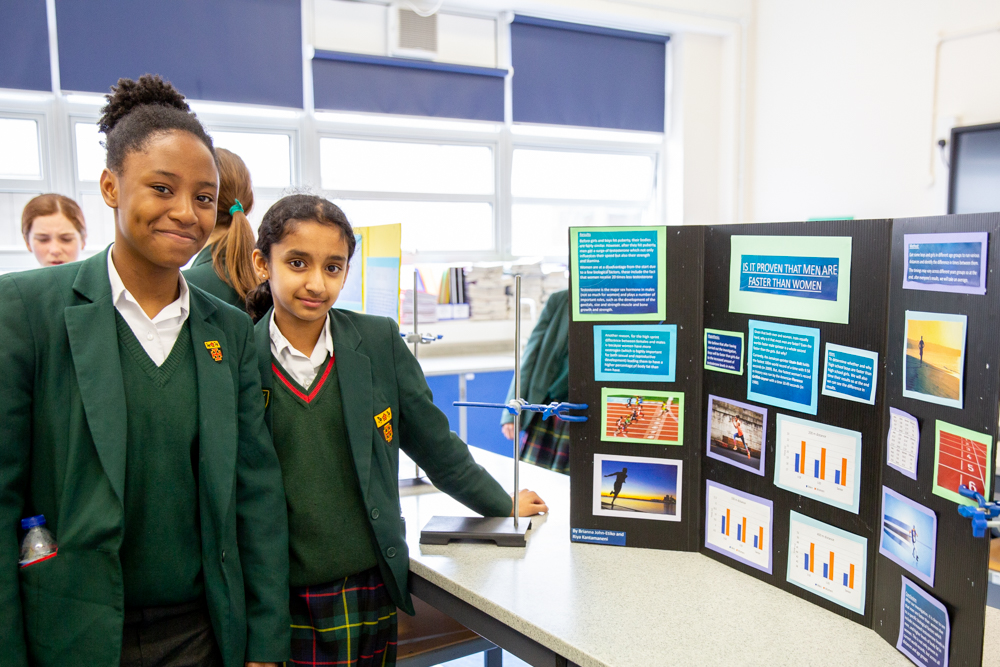 St Benedict’s Form 3 (Year 7) also attended the Science Fair, making notes for next year when it will be their turn to present their scientific research.