Careers where people like me can be happy and successful

Professor Averil Macdonald OBE led a careers event at St Benedict’s for mothers and daughters, focusing on the value of studying science and maths, and on career choice based on personal attributes and character traits. 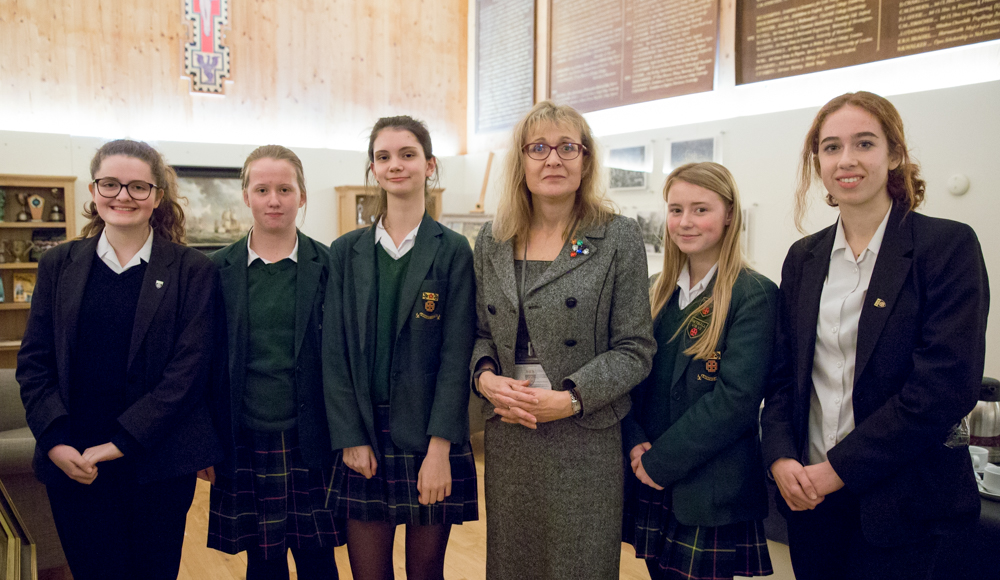 Professor Macdonald, Professor Emerita and former leader of STEM engagement at the University of Reading, ran her signature quiz, designed to highlight each individual’s natural aptitudes, and to suggest career paths from STEM qualifications where these aptitudes can best be applied.

The evening’s underlying message was that choosing a career based on who you are, as well as what you do (as defined by what you are good at), is likely to bring the most happiness and satisfaction, and that more employment opportunities will be available if A level and degree choices include science and maths.

Why mothers and daughters? “What is shown by research is that mothers are a major player in influencing girls’ choices. It is rare that those who seek to persuade girls also speak to mums”, says Professor Macdonald. "I have spent my career communicating to people about the importance and excitement of science in their daily lives and hopefully inspiring younger people, particularly girls, to study and build careers in science and technology. It is vital for our country’s continued economic health that we maintain and grow the science base, and women have had and will have increasingly a bigger role to play in that.”

Audience participation at the start of the evening confirmed Professor Macdonald’s theory that women tend to choose adjectives rather than verbs to describe themselves. From there, everyone selected up to 12 adjectives which best described their characters, and much self-knowledge was brought into play as mothers and daughters tried to decide whether they were diplomatic, impartial, inventive, creative, intuitive, persuasive, logical or good with money - selecting from a wide range of options. Filling in a matrix then revealed the professional areas which most suited each individual. There was much excitement and discussion as people found that they were essentially Persuaders, and/or Communicators, Developers, Supporters, Explorers and several other personality types. 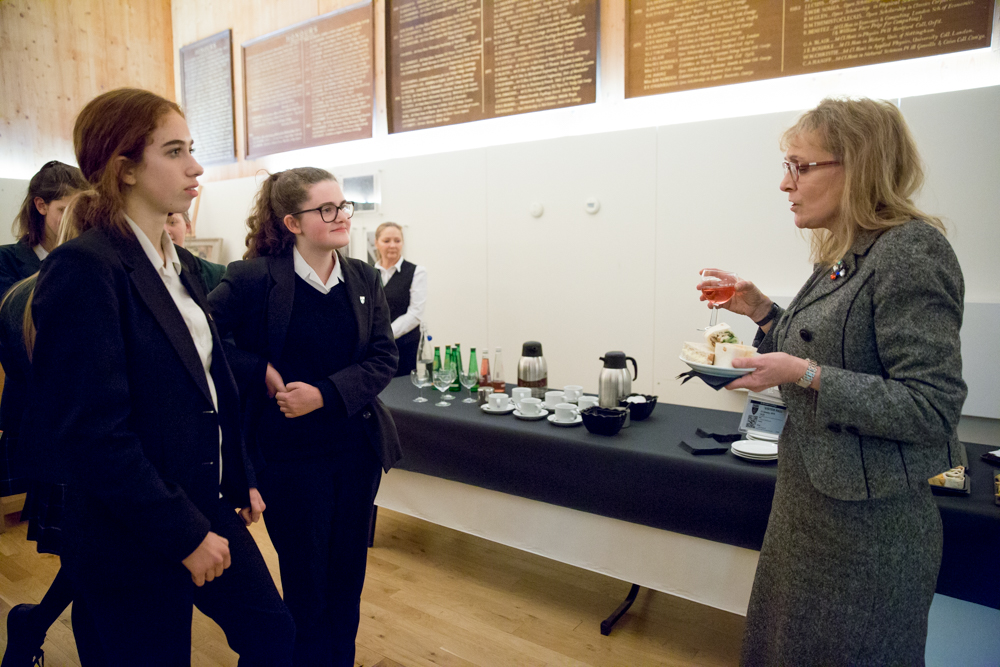 Though giving her third talk of the day at St Benedict's (she had lectured on the use of plastic and on renewable energy), Professor Averil Macdonald’s ‘Mothers and Daughters’ presentation did not disappoint, providing an enlightening, thought-provoking presentation on the science and structure of how people find careers that they become happy and successful in. As a female role-model and scientist, who has a plethora of academic achievements and a wide range of knowledge in STEM based subjects, Professor Macdonald focused on girls and their potential for and increasing need in the world of science today. Having said that she was ‘horrified to discover that the percentage of physics students that are female (in the UK) has remained stubbornly at 20%’ since she was a student’, Professor Macdonald now gives talks appealing to the younger women of society to consider science as a great possibility for a future career.

Explaining the purpose of People like me (the campaign by Wise aimed at helping girls to find great careers in science, technology and engineering) constituted Professor Macdonald’s presentation to the mothers and daughters of St Benedict’s and three other local schools (St Augustine’s, Sacred Heart School Hammersmith and Cardinal Wiseman)). Everyone was given a People like me questionnaire with one purpose: to highlight each of our individual characteristics and provide an insight into which careers these would be particularly beneficial in. Though reminding us that these were not strict instructions on which career we should pursue, Professor Macdonald showed the  questionnaire’s ability to produce an accurate answer to what type of career each of us would thrive in and suit our natural traits.

The questionnaire was composed of 44 different personality traits, and each mother and daughter ticked off  12-15 adjectives which most applied to them. Each column was labelled with mysteriously ambiguous letters such as ‘En’, ‘D’ or ‘Su’), and those with the most ticks indicated the categories most suited to each individual. An answer booklet provided us with an explanation of each character type: Explorer, Invstigator, Developer, Service Provider, Regulator, Entrepreneur, Communicator, Trainer, Persuader, Supported, Manager and Policy Maker, and the various careers connected with each.

Creating a quick, simple and efficient way of effectively providing a young person with the career paths that would be likely to suit them, this questionnaire provided a fascinating insight and guidance into the jobs that lie ahead for each of us. For example, anyone who scored particularly high in ‘Investigator’ has a logical, collaborative mind that likes to collect information and work in teams, piecing ideas together; as a result they would have been shown the possibility of successful jobs as psychologists, analytics officers, technicians and more. On the other hand, someone else could have scored highly in ‘Communicator’, revealing their skills with words and people, and their ability to explain and simplify messages for an audience; this would have highlighted their potential careers as website designers, festival directors, science journalists or translators. Therefore, the answers of this questionnaire were able to provide relevant and engaging information for everyone in the room, regardless of their interests and characteristics.

Personally, though I am a Lower Sixth student who has a good idea of what I want to do at university, the presentation still opened my eyes to the wide range of careers that I could possibly consider as back-ups, or careers that I could pursue in the future. Moreover, it broadened the possibilities of careers that many girls would never have thought about looking into, allowing each of us to leave the hall with a greater sense of confidence in the futures that lie ahead of us. Attending the talk with me, my mother remarked on how greatly the answers provided us with ‘valuable guidance and support, especially for those students who are unsure about which A levels or university courses to pick.’ What’s more, I have every confidence that many girls attending the talk will now consider a future in the jobs surrounding science, technology and engineering, allowing for a more integrated and diverse range in such important jobs.

Professor Macdonald had given two other talks to students at St Benedict’s that day: ‘Fantastic plastic: is plastic the destroyer or saviour of the planet?’ and ‘Are we ready for electric cars?’