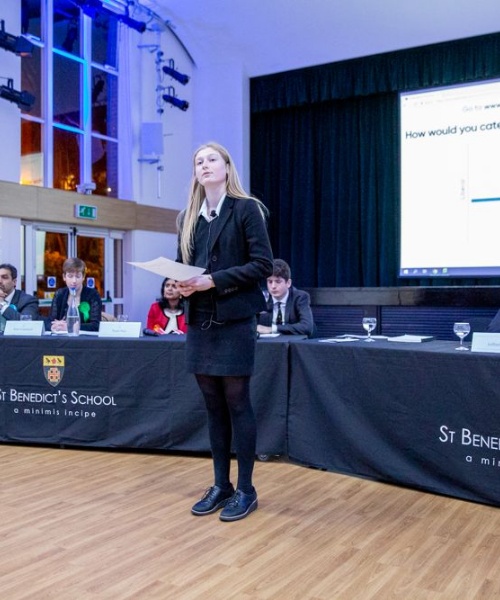 Sixth Form students chaired a hustings at St Benedict's with great skill and authority a week before the General Election, managing lively debate and probing each of the 5 candidates on their responses to wide-ranging questions. 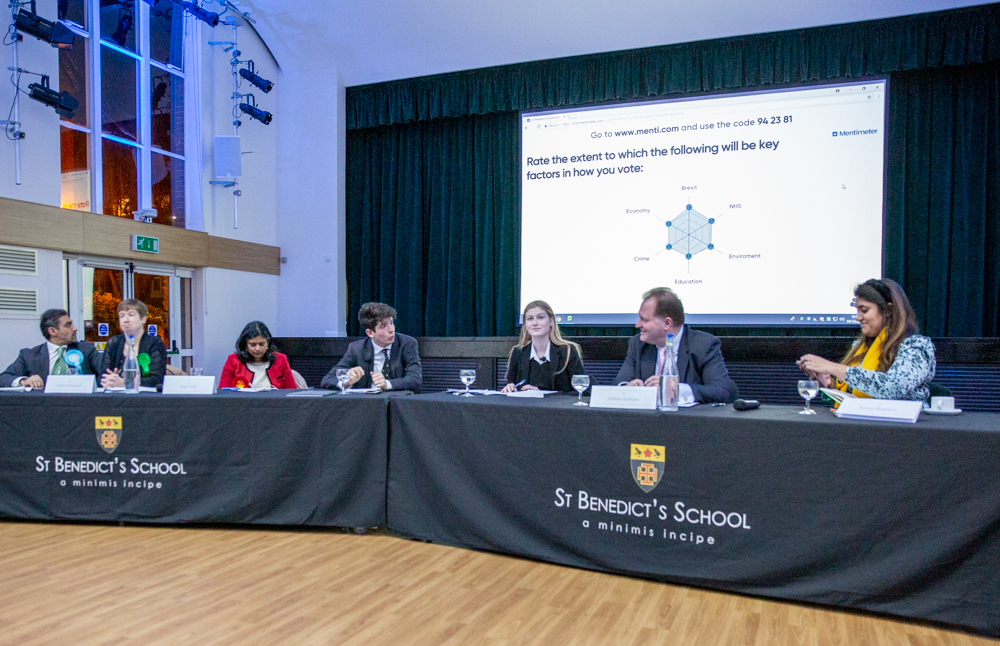 After an introduction from the Headmaster, Emily introduced each of the five candidates and the questions began:

Arguably your position, in opting to revoke article 50, runs against your own party’s commitment to democracy. Is it not in your name?

In the last manifesto, your party derided a magic money tree. Yet the government has already planned to increase day-to-day spending on public services by £11.7 billion next year. The manifesto adds £2.9 billion. Is there a magic money tree or not, especially when this spending is matched by no rises in VAT, income tax, or National Insurance?

Is it a credible position to seek to negotiate the best deal possible, then opt out of advocating  such a deal through neutrality?

We have talked about spending increases under any party, but your plans amount to £1t over the next decade and will be mostly borrowed. Surely this isn’t just a magic money tree, it’s a magic money forest?

With the rhetoric of a Parliament versus people, are you just fanning the flames of populism, and creating an environment where no constructive consensus on Brexit can be formed?

Lively debate followed, and the audience quizzed the candidates on their parties' approaches to various issues, such as knife crime, the environment, independent schools and bringing the country together after the divisions of the last 3 years. 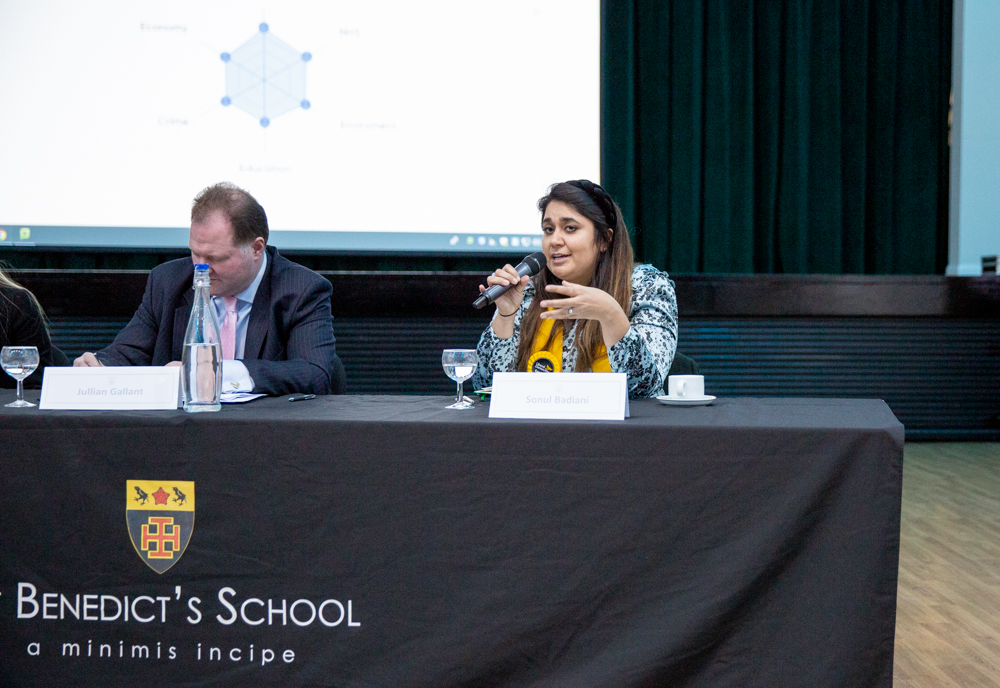 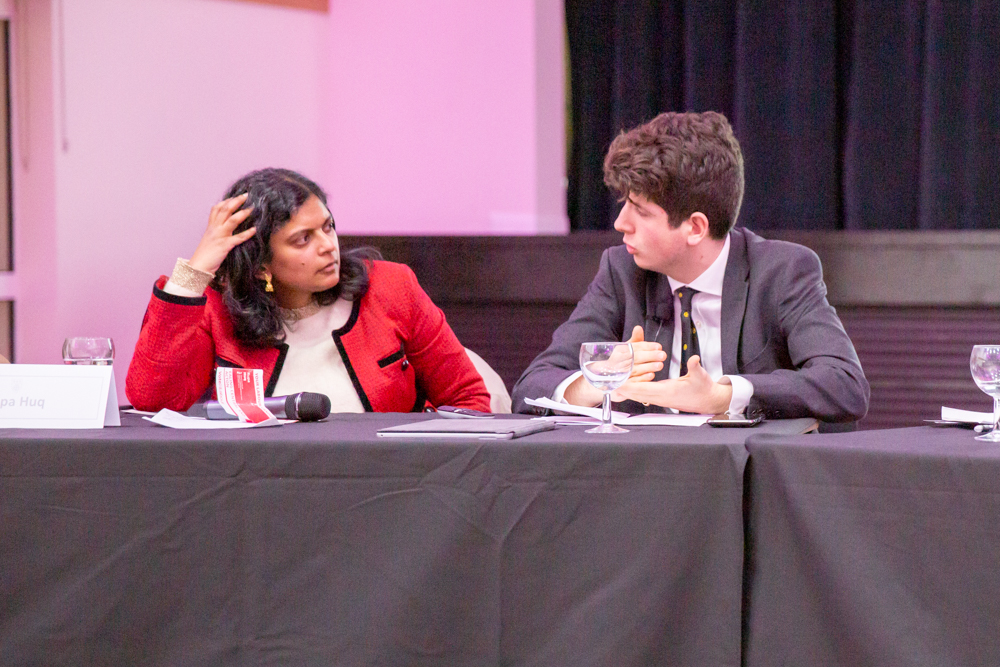 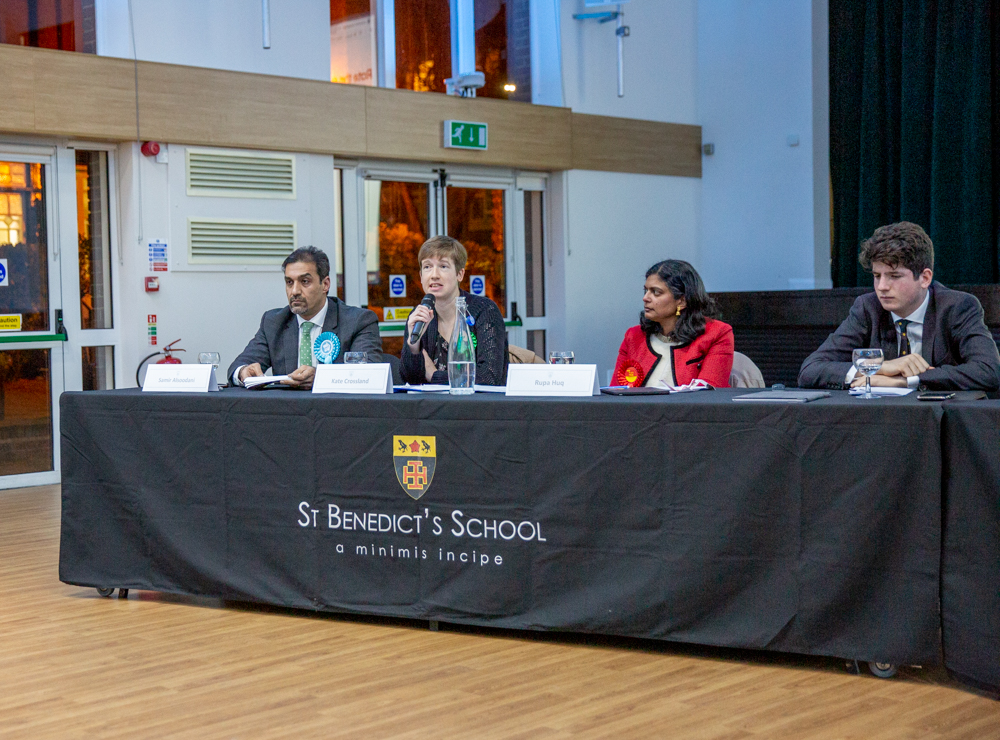 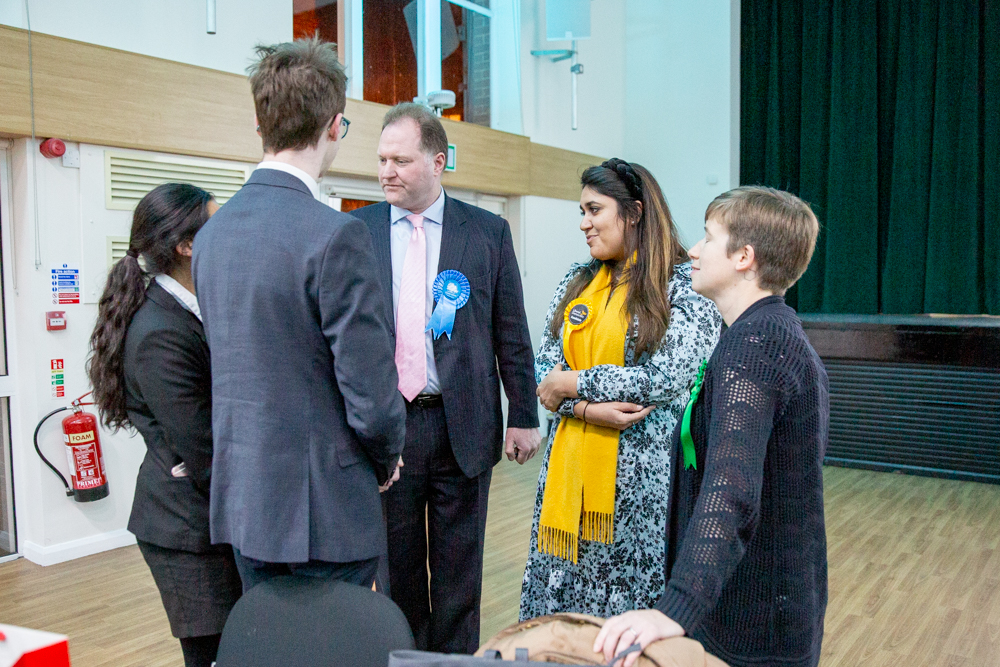 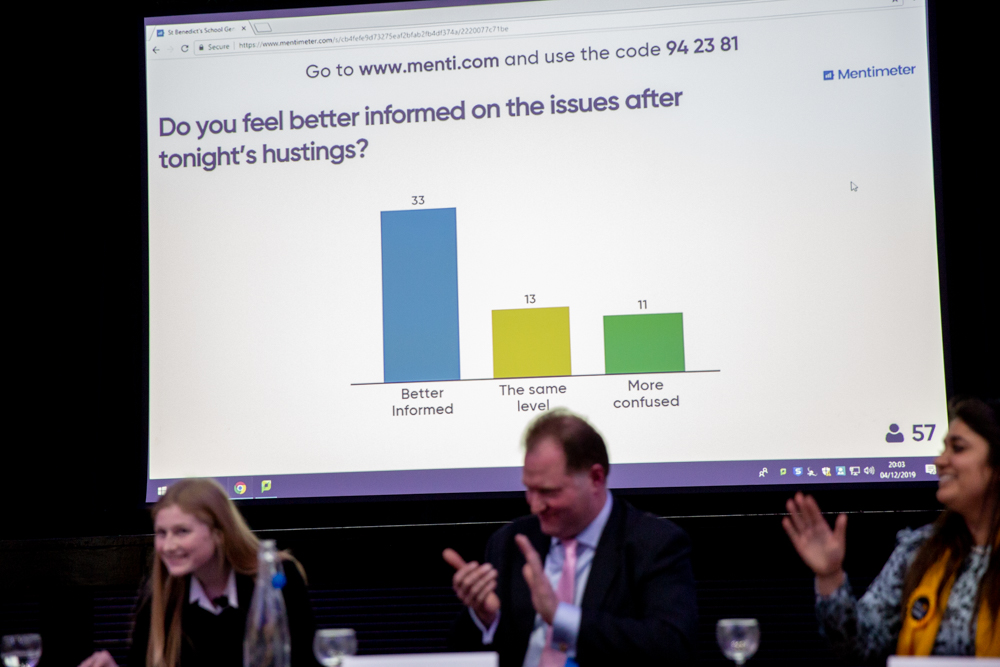 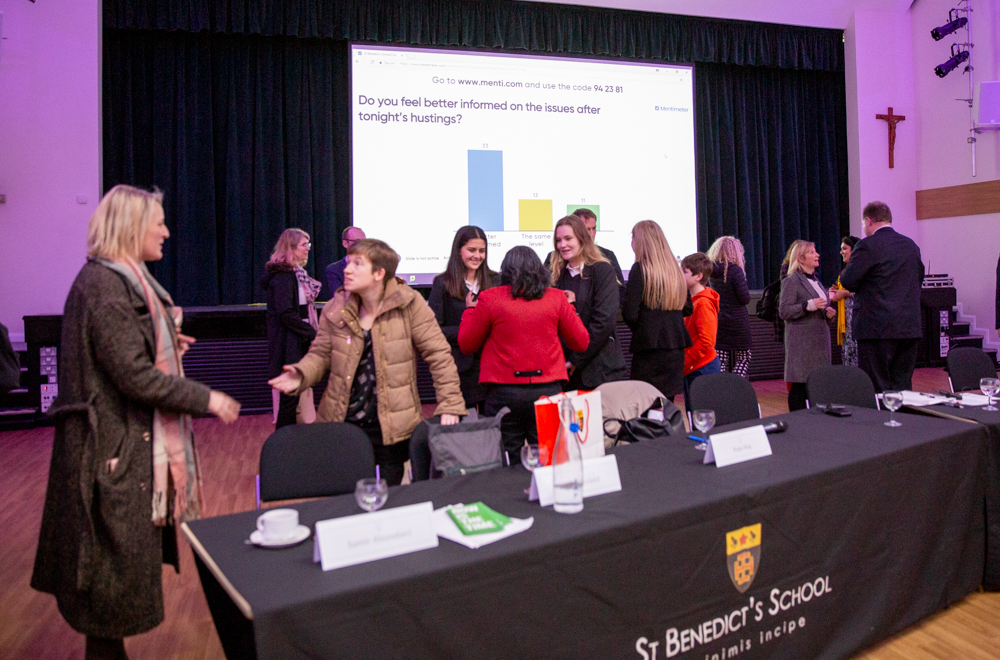