Back to Tudor England 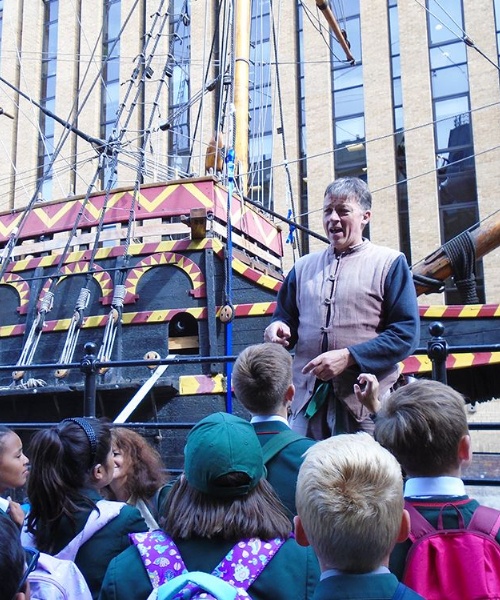 This term, children in years 5 and 6 at St Benedict's Junior School are learning about the Tudors and began their ‘Travel and Treason’ project with a trip to the Golden Hinde and the Globe Theatre. 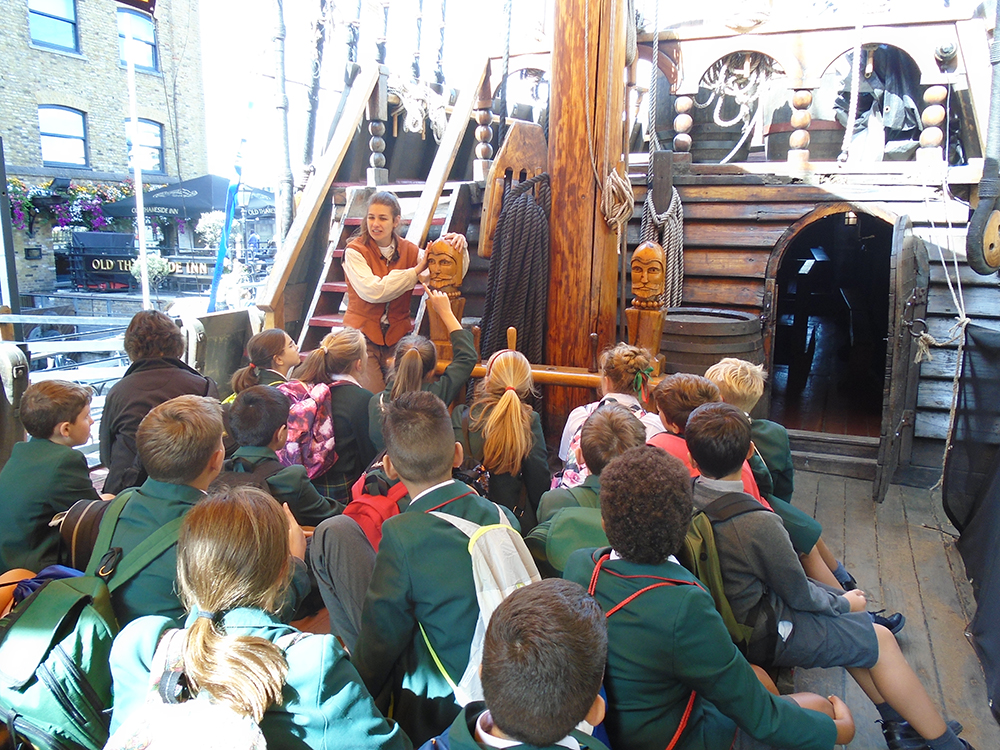 Read Imogen’s detailed and interesting account of their fascinating day:

From our coach we gazed out at London and saw the Houses of Parliament, River Thames, and The Tower of London. After this, we hopped off the coach ready to explore. 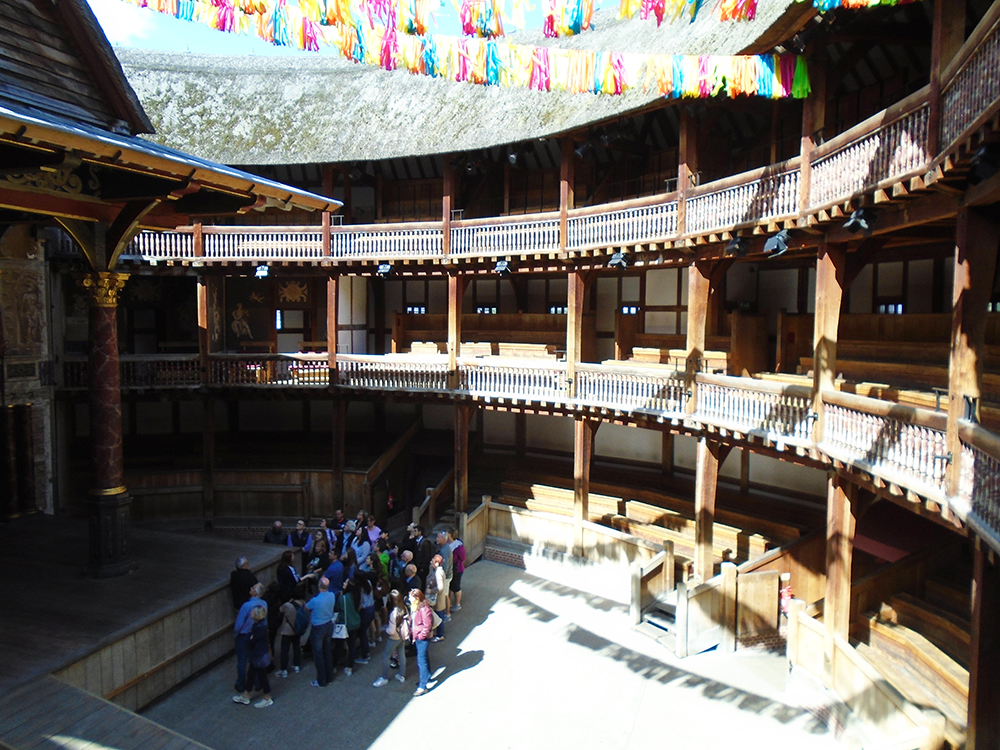 Our first adventure was at the Globe Theatre. A nice lady called Rachel, who was an actress herself, showed us round and asked us what we knew about Shakespeare. Then she showed us the stage and we sat on the top layer of the tiered seating. The theatre had an open thatched roof and it was all made out of wood (even the bolts). 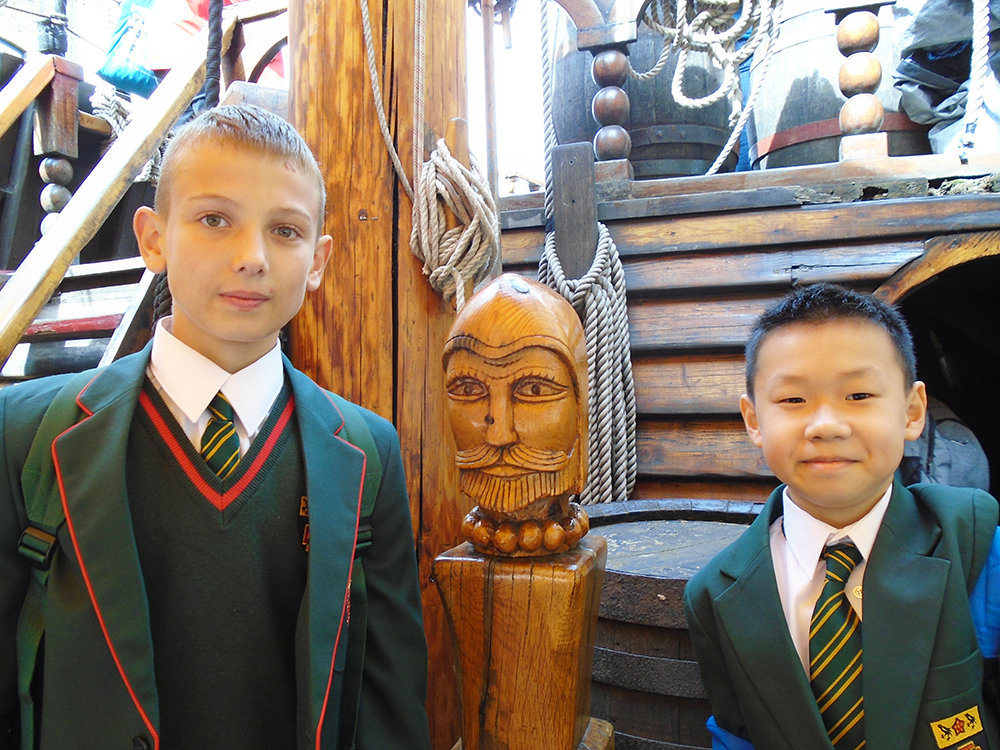 We watched a short part of A Midsummer Night’s Dream. Rachel explained that the actual Globe Theatre, which was around during Shakespeare’s life, had burnt down after a showman had shot a canon too low and had hit the thatched roof.

After that we did a workshop about one of Shakespeare’s plays, Macbeth. We had to think, act, talk, and even walk like our character. We acted out the scene where Lady Macbeth tries to convince Macbeth to kill the king. It was a very interesting and I think it brought out all of our dramatic sides. 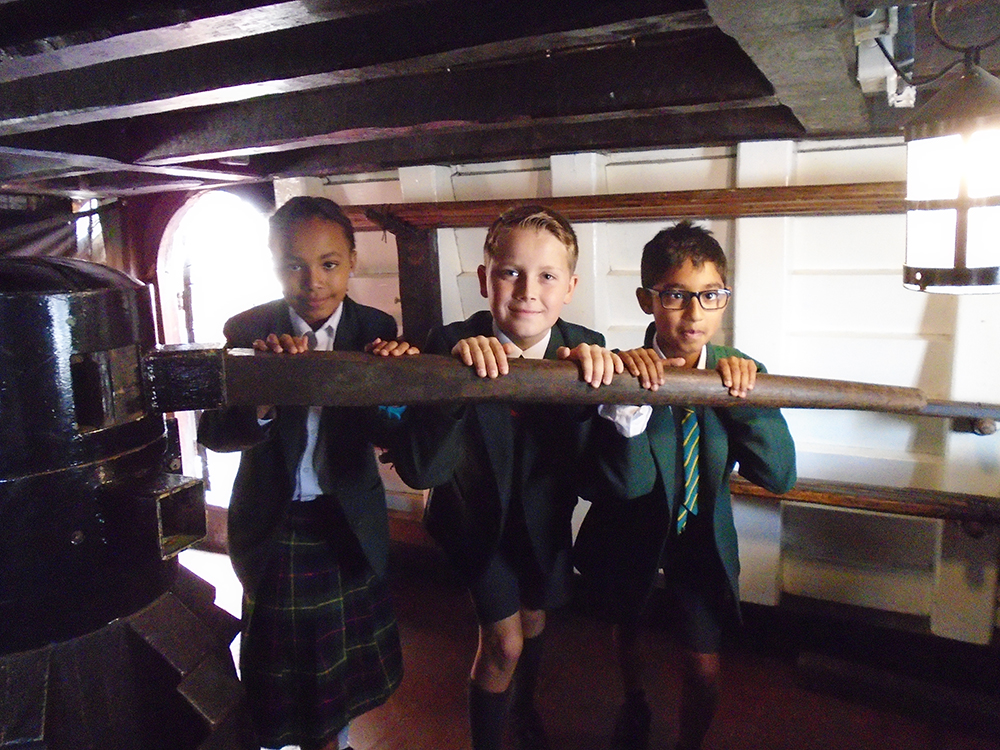 Our second adventure was on the Golden Hinde where an enthusiastic lady called Martha showed us round. She explained all features of the ships and covered the story of Sir Francis Drake. She took us to the front of the ship and asked what we noticed about it. I told her it was smaller than I expected……

While on board the ship we visited the top deck and saw where the steering wheel was and she explained that the ship we were on was unfortunately not the actual Golden Hinde but an exact remake of it. She told us how they steered the ship: they would have had only a candle and a compass to navigate. A few minutes later we went to the bottom deck where we were shown the knights’ wooden helmets which sailors touched for good luck. They also had slabs of wood they used to wrap ropes around to secure them, called pins.

On the next deck there were weapons the sailors would use to defend themselves with, along with canons. Martha told us that they had children on board the ship called powder monkeys. They were used to carry the gun powder because they were so small so could run through the decks quickly. This deck was also the deck the crew used to sleep on. The last deck was where they had their meals and would keep food and water. After that Martha showed us Sir Francis Drakes’ journey.

The tour was fascinating and we all got a feeling of what it would have been like to have sailed on the ship. It was a superlative, fun day for Form 2 and we thank all our teachers for organising it.