Michael Wood: Why the Anglo-Saxons matter 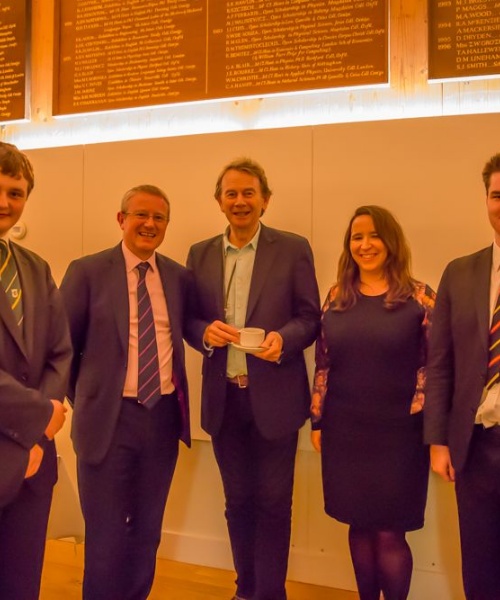 The historian and broadcaster Michael Wood gave this year's Robin Nonhebel History Lecture at St Benedicts, and talked about Why the Anglo-Saxons matter.

Michael Wood captivated the audience of pupils, staff, parents and Old Priorians with fascinating tales from some of the unique manuscripts and treasures on show at the British Library’s landmark exhibition, Anglo-Saxon Kingdoms: Art, Word, War. He covered a great deal of ground, with his customary enthusiasm and engaging, conversational style. We learned how, over 500 years, a far-flung collection of pagan tribes became a Latin, Christian civilisation; from the coming of Christianity, and the golden age of Northumbria, to Alfred and the Vikings, and the Norman Conquest: stories of men and women, kings and peasants, of the beginning of English literature and art, and the origins of England.