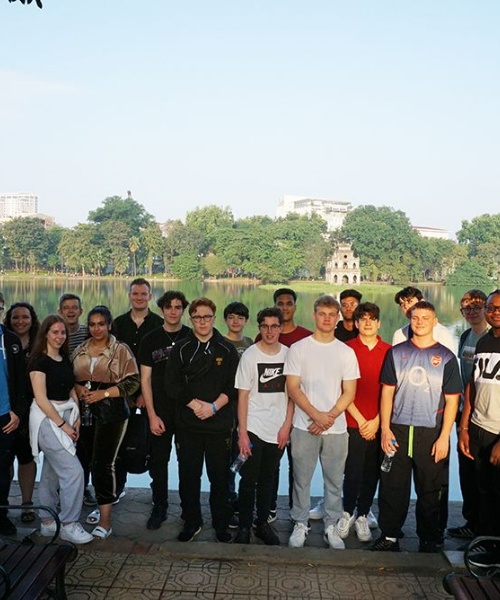 The History department led a fascinating trip to Hanoi and Ho Chi Minh City in Vietnam over the half term break. Students from Years 11 and 13 returned enriched from their experiences of Vietnamese history, culture, scenery, and definitely the food! 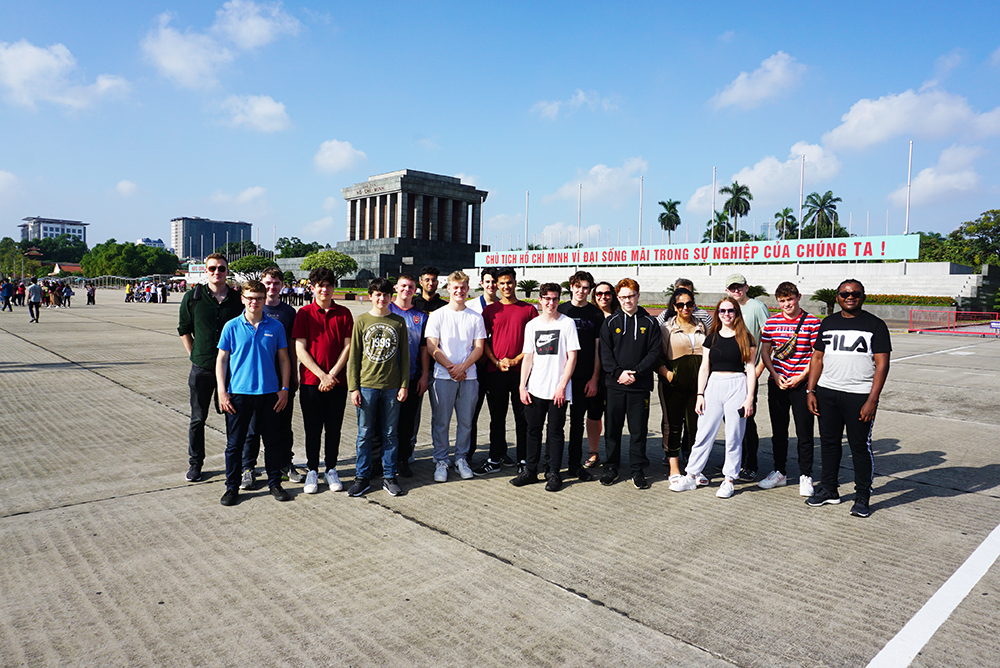 The very first day of the trip provided multiple once-in-a-lifetime experiences. Having landed in Hanoi very early in the morning, and after a traditional Vietnamese breakfast of Banh Mi (a Vietnamese baguette), we had the privilege of visiting the Ho Chi Minh Mausoleum, filing respectfully past Ho Chi Minh’s body. There were obvious comparisons with Lenin’s mausoleum in Moscow’s Red Square, and it was an excellent introduction to this fascinating country. 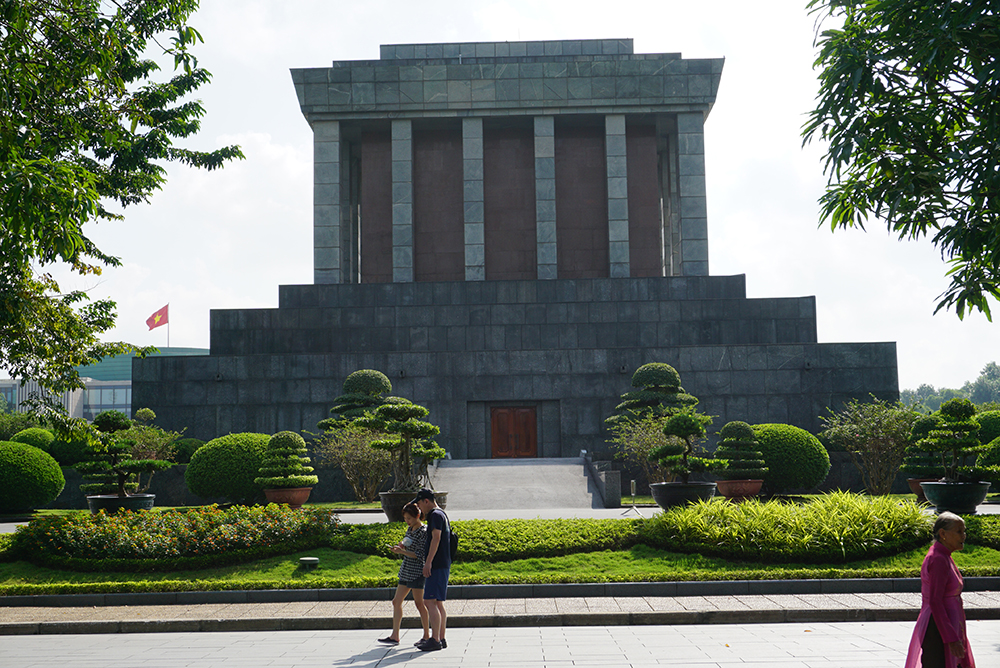 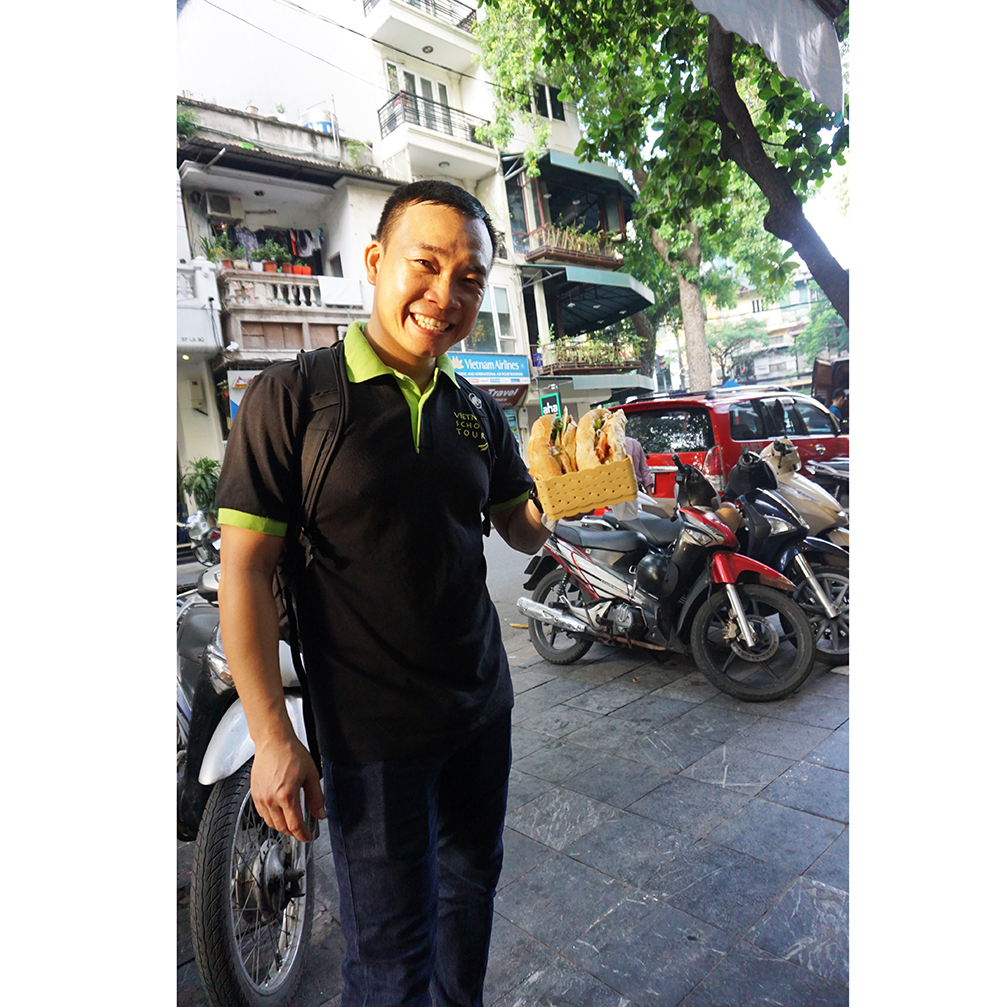 We were then given a taste of Vietnam’s beautiful natural landscape with a boat cruise around Halong Bay, a UNESCO world heritage site that has been designated one of the “New 7 Wonders of the World”. The scenery was breath-taking, and the students were given the opportunity to kayak to their own private beach where they played volleyball in the sea. We also explored some of the multiple sea caves. This was certainly an experience I don’t think any of us will ever forget. 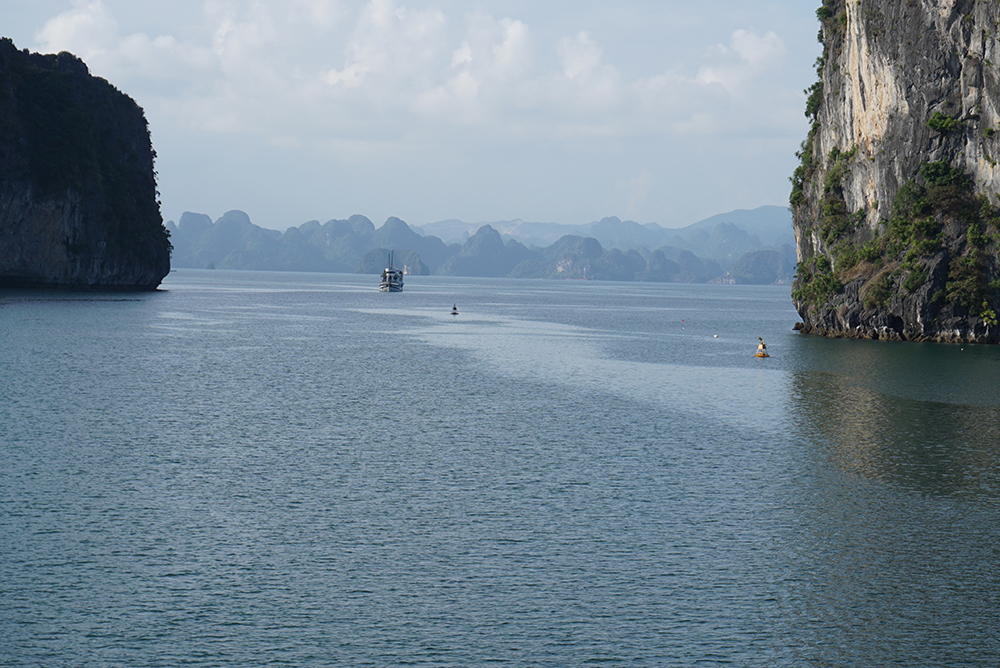 The lack of anger and vengeance in a country which has been through so much was humbling, and their determination to build their country for a bright new future was inspiring." 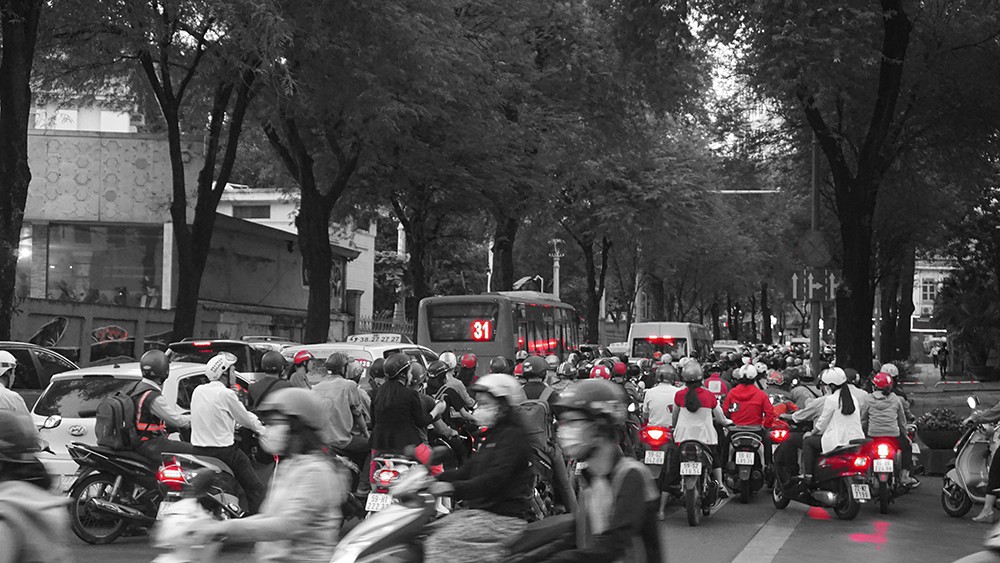 We embarked on a two hour journey to Vung Tau where we visited the site of the Battle of Long Tan (18th August 1966). There was also a chance to visit an Australian army base, and a memorial for the soldiers lost in the battle. We commemorated all the lives lost with a minute's silence. On the way back to Ho Chi Minh City, we visited a handicraft shop where we met the victims of the war who now commit their lives to producing goods made out of egg shells. For dinner, we ate at a restaurant called 'KOTO' where all the staff had come from disadvantaged backgrounds, with many of them being homeless as children. 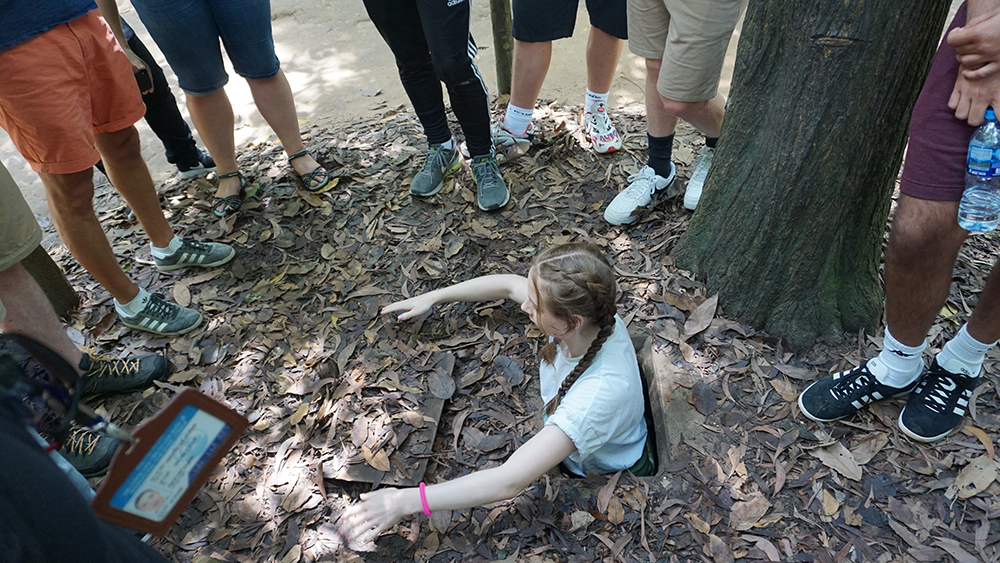 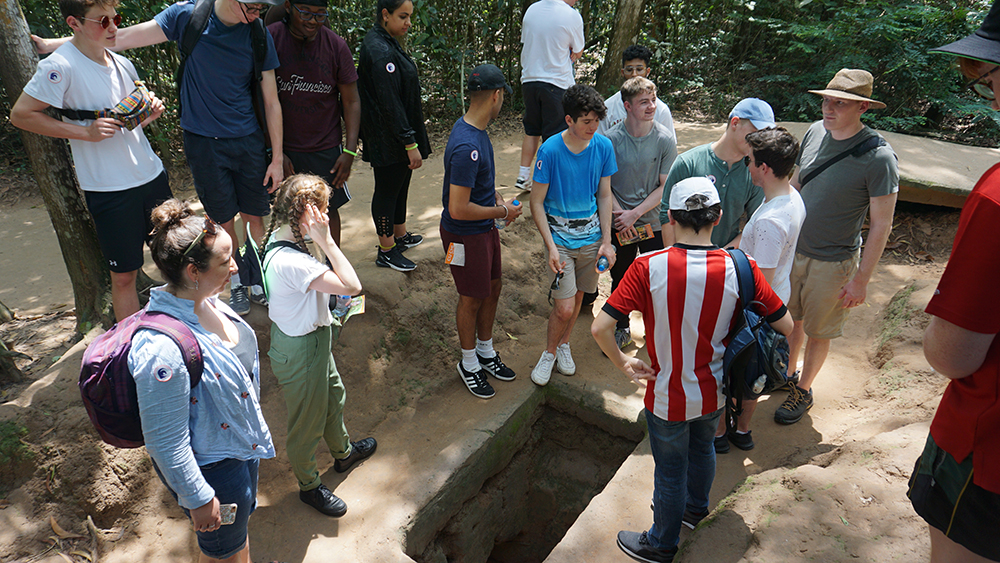 Seeing the size of the tunnels that the Vietnamese people were forced to live in during the Vietnam war, rather than just reading about it in a text book, gave us a real insight into the living conditions." 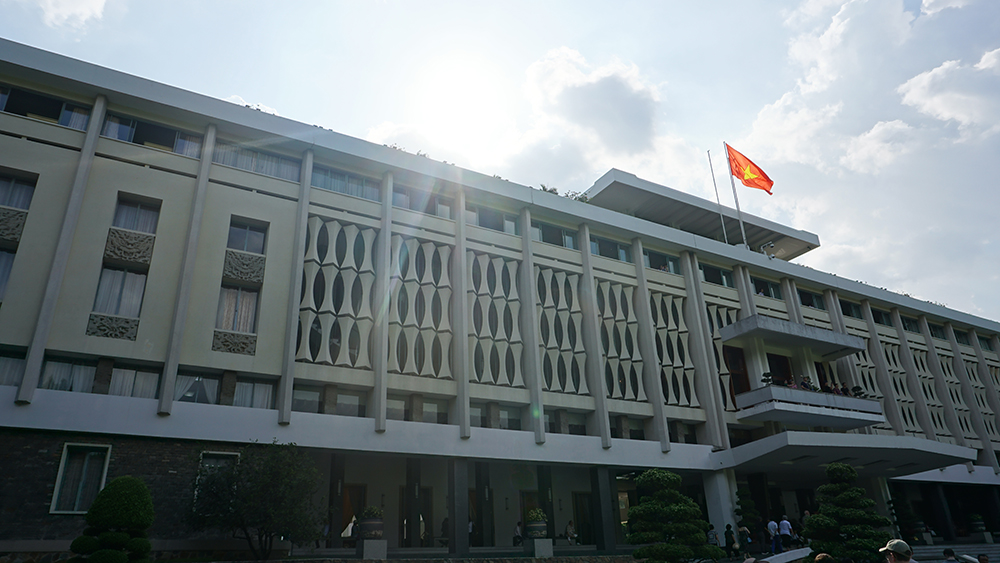 We visited the city's premier museum, The War Remnants Museum; it was studded with countless war memorabilia, planes and tanks and armoured vehicles- with one grounded American plane being a national treasure of Vietnam, all set against John Lennon's Imagine on a continuous loop and an earnest call for peace. We began on the highest floor of the museum and independently descended through each room, each wall painted with the tragedy of Vietnam's history of bloody conflict. One room, the room of historical truth, showed the prevalence of propaganda in Vietnam: though our views on history are so shaped by similar yet less coercive national narratives, there were some very interesting interpretations of truth to say the least. From here, we headed to Diem's presidential palace, now the Reunification Palace. The Palace seemed more mid-century hotel than museum. But upon entering the subterranean maze of perfectly preserved former military bunkers and strategy rooms, one could really imagine what it was like before the North took Saigon. The evening was finished off with two excursions, both enjoyable and historical: we first went to the Rex Hotel bar where US journalists would receive military briefings, then an unassuming noodle bar tucked away in a bustling district. Yet this belied its huge role in history, where once covert Vietcong diners could ask for the off-menu ox tail, a code word that would escort them in to a secret room above. Here, the 1968 Tet Offensive was launched. If Cronkite and the press could see that the psychological defeat inflicted on the US came with a side order of noodles. 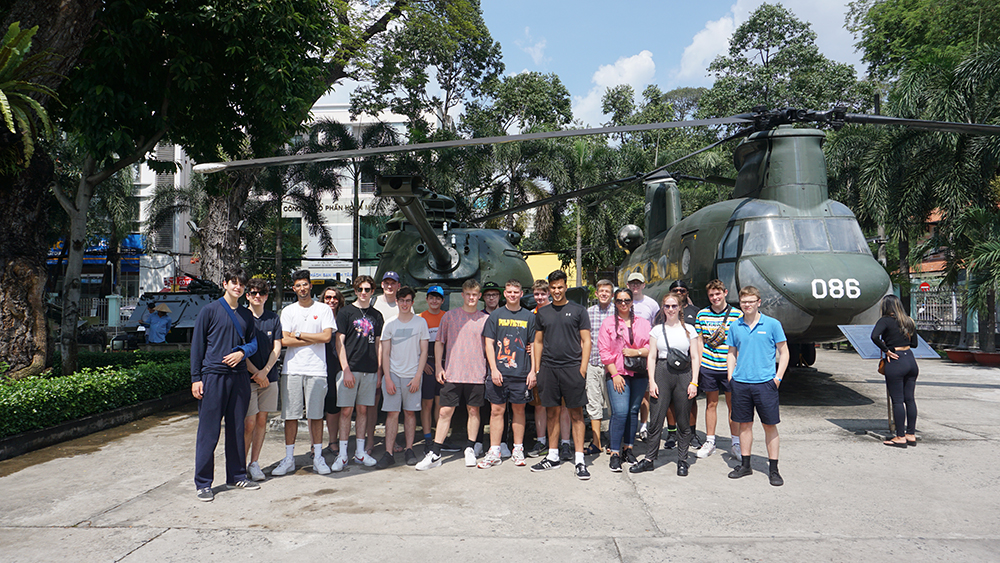 Upon entering the subterranean maze of perfectly preserved former military bunkers and strategy rooms, one could really imagine what it was like before the North took Saigon."

Our first activity of the day was a race around Ho Chi Minh City. We were given 10 clues to find land marks, and needed to complete various challenges. We needed to work together and use orienteering skills to figure out locations on a map after we had figured out the clues. We also needed to use all the skills we had cultivated over the course of the week, such as talking to the local people, bartering and navigating the city. In the end the team that I was a part of ended up winning, and we got a trophy for our effort.

All in all, this was a fascinating trip, and, I would go as far as to say, a life-changing experience. It provided all of us with a much greater understanding of our studies of the Vietnam War, and particularly of the Vietnamese experience, which is often neglected in our western orientated textbooks. The lack of anger and vengeance in a country which has been through so much was humbling, and their determination to build their country for a bright new future was inspiring. The 11 hour flight and the shock of the jet lag were definitely worth it. 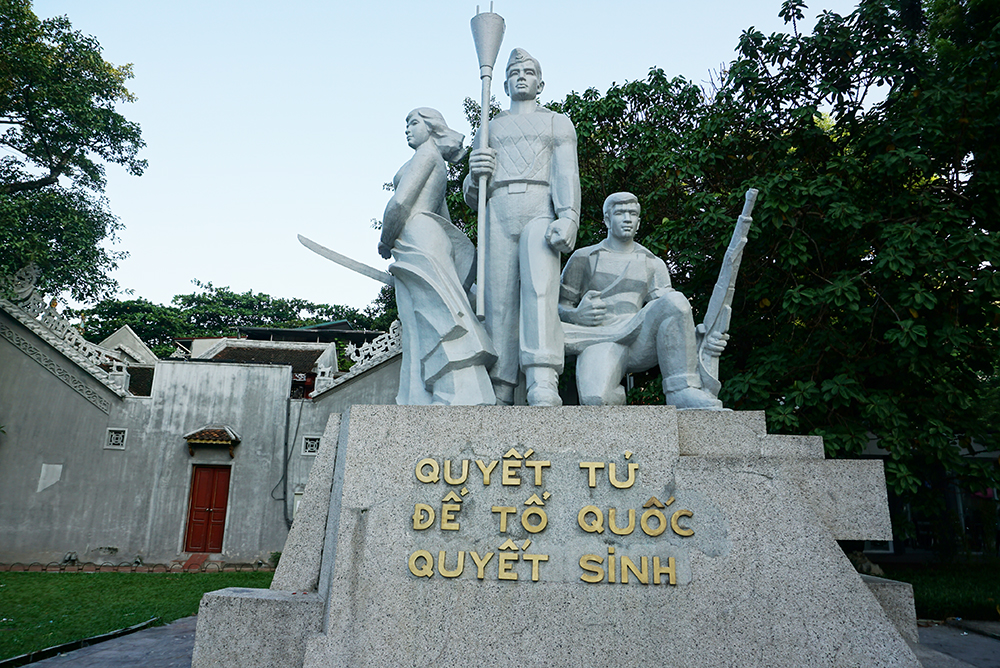 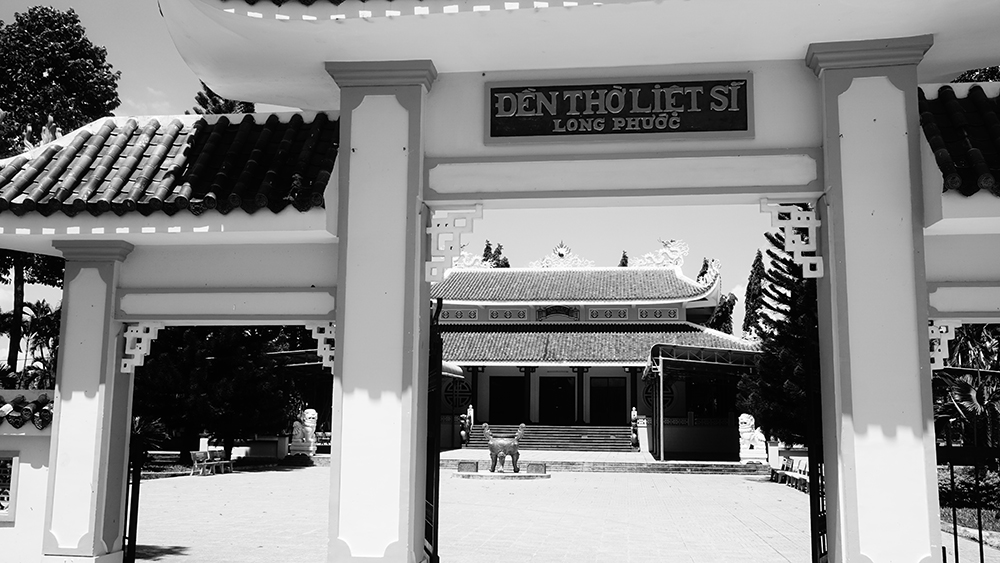