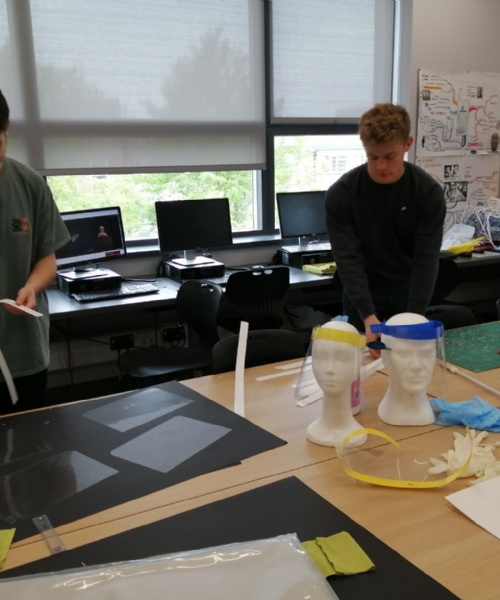 Students and staff at St Benedict’s have made over 3,000 protective visors for frontline NHS staff, carers and key workers in Ealing and beyond, in response to the coronavirus crisis.

St Benedict’s DT teacher Mr Mendes, assisted by a team of sixth form volunteers, has been producing this essential PPE  since mid-March, with distribution coordinated by Mr Ramsden, St Benedict's Deputy Head. The school has received many requests for the visors, from hospitals, care homes and GP surgeries in west London, including West Middlesex University Hospital, Georgian House Nursing Home and Florence Road Surgery, Ealing. The visors have also been distributed further afield, to care homes in Hertfordshire, Warwickshire and even North Wales, and to the Met Ealing Police.

“I have designed the visor to be made of one whole strip of polypropylene that goes around the head and holds a protective shield made of clear acetate”, said Mr Mendes. “We have a fair amount of polypropylene in the Art and Design department, for our school projects, and we had a few dozen acetate sheets. After two days we had used all the acetate available in school, having produced nearly 150 visors. After that, St Benedict’s staff came together to donate more acetate and, over the Easter weekend we received enough acetate sheets to produce almost 2000 visors and counting.” 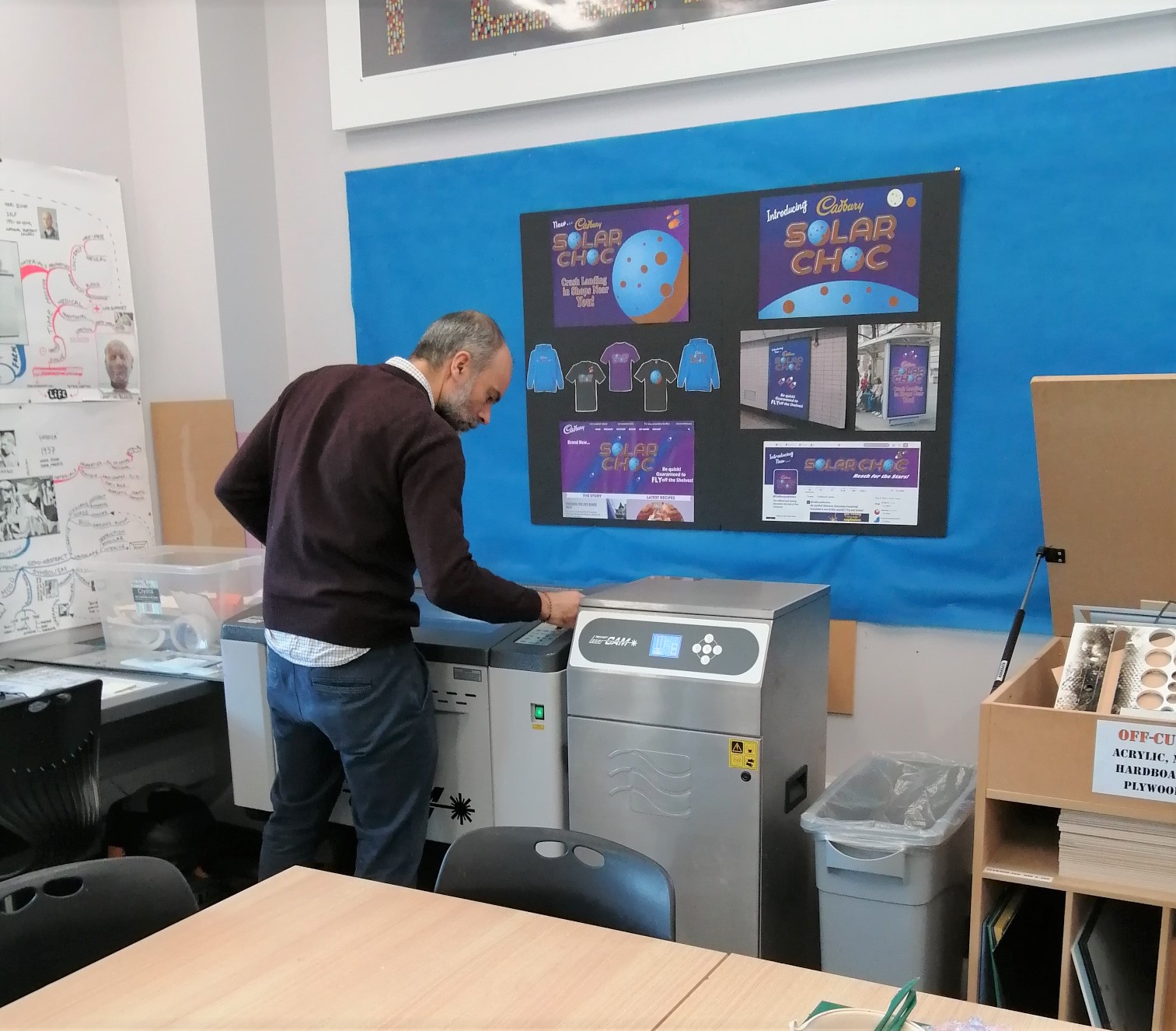 Ted Traeger, who is in year 13 at St Benedict’s, and one of the student volunteers, said: "I've enjoyed these sessions as a way to help those in the community and those in situations worse than ours. It has been a valuable and enjoyable time."

"Helping out with making the visors in the ADT department during these times was great, given that we were able to get out and do something impactful", said Evan Hobson, another year 13 volunteer. "Let alone were we doing something to help out the key workers in the local area, but it was also nice just to have a (socially distanced) face to face chat with someone outside my household!"

Andrew Johnson, Headmaster of St Benedict’s, said: “I am very pleased that we have been able to make a contribution, in support of the courageous work being done by NHS and care workers.”

In addition to providing PPE, St Benedict’s also donated its science lab protective equipment, such as goggles, gloves and sanitisers, and is providing daily care and supervision for the children of key workers. 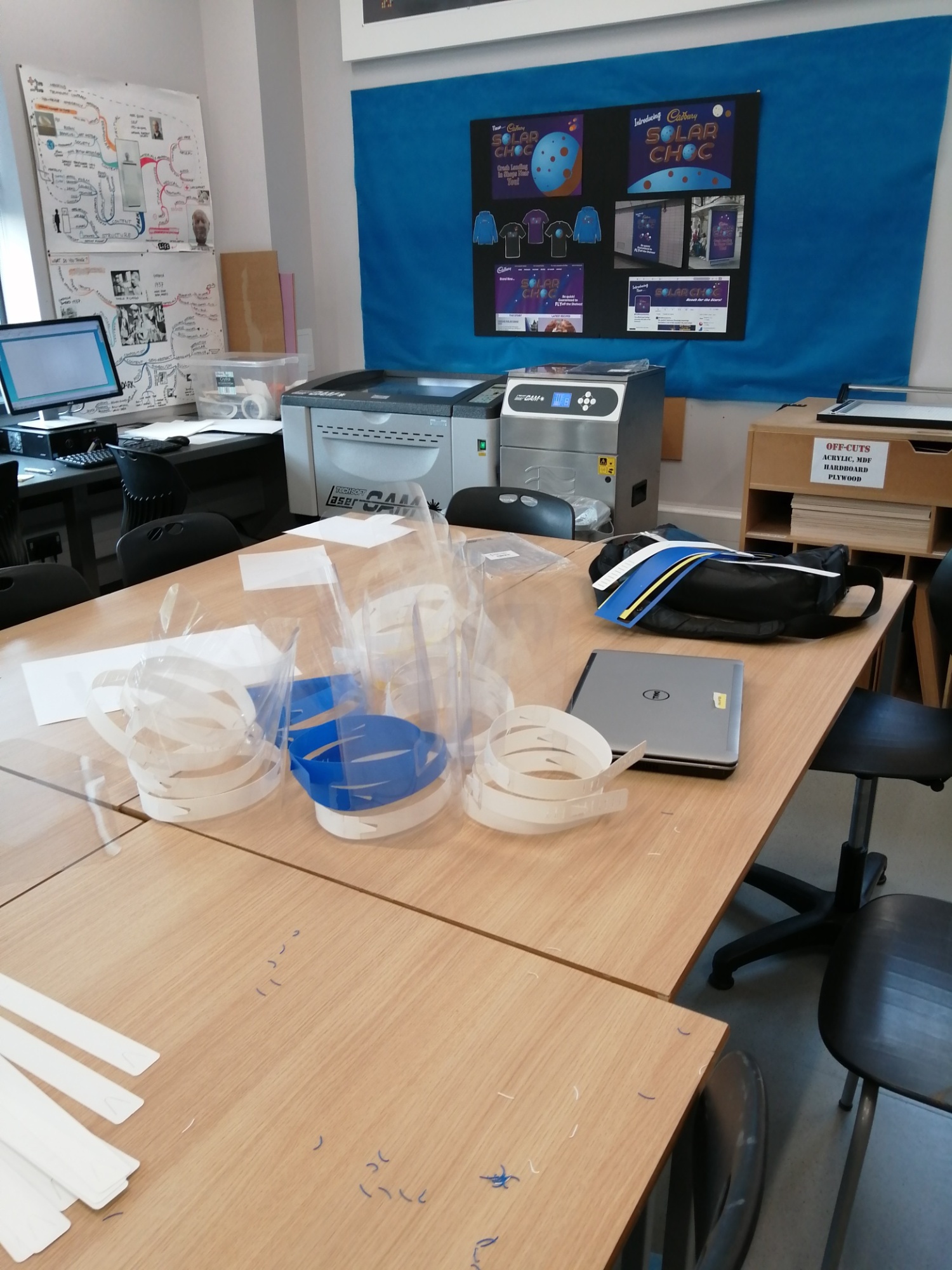