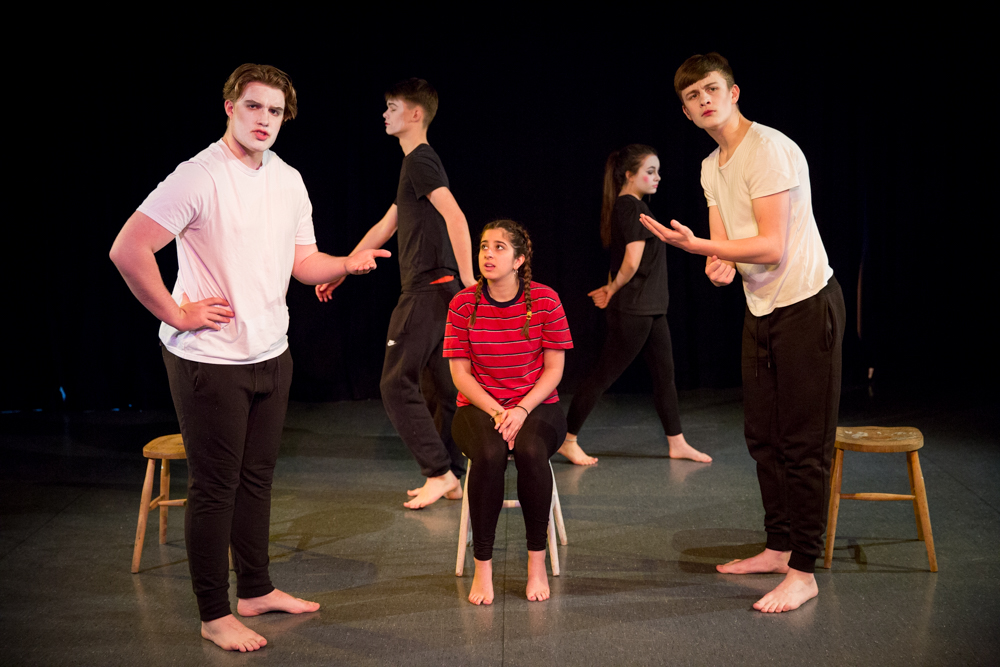 The performance was created by Greta Azzopardi; Edward Moss; Iman Naini; Finn Keelan and Jack Leonard, and centred on the character of Abbie Smith.  Influenced by glossy advertising images and desperate to fit the ‘perfect image’ needed to succeed in Media, Abbie seeks the help of the dubious Cosmetic Surgeon, Dr Rajesh…. 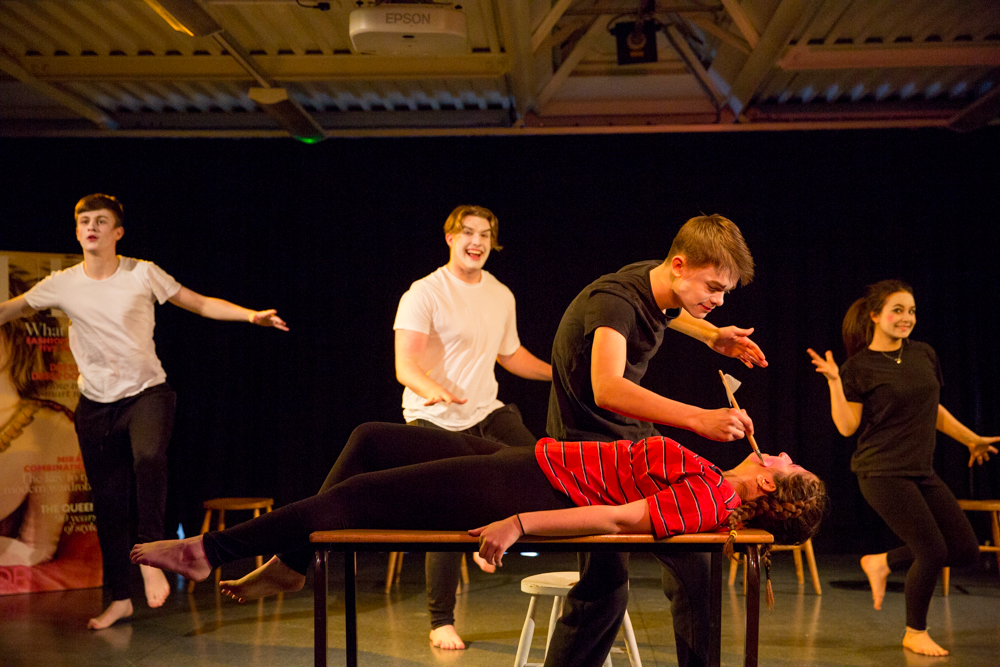 Whilst devising this piece, the students studied the practitioner Steven Berkoff.  His ideas for the theatre were developed in response to his feelings of being an outsider.  In his vision for total theatre he said “Theatre must fuse together opposites and celebrate contradictions: mime must collide with the spoken word, performance must be energetic and exaggerated but capture subtlety and detail; strict choreography must allow for moments of improvisation.  The actor and the ensemble are central to the theatre.” 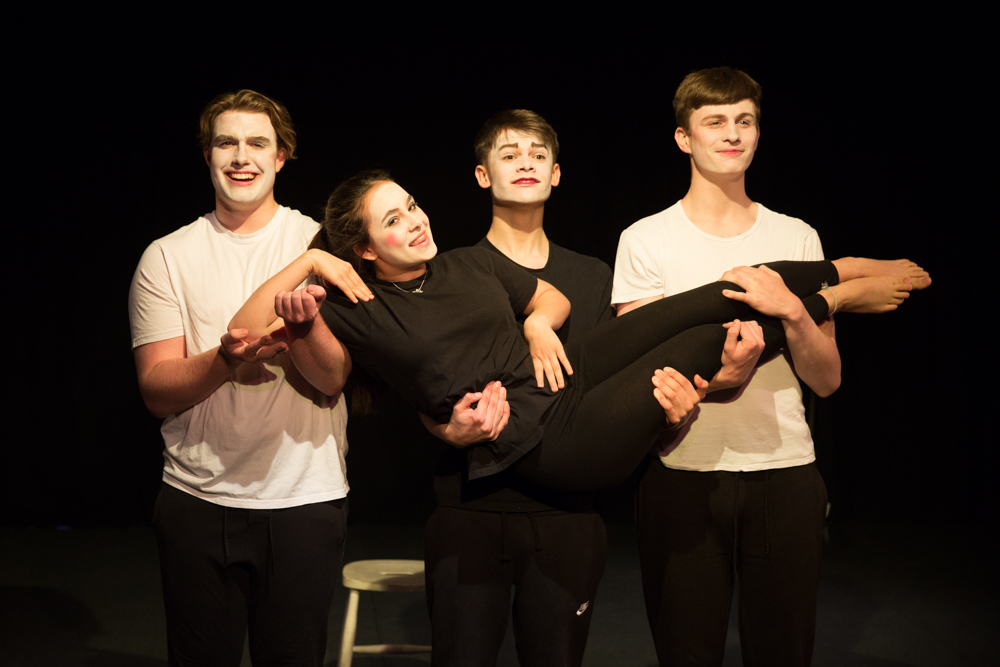 St Benedict's Sixth Form students achieved all of this, and more, in a skilfully executed piece of physical theatre.

Steven Berkoff trained at L’ecole Lecoq, where mime is central to his theatre and not as a separate art form.   Lecoq explained that he teaches mime as a human action - to rediscover things you do in life and create them in another way.  Improvisation comes from memory, whether real or imagined and Berkoff’s concern is with how physically inspired memory is mimed. He believed that expressionism presents everything on the stage from the perspective of an individual character and that vocal, movement and production elements are heightened and distorted to reflect this perspective. There is a strong emphasis on chorus and ensemble work throughout - with moods and ideas being more important than plot.  To enhance the devising process we welcomed a workshop from lead physical theatre company, Frantic Assembly who worked closely with the students to push the boundaries when it comes to physicalisation. It is only by taking risks that the students' work has developed to the outstanding level seen at the final performance and is a testimony to their continuing commitment to this subject. 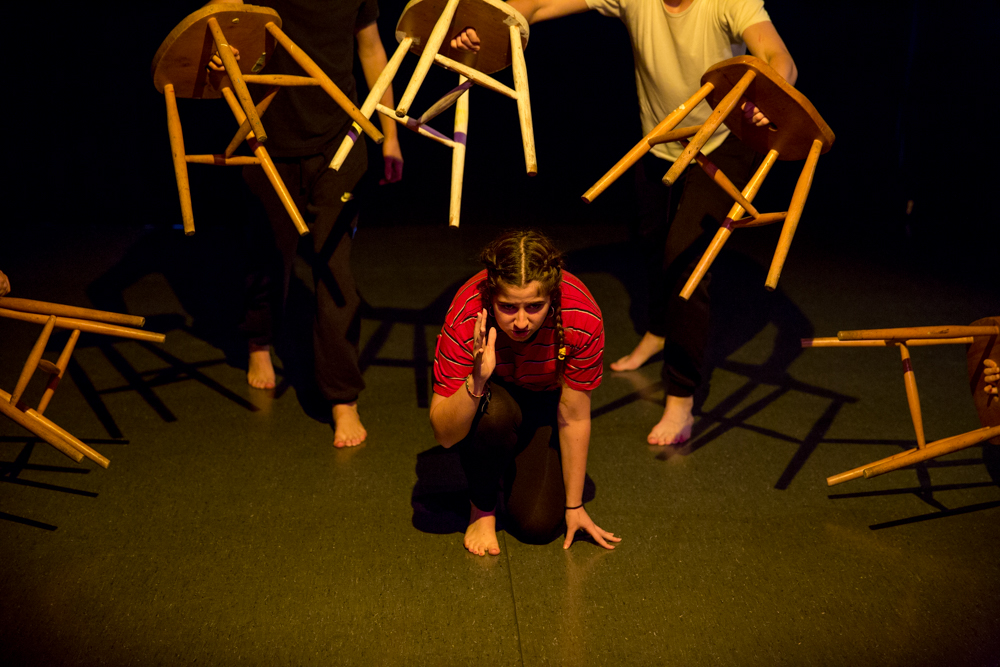