In the first of a new St Benedict’s Lecture Series, Ann Widdecombe talked to students, teachers and parents about post-Brexit Britain. 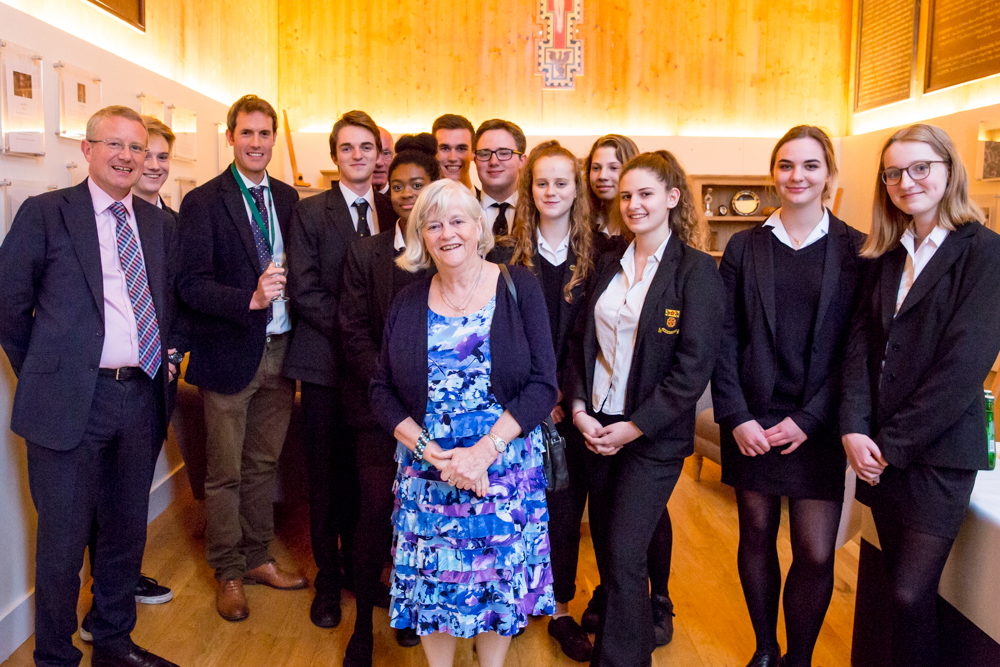 The former prisons minister, writer and broadcaster is “filled with hope” that Brexit will open up “huge new opportunities” for Britain in enabling trade with other advanced economies and the third world. She was invited to speak at St Benedict’s by A level Politics student Ben Michael, who wanted to hear a positive view of post-Brexit Britain. 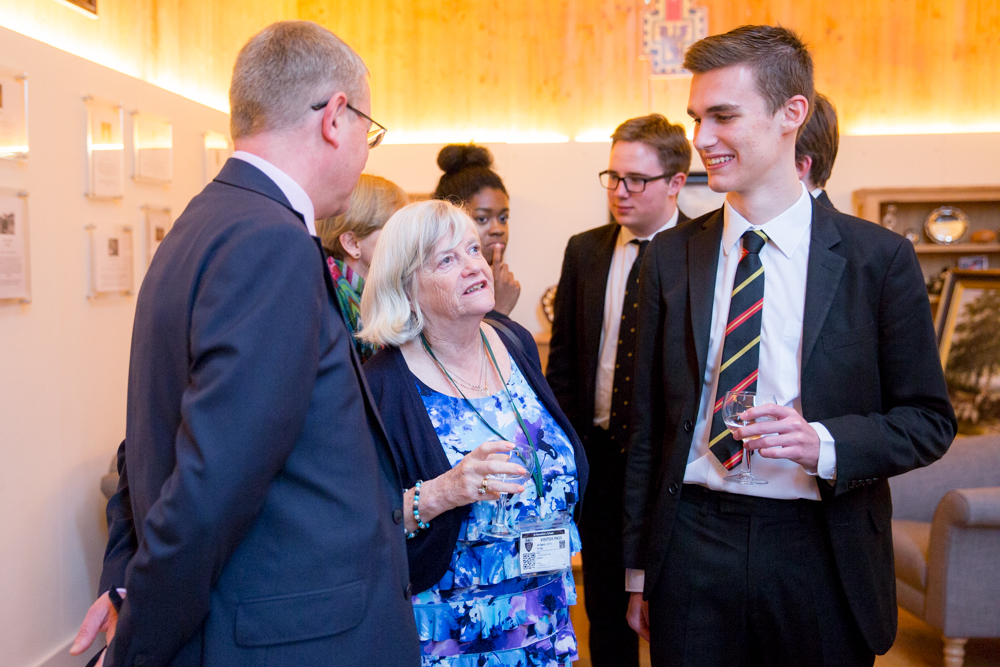 Addressing an audience of over 300 people, Ann Widdecombe said: “In 1975 I voted to stay in the EEC, and it is one of the few political decisions I regret,”  adding that what had started as a tariff agreement had “transformed” into the EU – “a rather large protectionist block. We had no control over the way we ran our country. When there was an EU diktat - which they called a ‘directive’ – we had to negotiate opt outs. It changed from being in favour of the European vision to something different.”

Speaking to the students at St Benedict’s, she said she believes that Brexit will affect their generation “for the better”, and that in four years’ time “everyone will be asking what all the gloom was about. I can remember life before the EU and it wasn’t the dark ages. There’s panic about virtually nothing, and a fear of change. The doom and gloom predicted by the Remain campaign, such as threats of an austerity budget and rising unemployment, haven’t happened. There will be some bumps along the way but I am cautiously excited about what lies beyond.” 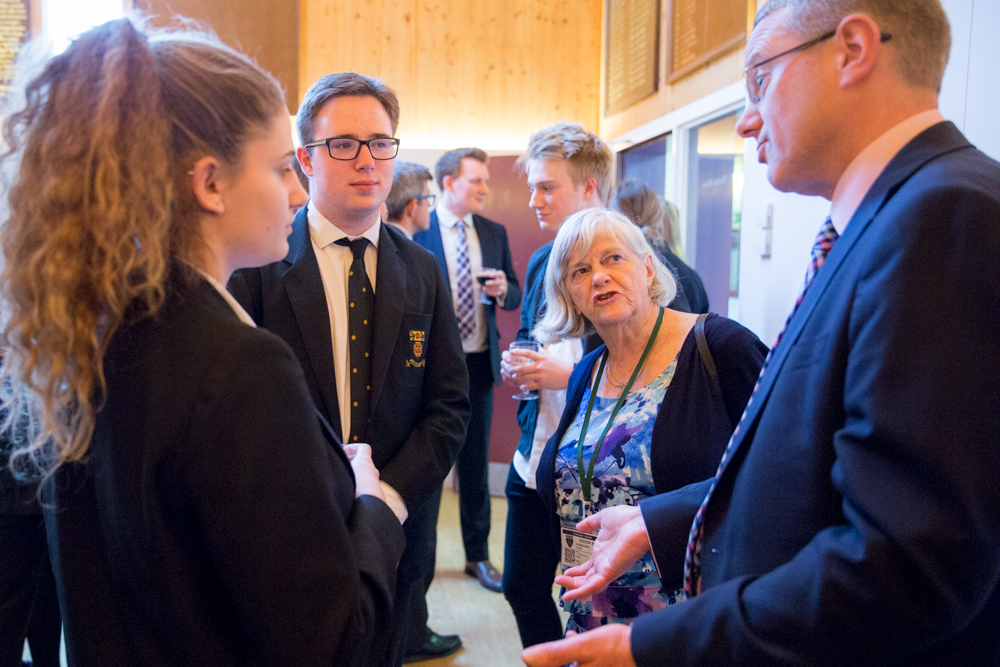 Asked how she would persuade London, which is predominantly pro-Remain, about the positives of Brexit, Ann Widdecombe replied: “You introduce some reasoned argument into the bubble. Some people can’t accept we’re leaving the EU. Article 50 has been triggered and we are leaving. The government must deliver the will of the British people. London will love it. It’ll be good for London.” 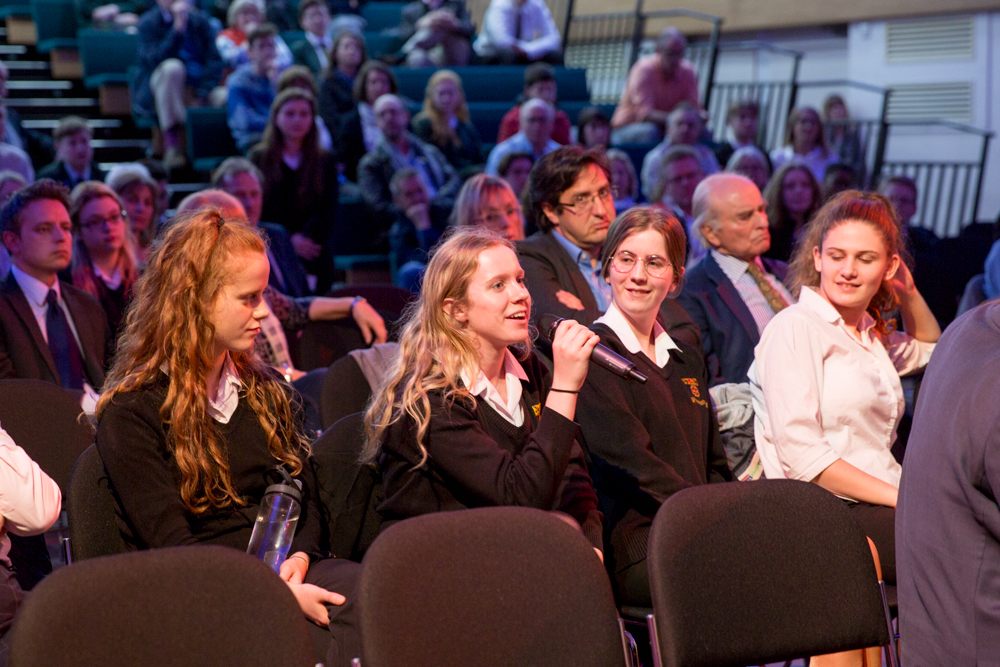 On the question of the Irish border, she said: “We fool ourselves if we think there can’t be a border. We need some sort of checkpoint - not a hard border, which is different- otherwise it’s free movement of people.”

Members of the audience then challenged Ann Widdecombe on her views, which were expressed with characteristic conviction and vigour, and in particular her optimistic view of Brexit. She had invited questions on “absolutely anything” and the audience duly obliged! A robust and good natured debate followed, chaired by the Headmaster, Andrew Johnson. 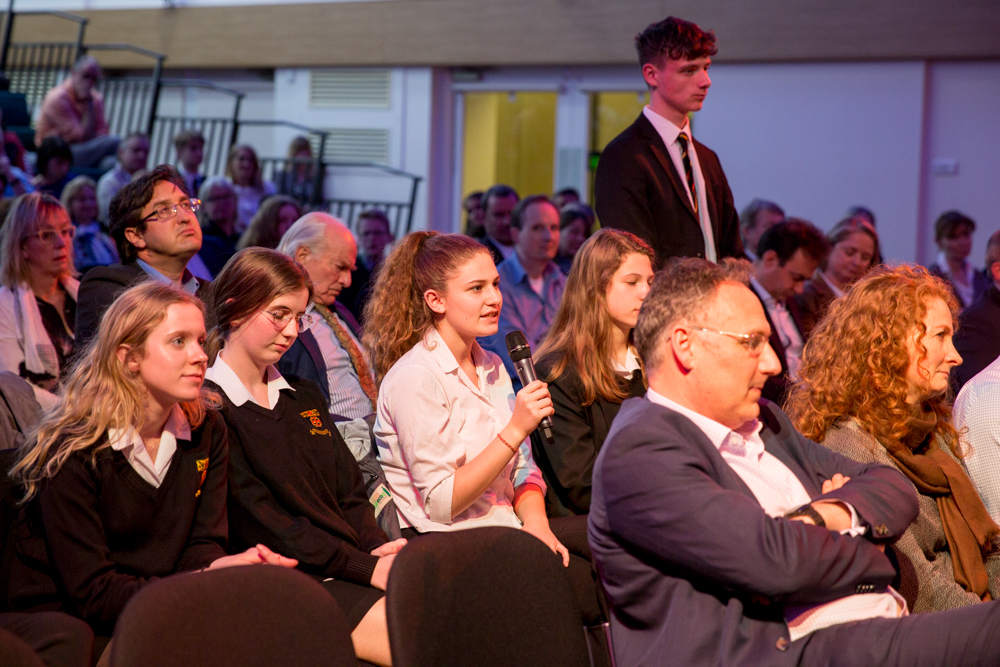 Asked for her response to her description as a ‘feminist icon’, Ms Widdecombe said she was “a 1970s feminist who campaigned for equality and a level playing field – not one tilted towards women in the form of “patronising” positive discrimination.” 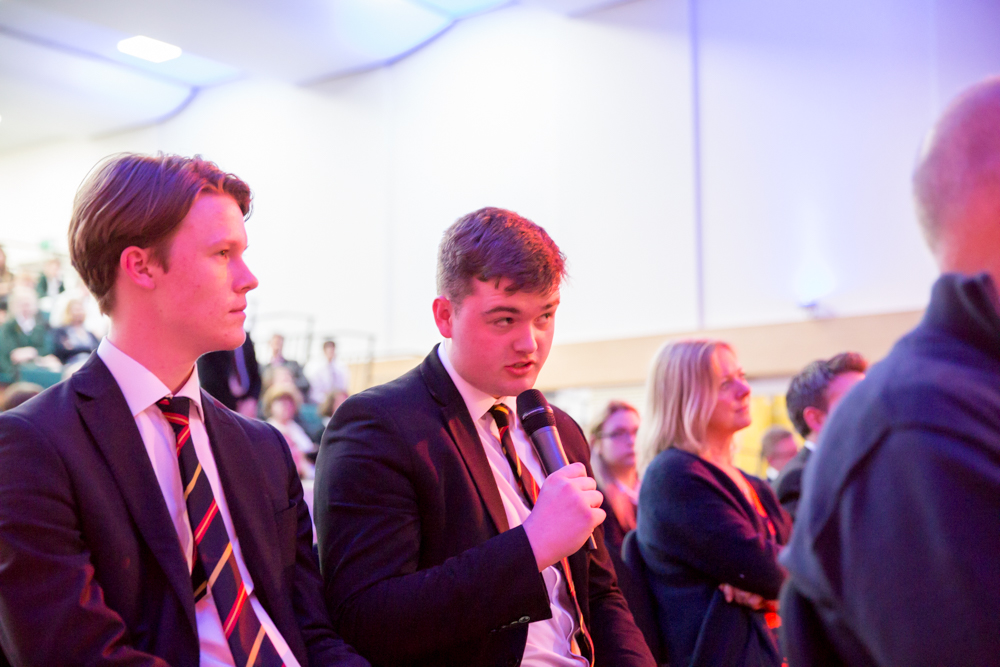 On Jeremy Corbyn, she said “he is a Marxist in favour of high taxation and high spending, which would create huge problems for the economy,” adding that his popularity among young people was down to promises he would not be able to keep, such as the abolition of tuition fees. 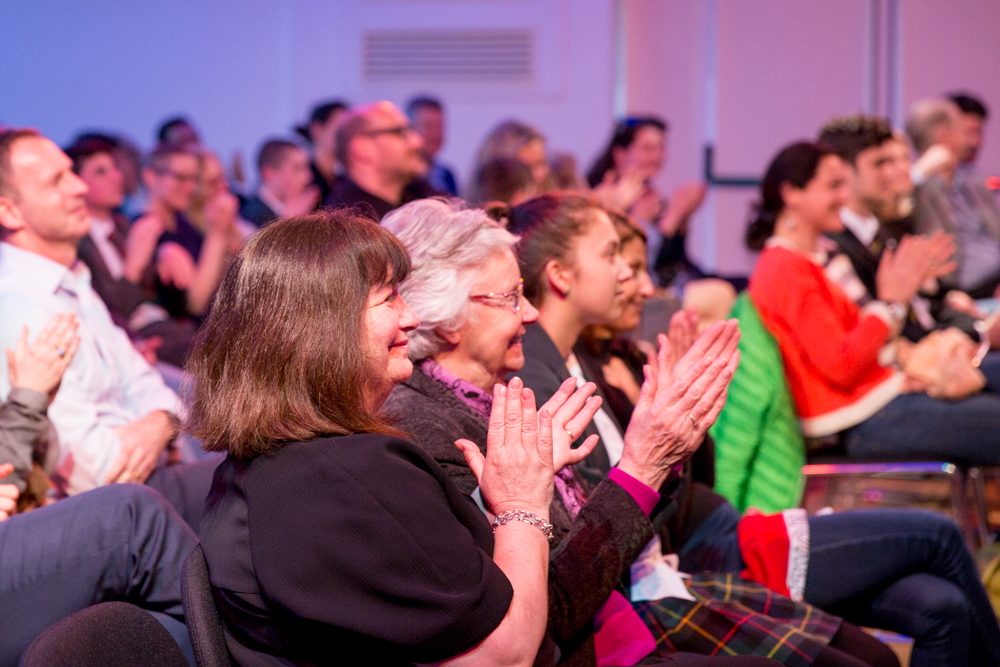 When challenged on her views on LGBT equality, and the age of consent, she said: “I have very strong views on the promotion of traditional marriage and the protection of children. If I were homophobic I would not have so many homosexual friends.”

Finally, when asked which she had enjoyed most – Big Brother or Strictly Come Dancing – Strictly was the firm favourite: “For 23 years I was making decisions which could affect other people for good or ill. On Strictly the only person I would affect was Anton du Beke.”

Ms Widdecombe clearly enjoyed the evening immensely, as did the audience - even if they didn't always agree with her views! She concluded by saying to the students: “Thank you for your great questions, which are a credit to you and to your teachers. I wish you well in your exams, but If something goes wrong it’s not the end of the world-  it could be the beginning of a better one.”