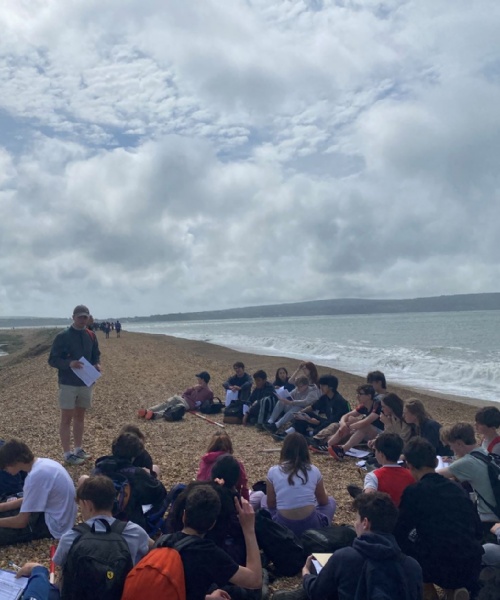 St Benedict's geographers have been out on field trips across a wide range of locations this term, exploring urban, rural and coastal landscapes. 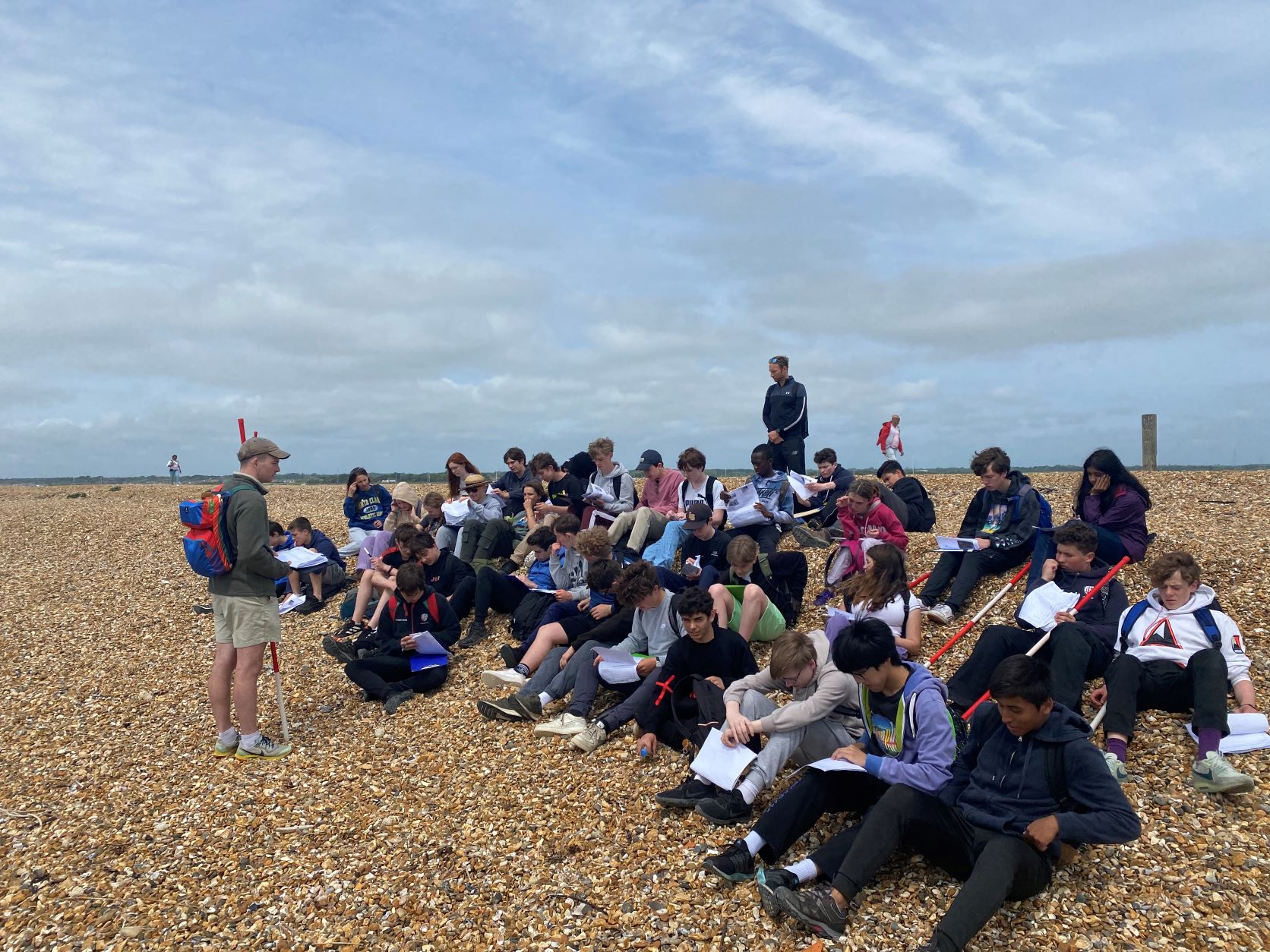 On Wednesday 18th May we set out from the Senior School gates at 8am with a 2-hour journey up ahead. Our aim was to assess the need for protection of Hurst Castle spit and also to see if hard engineering at Milford-on-sea is affecting the spit.

When we arrived at Milford-on-Sea, we left the coach park and swiftly travelled up the spit. As we walked up Mr Walton pointed out the sea defences up along the beach where we initially arrived at Milford. This included groynes, rock armour and a sea wall. These defences were put there to protect the beach at Milford because it is a popular destination, meaning tourism is a large part of the village’s economy. 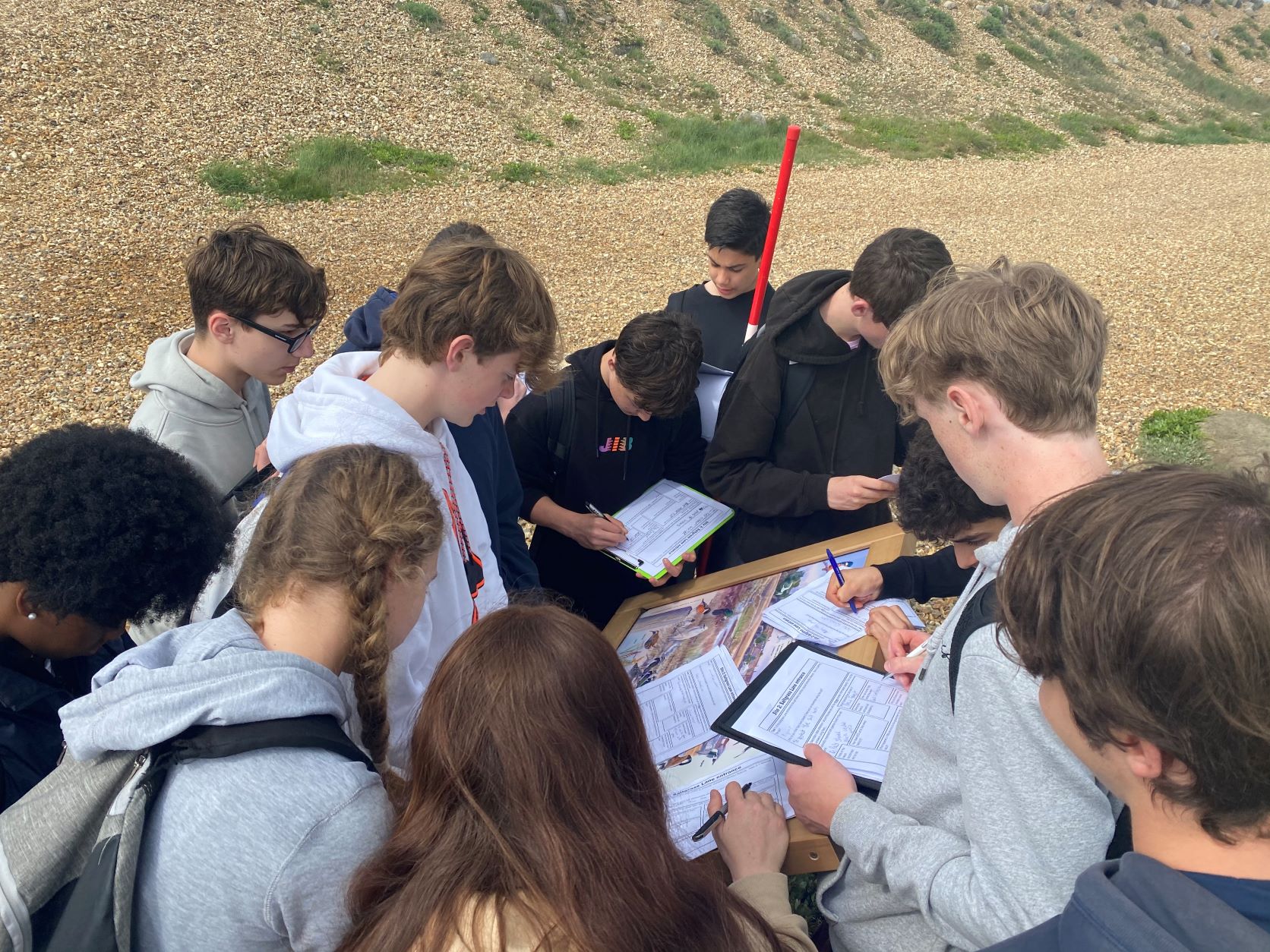 Afterwards, we walked down the spit near the salt marsh behind the spit identifying different plants on the shingle and near the water over a 10m radius using survey poles and a measuring tape. Plants such as sea rocket, sea kale and glasswort were found. We collected this data and recorded it in our booklets.

We then continued to walk up the spit towards the castle where we stopped for lunch. After lunch we explored Hurst Castle and reached the top where we found an amazing view of the sea and the spit we had just walked upon.

On our journey back from the castle we used our survey poles to measure each incline and decline of sediment horizontally along the beach. We noticed a pattern emerging that the peak of the sediment was at in the middle almost resembling a pyramid shape. Each group used two survey poles, measuring tape and a clinometer. We then recorded this in our booklets as well.

Finally, we walked towards Milford on our way back and now further away from the castle and then made a bird's eye view sketch of Hurst Castle Spit while sitting on rocks looking out on to the sea. By 3pm we got back to the car park and headed back on to the coaches and were back at school by 5pm. 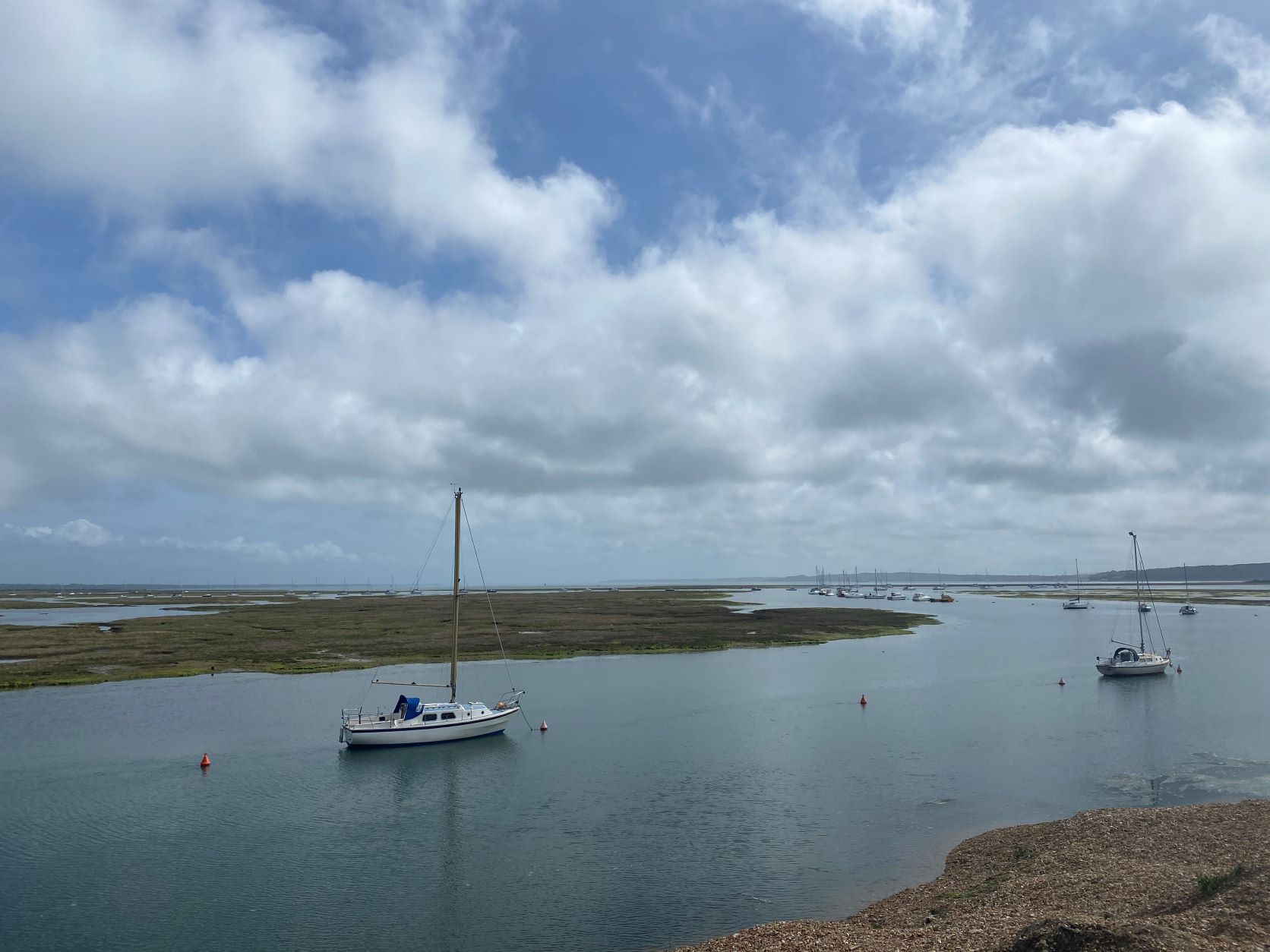 Hurst Castle Spit is located in Hampshire, near Milford-On-Sea. It is a typical spit made up of a shingle beach caused by longshore drift. On the spit there is the historic Hurst Castle which was built by Henry VIII and was used as an outpost to spot a possible French invasion. It was refurbished by the Victorians and used again in WWII to spot a possible German invasion. The castle is now protected by English Heritage. On the inside bed of the spit is a salt marsh which is home to many rare birds and halophytic plant species. The spit is under constant erosion from the channel and the spit itself could be eroded away by 2050.

We used three main investigation methods during the day:

The first method of investigation was a Species Survey. This is where we took two transect poles and placed them 5m apart, then we used an identification card to find and identify species and count the tally of them. We measured the plant species on the land and in the water. We were able to identify some species exclusive to the salt marsh and we were able to infer which plants were halophytic (able to grow in salty conditions). It was a quite weird that many of the plants were edible and some people actually tried them.

The second main method of investigation was a Field Sketch. This is where we sat down and drew the surroundings in a selective line drawing, where we picked out bits of the scenery to include that were relevant to our studies. This was nice as we got to draw some of the beautiful scenery of the Spit, however many were not talented artists. 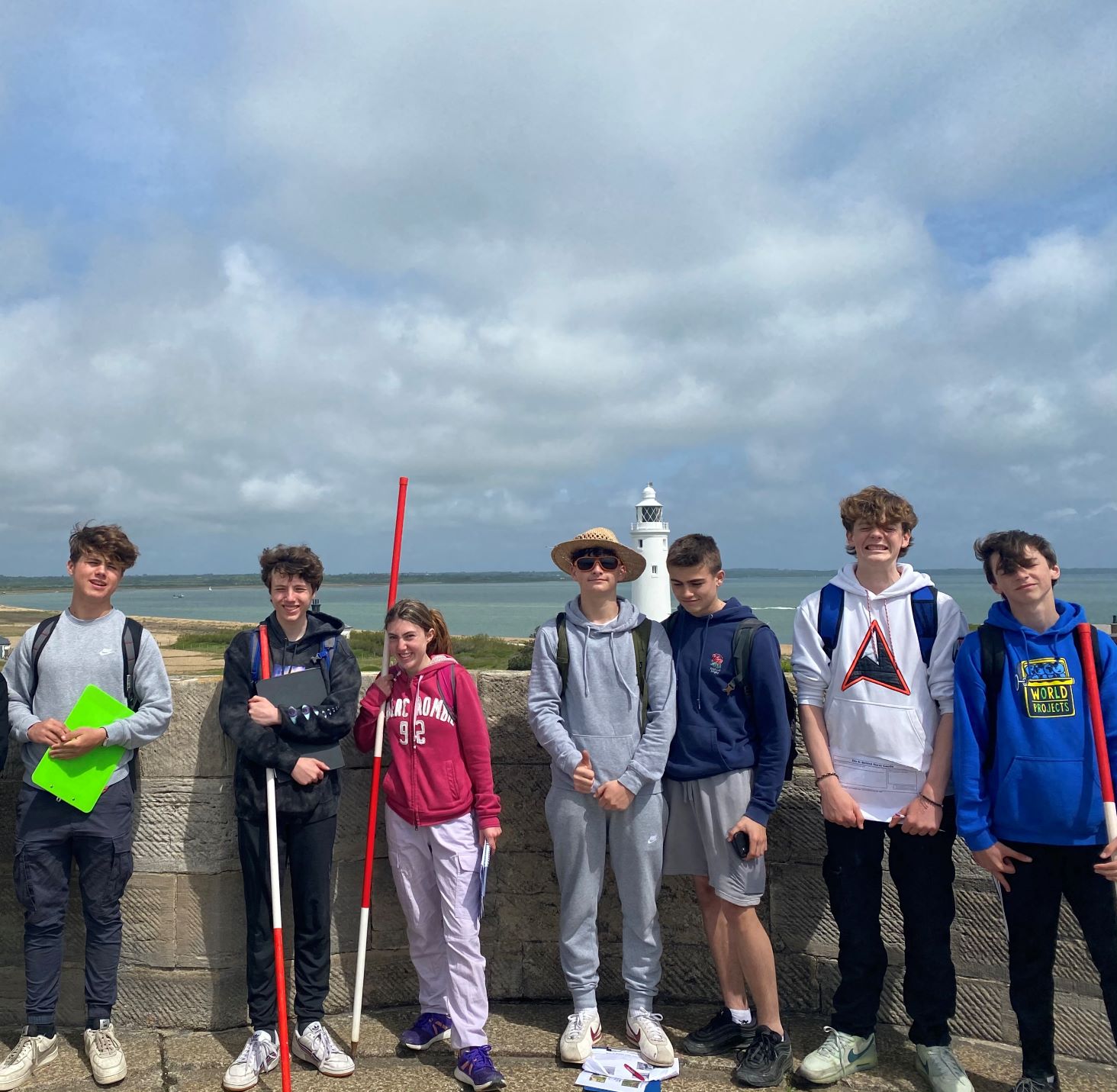 The third main method of investigation was beach profiling. This is when we went onto the shingle beach of the spit and measured the angle of incline or decline and the length of the slopes that formed the spit. From this we were able to construct a scaled down version of the shingle beach at Hurst Castle Spit. This was our favourite method of investigation during the day as it was very practical and we used many cool tools such as transect poles, tape measures and clinometer (for measuring incline).

Overall the trip was very educational and informative on the effect of beach erosion and why it is important to protect historical pieces of land such as Hurst Castle Spit. 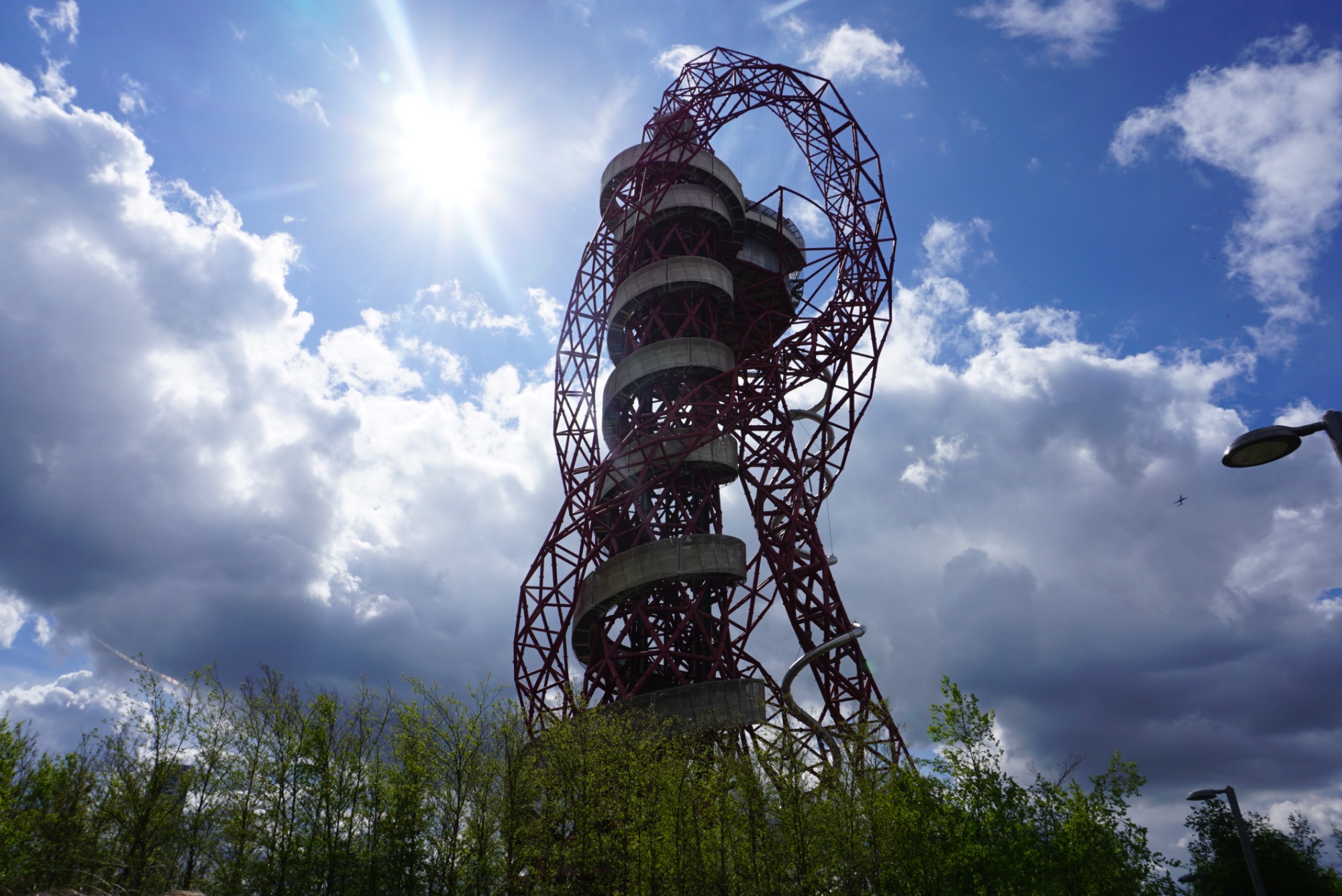 On the 12th of May, we went on a field trip to Stratford in order to evaluate how regeneration has provided more opportunities for the area. The project to regenerate this area was initiated in order to create a lasting legacy for the Olympics held there in 2012. Once we arrived, we carried out several bipolar surveys assessing the main places we visited including the River Lea, the Velodrome, the Olympic Stadium, Westfield shopping centre and the East village. These surveys took into account the integrated transport connections, leisure facilities, sport facilities, employment, housing and green space. With this, we could rate the opportunities at each site as a whole on a scale of -5 to 5 before reaching our conclusion on how effective and beneficial the regeneration has been overall. In addition to this, we conducted two field sketches at the Wetland Bowl in Queen Elizabeth Park and the East village. This put to the test our observational skills as well as helping us to better gauge how these areas have developed over time. 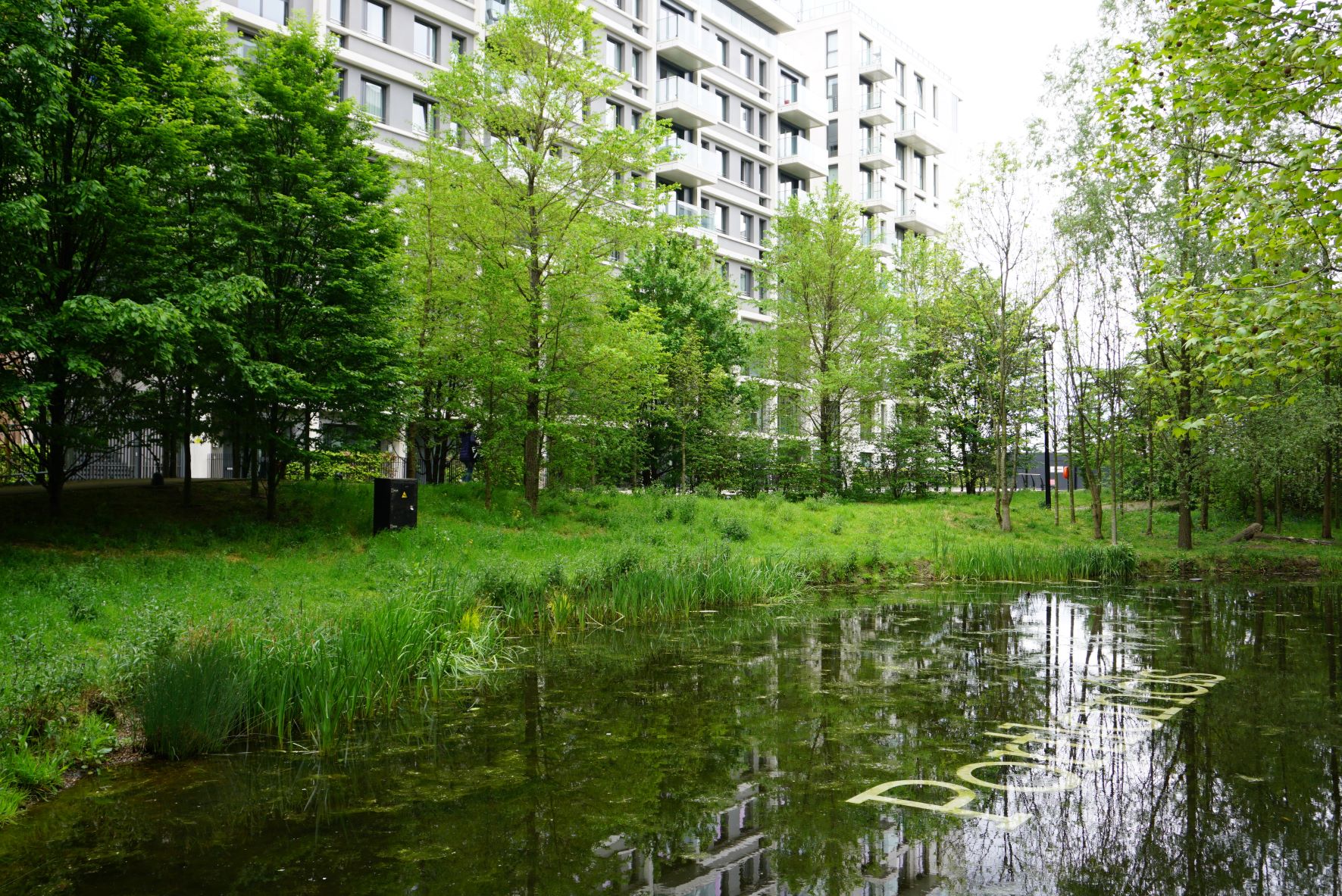 After our visit to Stratford, we could appreciate the transformative revival of this once industrialised and somewhat neglected area. It was clear to see that this was now an area which could be utilised both by tourists and locals. The legacy of the Olympics lives on with the sustainability of each of the facilities installed there, providing leisure and entertainment for everyday public use. Overall, it was an informative and enjoyable day for all the geographers in Year 10. 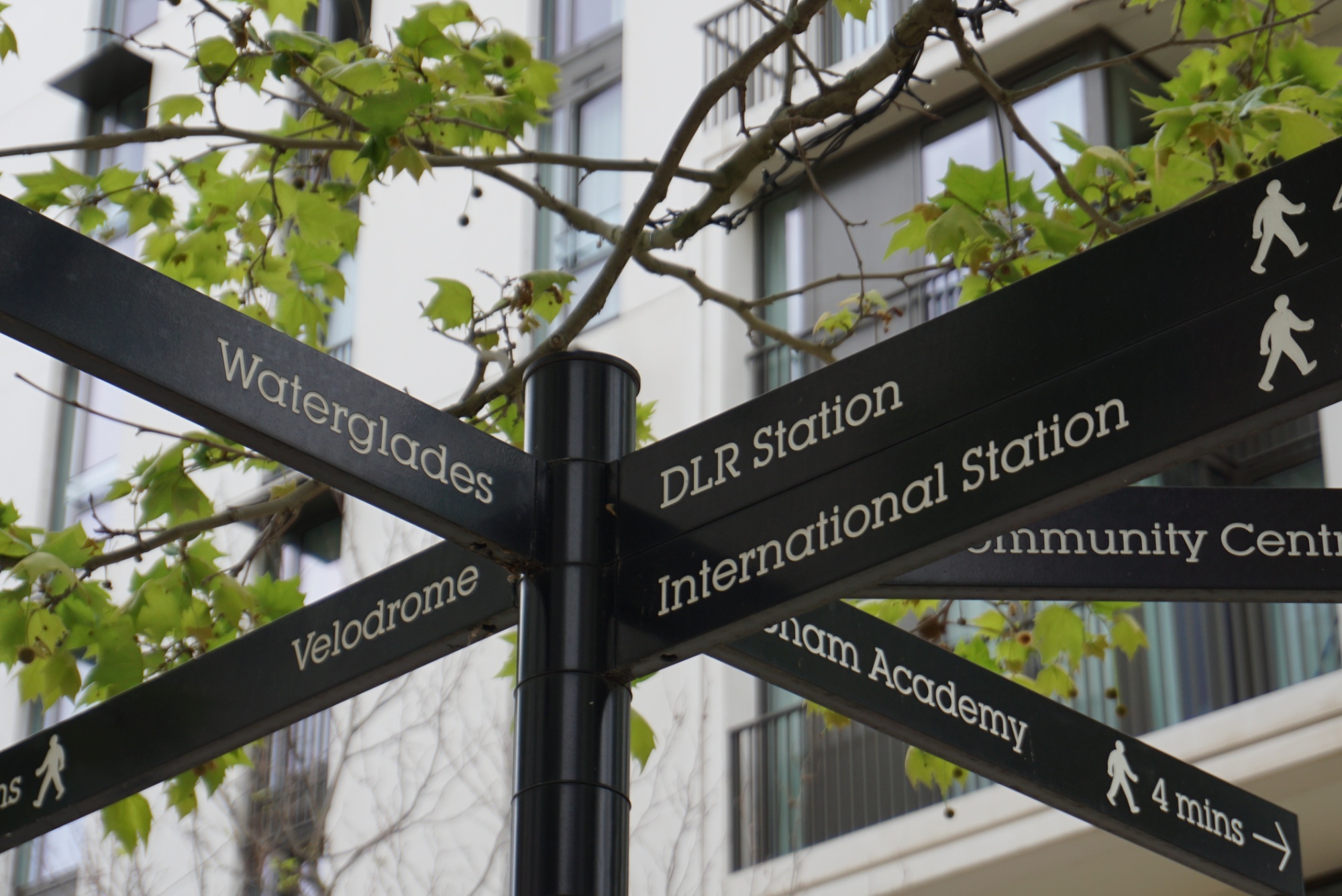 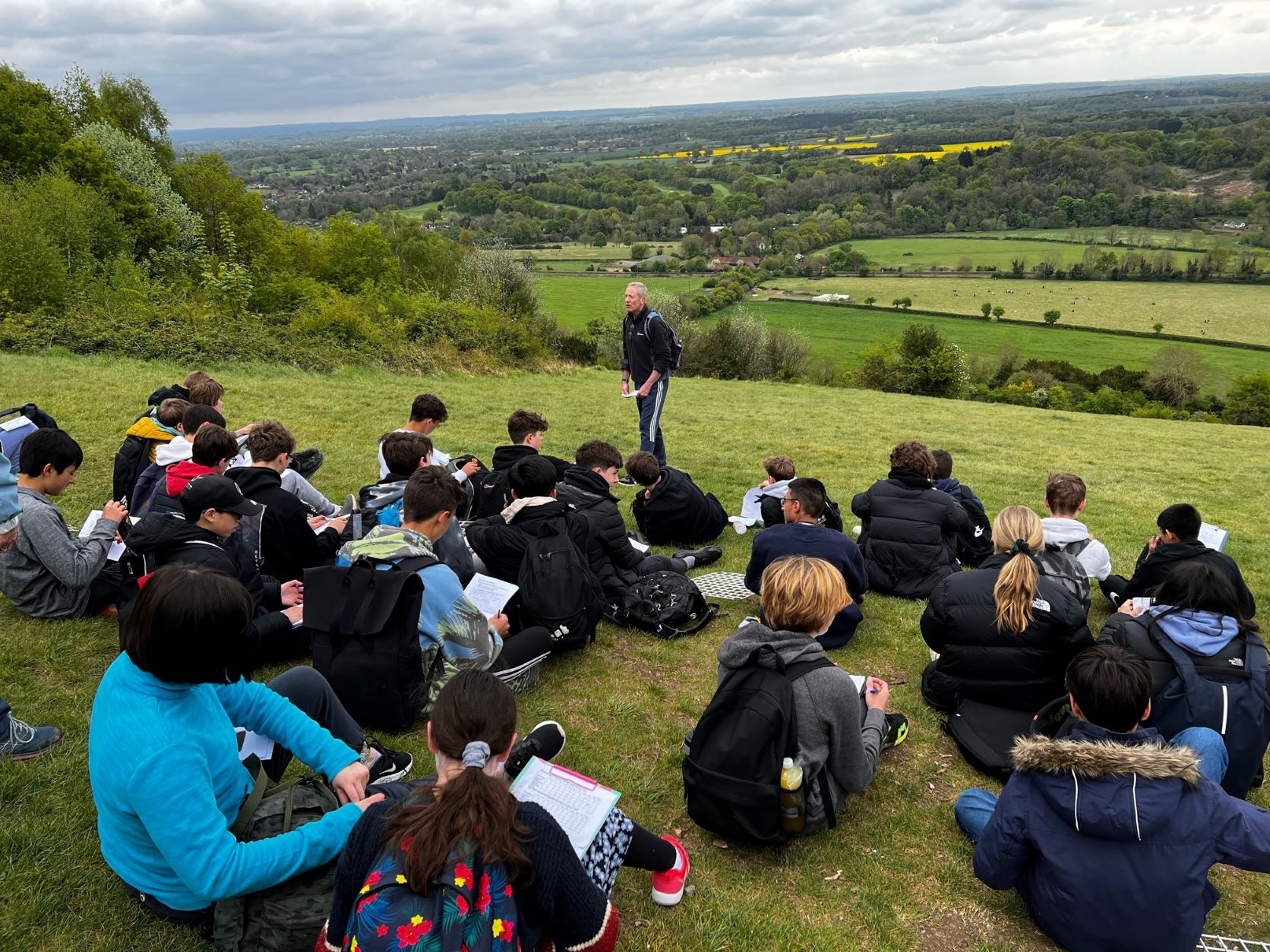