A Christmas Carol in the Cloisters

“’It is required of every man,’ the ghost returned, ‘that the spirit within him should walk abroad among his fellow-men, and travel far and wide; and, if that spirit goes not forth in life, it is condemned to do so after death.’” The ghost of Jacob Marley, with his chain of cash boxes and ledgers, haunted St Benedict's Cloisters in the second week of term as the wonderful Globe Players performed A Christmas Carol for all students in year 10.

The theatre in the round staging was interesting and engaging as we could see the different angles of the characters, with the actors sometimes calling from off-stage, creating an immersive experience." 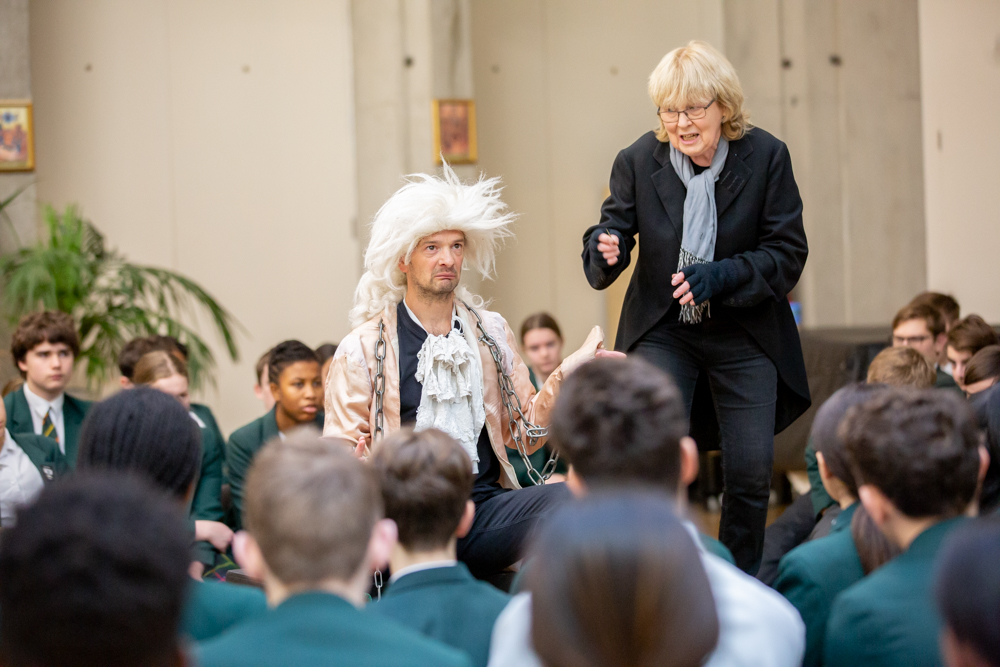 As well as bringing the book to life, the performers also talked about what Dickens was trying to achieve by writing his salutary tale of Scrooge’s change of heart. The ghost story sheds light on how Victorian society treated the poor, highlights the need for charity, and reminds the wealthy of their responsibility to help those less fortunate than themselves – not just at Christmas but all year round. 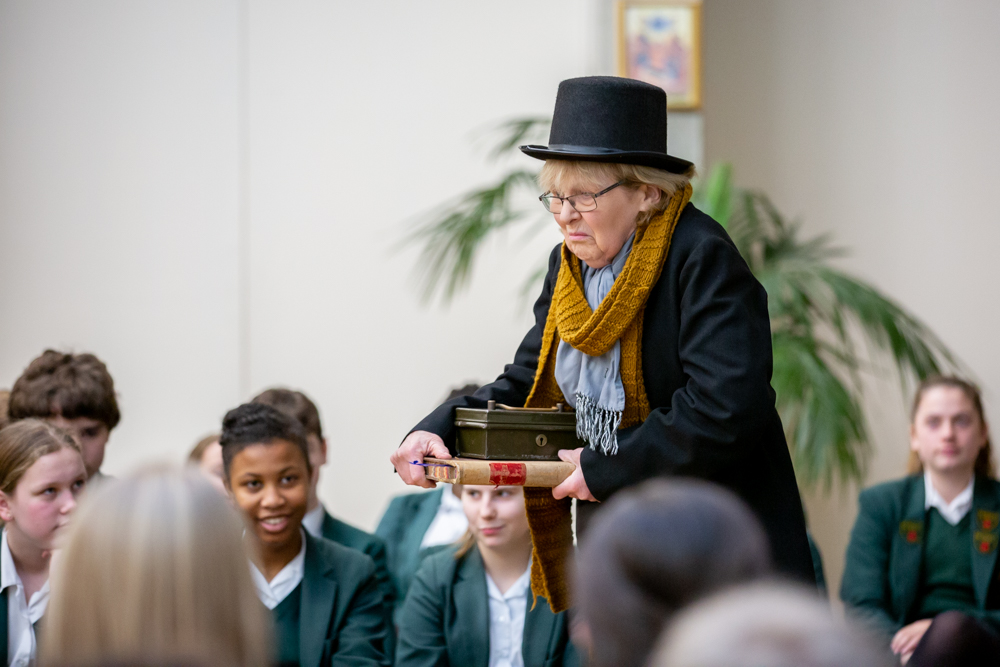 Performed in the round, with maximum drama and minimal staging, the play was a valuable opportunity for Year 10 to deepen their appreciation of one of their GCSE set texts.

"The theatre in the round staging was interesting and engaging as we could see the different angles of the characters, with the actors sometimes calling from off-stage, creating an immersive experience." Lochan

"It helped me remember the parts I had forgotten and it was good to see it in a play format." Benjamin

"I enjoyed it because the voices were loud and clear and the costumes were vibrant." Neel

"I think it was useful because it gave us a practical and humorous sense of the novella brought to life." Louis

"I particularly enjoyed how the actors were constantly engaging the audience. I think it was useful that we got to visualise the text rather than just read it." Amalie

"I was impressed by the fact they only had four actors and it was useful because they added context at particular points in the play to help the audience understand." Edie 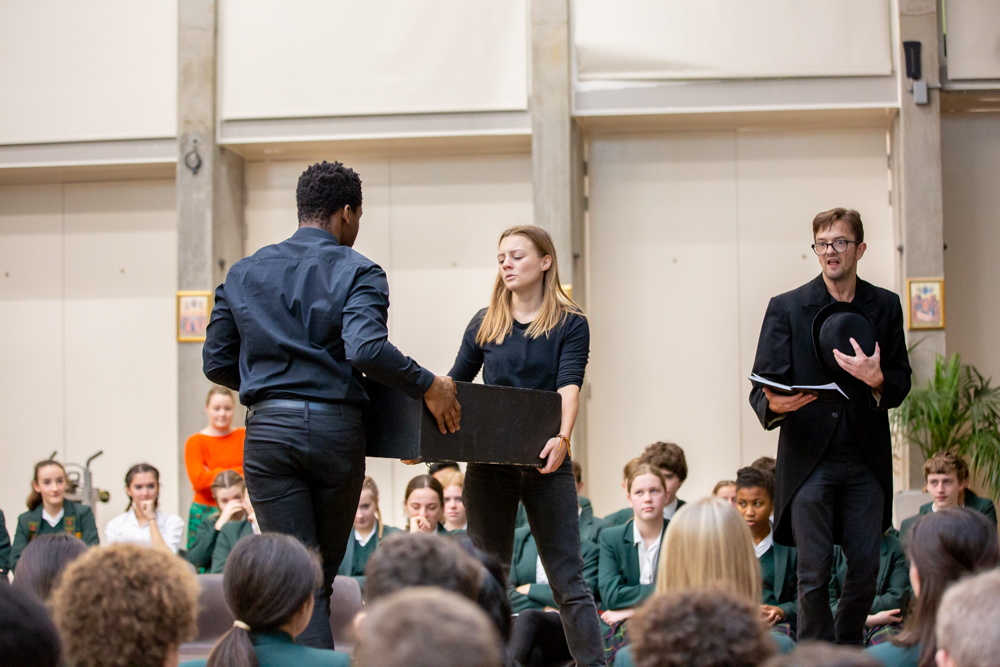