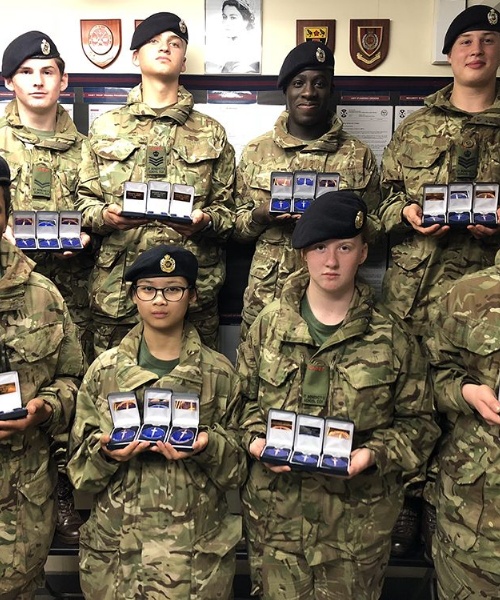 A team of 8 St Benedict’s cadets took part in the Elworthy Trophy Competition in October, an annual interservice competition in which teams from across London compete in various tasks. St Benedict’s won 2 stands and came a close second overall. 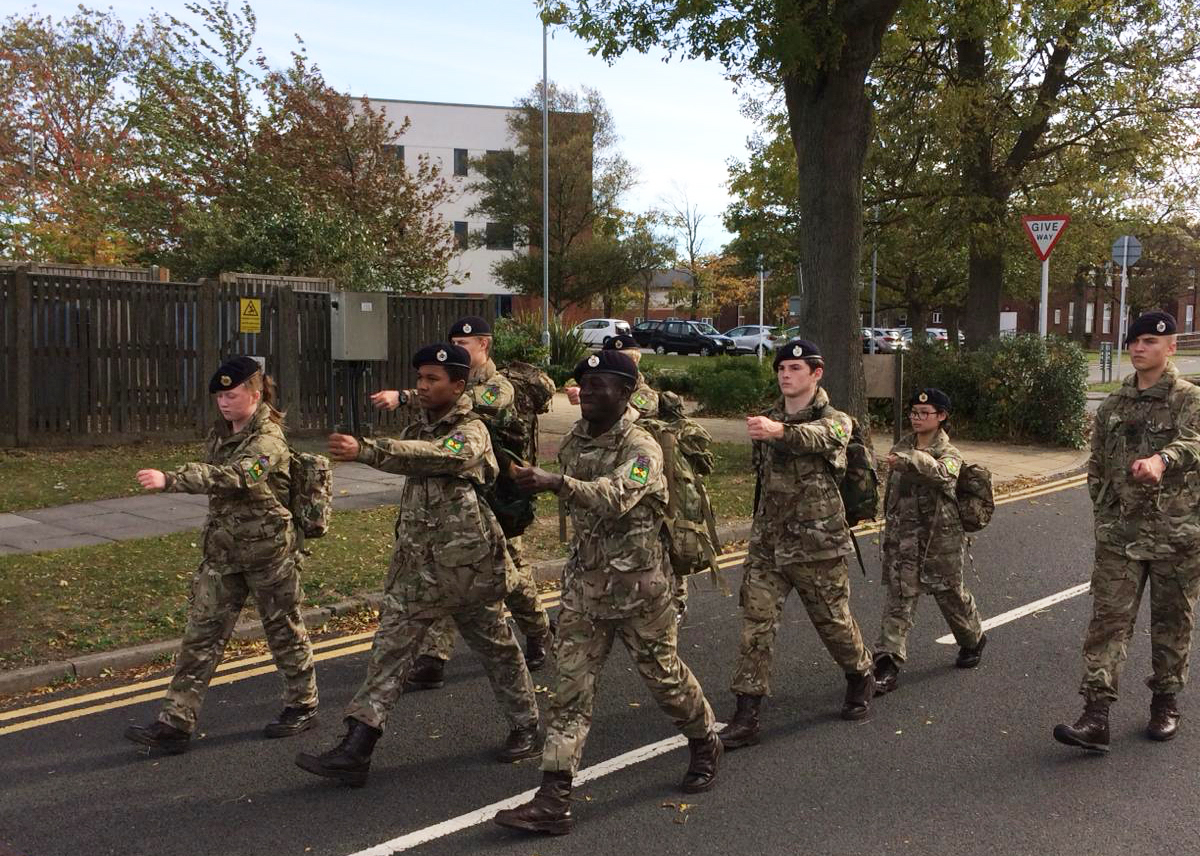 This was the first time St Benedict’s School CCF has been invited to the event, which pitted them against 11 other more experienced teams.

The first stand consisted of a short casualty evacuation followed by a first aid scenario which simulated the aftermath of a dog attack. The team worked well, led by Cdt SSgt Miles who demonstrated good command and control during the casualty evacuation stage. Cdt SSgt Simonov took the lead in administering first aid to the more serious of the two casualties. 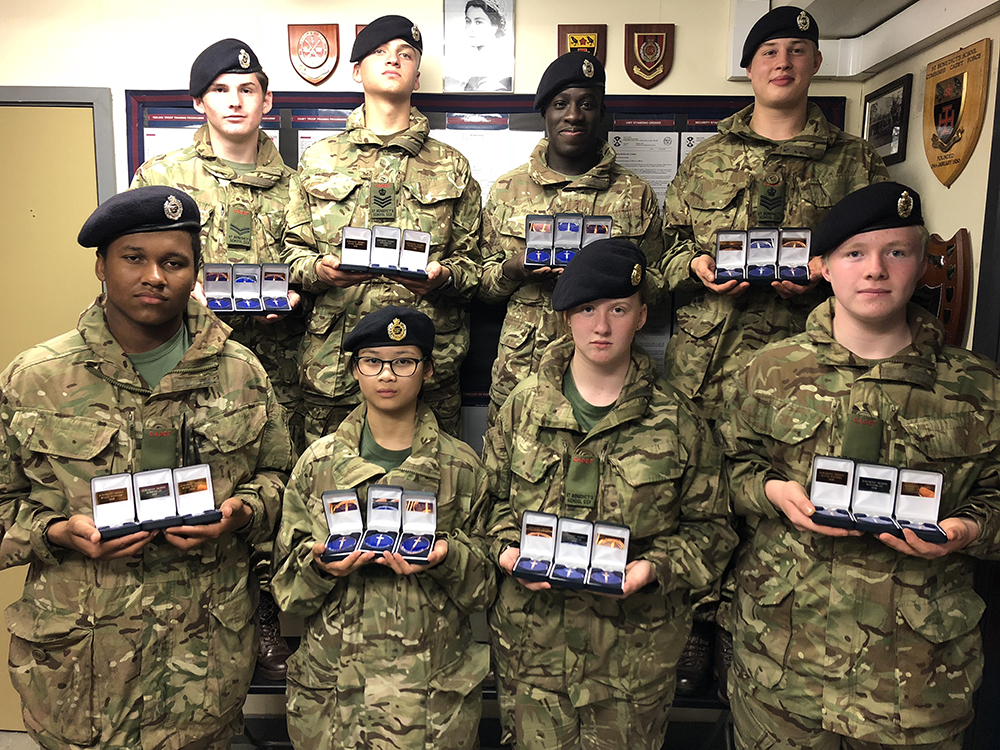 The second task was the deadweight pull, which required the team to pull a heavy weight between two markers with points for each repetition. A good all-round effort from the team, and Cdt SSgt Nyam put in a top effort to ensure a high overall score. An observation task followed this where the team had to identify multiple military objects from a static observation post. Here the pre-competition training really paid off, with the team correctly identifying enough items to achieve the highest score of the day. 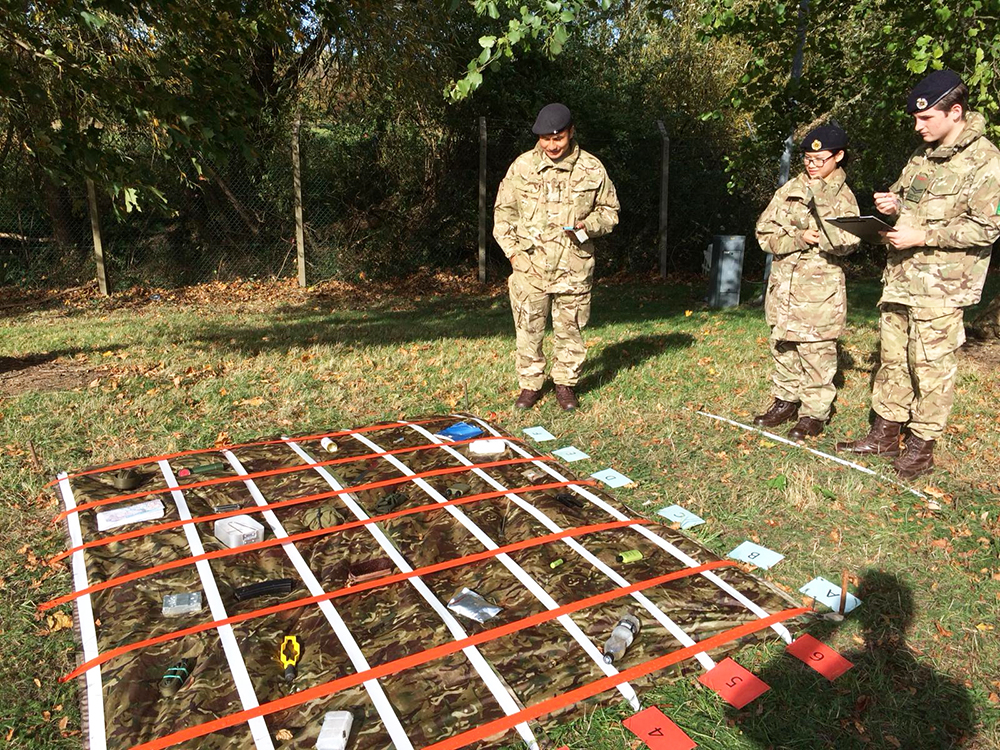 After lunch the team took part in a rowing stand run by London Youth Rowing. Here the team average distance achieved after four minutes would count towards the final score. Again, the team put in maximum effort with Cdt SSgts Simonov and Miles, and Cdt Cpl Fowler achieving distances over 1000m. The high average score gave the team their second win of the day and put them in a competitive position for the top spots overall.

There were also three command tasks spread throughout the day. These required planning, quick thinking and teamwork to complete them within a given time. The cadets demonstrated good memory and listening skills, working together to plan and complete the tasks in competitive times. Another highlight of the day was the archery stand: despite the high winds that picked up in the afternoon the team accomplished a solid score.

The competition concluded with a prize giving parade in Churchill Hangar. The team received awards for their 2 stand wins as well as second place overall. This was a superb achievement for the team and CCF in their first attempt at the competition. The day also provided great opportunities for the cadets to practise teamwork and leadership skills, representing our CCF in front of other cadet units and VIPs from the different cadet forces, including the Deputy Lord Lieutenant of London and Colonel of Cadets, London District.