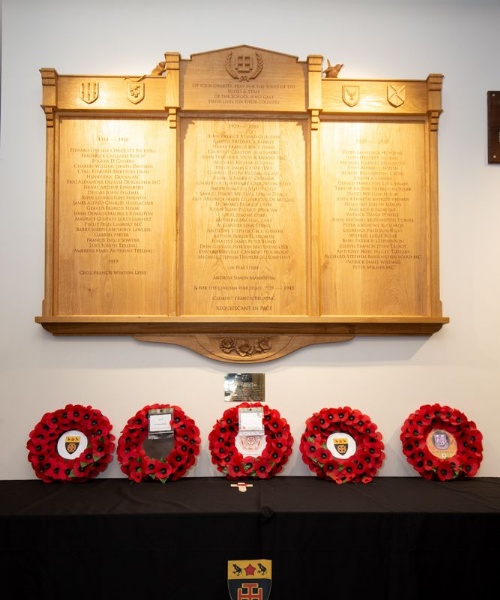 St Benedict’s rededicated the School's war memorial on Sunday November 11th - the centenary of World War I -  in remembrance of pupils and teachers who died in conflict. 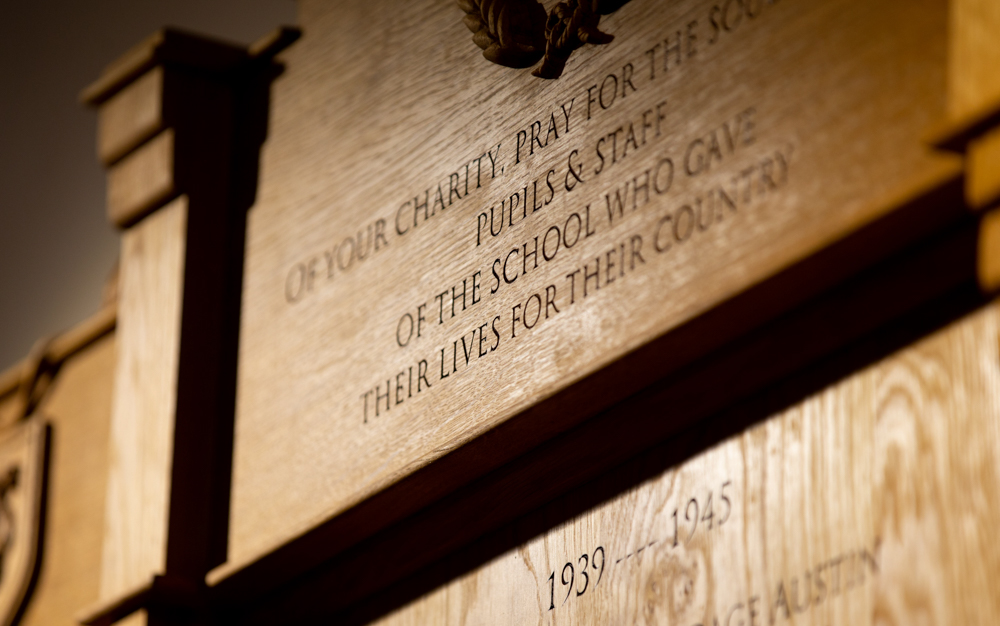 The new memorial was unveiled by the Deputy Lieutenant of Ealing, Richard Kornicki OBE, DL, and blessed by the Bishop of the Armed Forces, the Right Reverend Paul Mason. The ceremony was attended by many alumni, current parents, staff and pupils, and began with a guard of honour provided by St Benedict’s School CCF. The Last Post was played by Benedict King (Upper 6th). 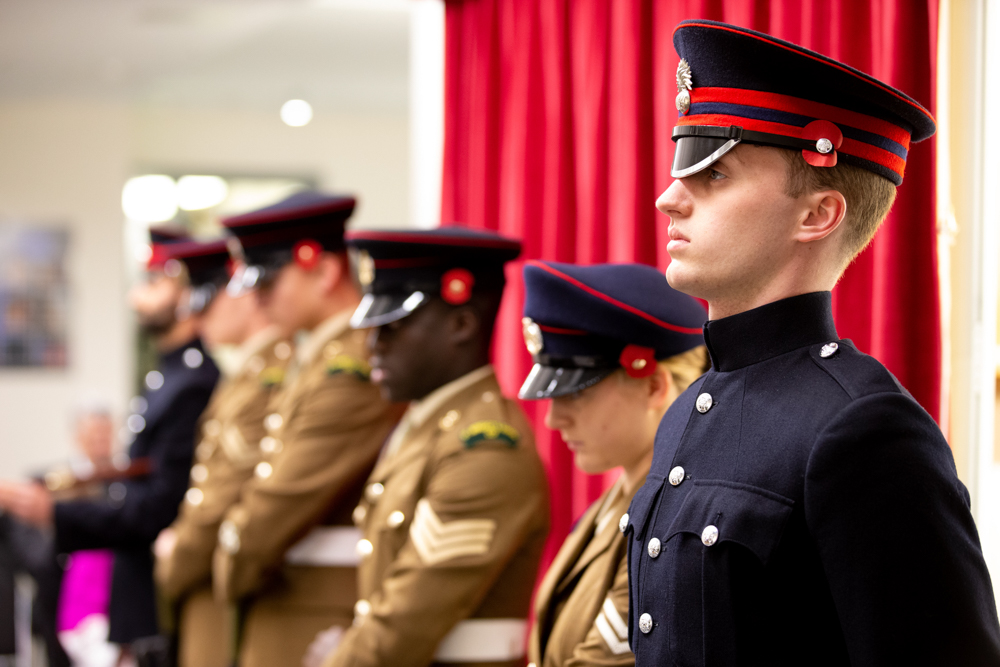 St Benedict’s first memorial had been destroyed when a bomb hit the Abbey in the Second World War. Its replacement, crafted in the late 1940s, needed updating as further information about the war dead had come to light. The new memorial, hand-crafted by Luke Chapman, has been placed in the heart of the school, to remind generations of St Benedict’s pupils of the sacrifice of their predecessors.

The Headmaster, Andrew Johnson, said: “This is an historic occasion for the school, as we rededicate our war memorial on this most poignant of days: the 100th anniversary of the armistice which ended the Great War. We are grateful to the War Memorial Committee for their careful planning, research and effective fund-raising.”

St Benedict’s Classics teacher and Contingent Commander CCF, Shaun Hullis, has conducted a great deal of research, finding new names of pupils who gave their lives: “I came to St Benedict’s in 2012 with a long-standing interest in the war dead of schools at which I had worked. In 2014, one of my best friends died, a veteran of the Second World War whom I had met through my research into one of his comrades in arms. His death brought home to me more than ever the importance of remembrance, and that September I went to the Headmaster and asked permission to try to raise funds to replace our memorial with something more fitting, accurate, and prominent. Four years later, here it is. Luke Chapman’s marvellous re-creation of our memorial will, I hope, remind generations of St Benedict’s pupils, parents and staff of the selfless commitment and sacrifice of their predecessors.”

St Benedict’s is also providing a permanent home for the Ealing College war memorial, which had to be removed from its original site when the school closed in 2012. We were delighted to welcome the Chairman and Deputy Chairman of Ealing College’s alumni association, the Ecobians, to the ceremony. 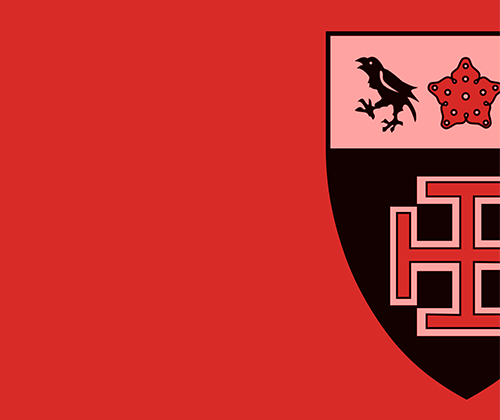