St Benedict's cricketers enjoyed a fabulous tour to Sri Lanka over the Easter holidays. As well as some great cricket, the itinerary included unforgettable excursions and a wonderful introduction to Sri Lanka’s natural beauty, culture and traditions. 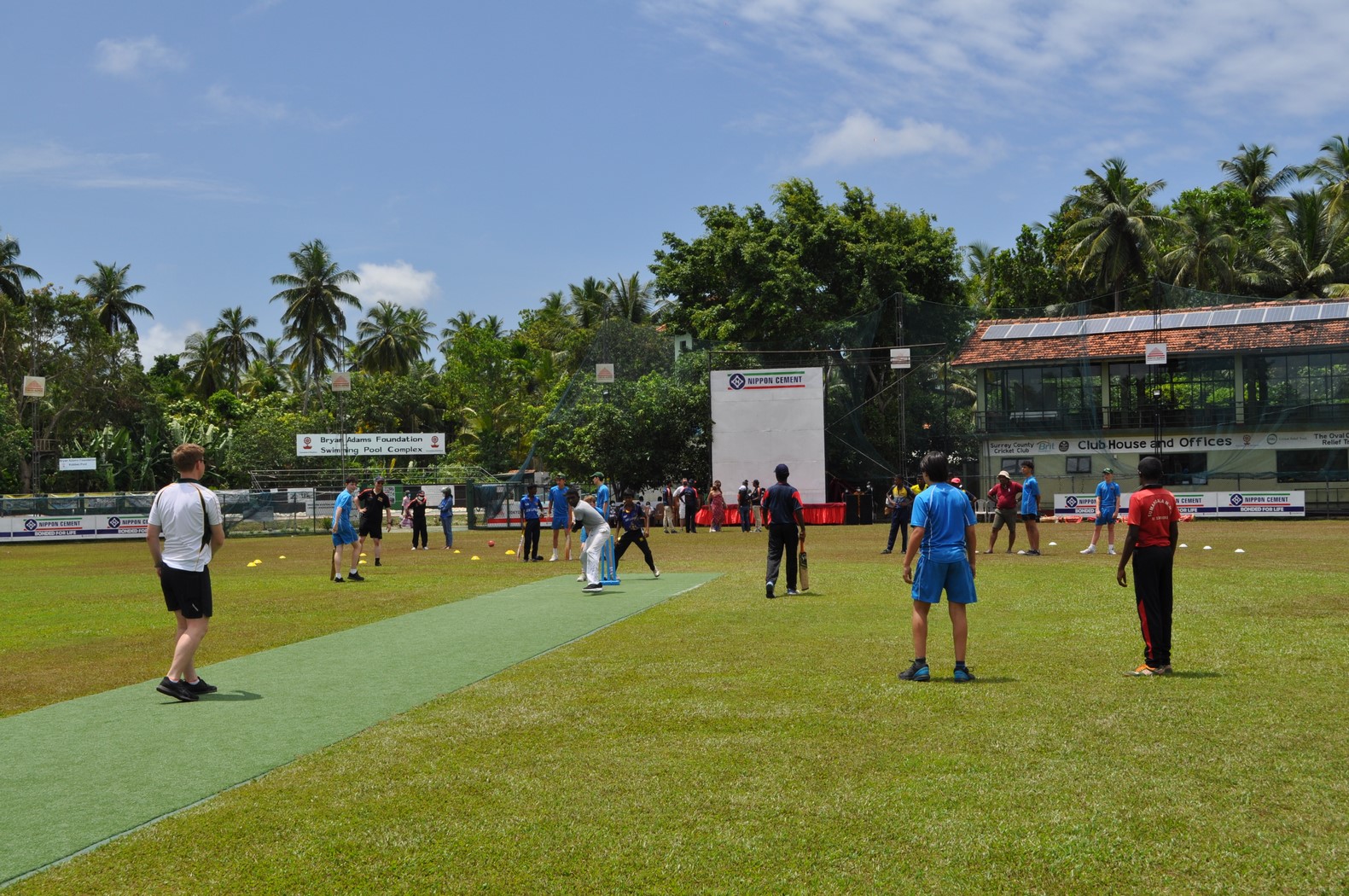 A cricket squad from St Benedict’s embarked on an exciting tour to Sri Lanka over the Easter holidays. As well as enjoying some great cricket against outstanding teams, the itinerary included some unforgettable excursions and a wonderful introduction to Sri Lanka’s natural beauty, culture, and traditions

It was a very enjoyable trip, with not only cricket but also learning about the culture in Sri Lanka. We had fun with the cricket and visiting famous landmarks and especially the volunteering with children at The Foundation of Goodness. Handing over the cheque was a privilege and we hope we have helped them.

The squad of 18 St Benedict’s cricketers, drawn from the U13, U14 and U15 age groups, played seven fixtures against Sri Lankan school teams, including two T20 matches at Colombo’s P. Sara Oval test match ground. They were also lucky enough to train at the magnificent Galle International Stadium: fringed on two sides by the Indian Ocean, it is considered one of the most picturesque cricket grounds in the world! 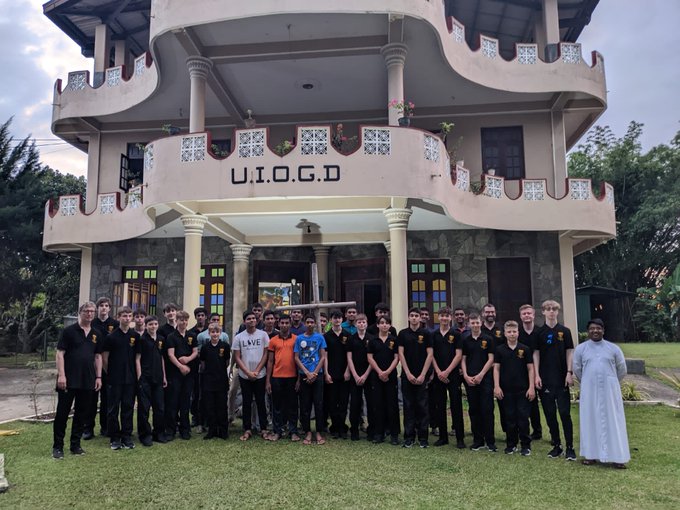 The tour included several fascinating excursions, taking in an elephant sanctuary and a visit to the Temple of the Tooth in Kandy - one of the most important Buddhist sites in the world. The boys stayed in three different locations - Kandy, Hikkaduwa and Colombo. 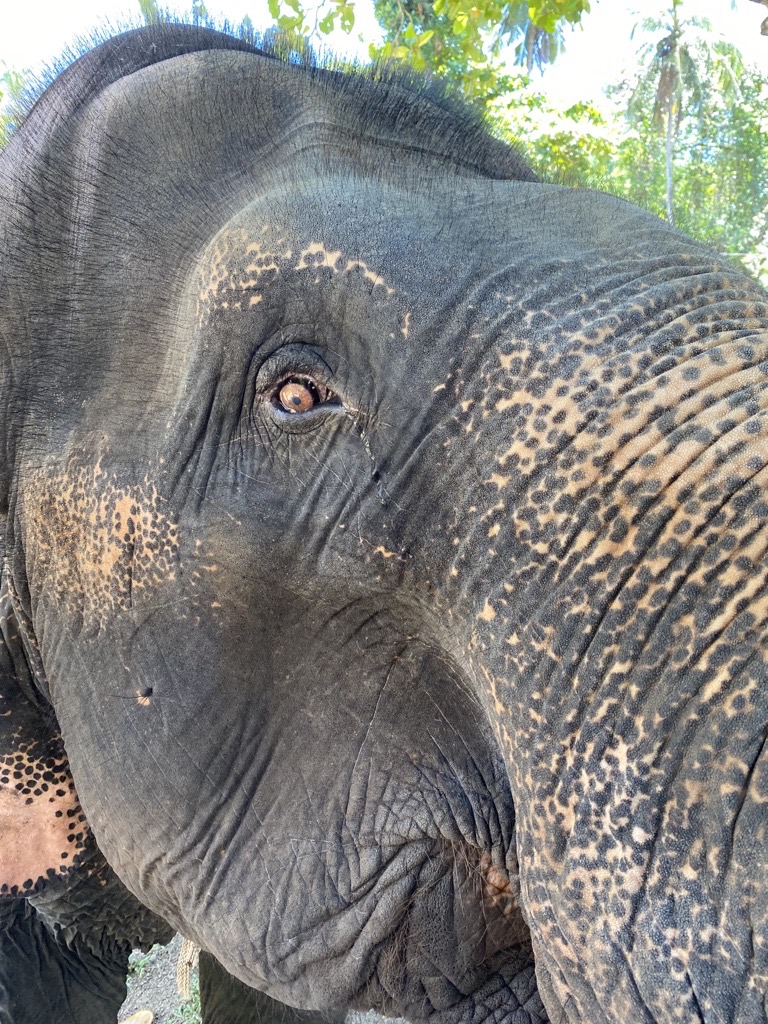 A highlight of the tour was an inspiring afternoon at the Foundation of Goodness in Seenigama near Hikkaduwa - a charity founded by the MCC following the Tsunami tragedy  of 2004 which transforms the lives of rural communities in Sri Lanka. St Benedict’s is a long-standing supporter of its work and the boys presented the charity with a cheque for £8,600, which they had raised themselves by running, cycling and rowing the circumference of Sri Lanka on the school’s rowing machine! The presentation was made to Kushil Gunasekara, the Founder and Chief Trustee of the Foundation of Goodness, who said: “Your donation towards empowering rural disadvantaged communities in Sri Lanka is critical during this difficult time and without your help we would not be able to continue our various projects.” After touring the Foundation, the boys did fielding drills and played mini-matches with a group of happy, talented and relentlessly enthusiastic Sri Lankan children.

The Sri Lanka Cricket trip was an incredible and memorable experience which traversed three cities, (Kandy, Hikkadua and Colombo), some stunning cricket grounds, packed with a full schedule of seven matches and training in hot and humid conditions. The scenic beauty, culture and traditions were fascinating and delightful, as well as the kindness, care and hospitality shown by our hosts and guides.  The highlight of the trip was undoubtedly the visit to the Foundation of Goodness which made me reflect on the privileges and opportunities I have compared to those less fortunate. The joy and passion shown by the children at the Charity has also inspired me to do more charitable activities. The bonding among the year groups (U15, U14 and U13) was excellent and fun as was the pastoral care and diligence shown by the teachers. As a whole the trip was immensely fulfilling, physically, mentally and emotionally. It has infused me with a sense of responsibility, maturity and insight. Without a doubt this was a trip of a lifetime and the unforgettable experience has improved me as a person, cricketer and pupil. Thank you, St Benedict’s School, for making this happen and for this amazing opportunity!

The cricket was well contested against good opposition. The games were very exciting and almost always came to the last over. The weather was hot and humid with a refreshing shower most afternoons. One big highlight of the trip was the Foundation of Goodness and being able to see what my, and the team's efforts did to help the people involved with the charity. Another highlight was the elephant orphanage and being able to ride and feed the elephants. Another great opportunity for me was visiting the Temple of the Tooth relic and Shanakar's tour of the historic temple.

The cricket trip to Sri Lanka was a great opportunity to learn about a completely new culture while playing cricket in some of the most famous grounds in the world. Some of the highlights for me were playing in the Galle stadium which the England squad have played in; another highlight was being able to raise money for the Foundation Of Goodness and being able to see the children we raised money for.