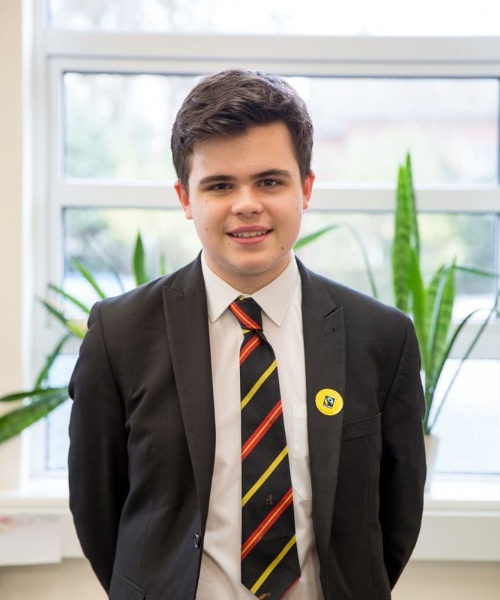 Evan, an A level linguist at St Benedict’s, explains why he is captivated by the German language and culture.

German is the language of one of the most important and influential countries in the world, and is an extremely enjoyable language to learn. I first decided to study German in Year 8, as it is what my mother had studied at university, and my brother had taken for A level, so I had a connection to the language previously. Both the nature of the language and the culture that surrounds it captivated me, with the existence of words such as Rindfleischetikettierungsüberwachungsaufgabenübertragungsgesetz, meaning ‘the law concerning the delegation of duties for the supervision of cattle marking and the labelling of beef’, showing the unique and quirky aspects of German. I decided to take my study of German a step further by choosing it as an A level, primarily because having a foreign language as a skill is one that will benefit me greatly. With Germany being the fourth largest economy in the world, and the home of many major companies, having this skill will definitely open new doors in the future. Obviously, in relation to Brexit, having this connection to the EU’s most widely spoken native language is a positive. However, regardless of Brexit, the opportunities that having German will give me was a major factor in making the decision. The fact that German blends so well with my other A levels (Geography and Politics, for example), in the vein of studying global cultures and systems, was also a contributor.

German is the language of one of the most important and influential countries in the world, and is an extremely enjoyable language to learn."

Personally, I think one of the best opportunities that the school offers, as well as one of the highlights of studying German, is the annual exchange to Meschede and the Gymnasium der Benediktiner.  I was lucky enough to take part in the exchange with my exchange partner, Felix, two years in a row, in Year 9 and 10, and the two weeks spent in Germany were particularly amazing. Not only was it an incredible opportunity to test my German in real-life family and school environments, but the memories and life-long friendships I have made were definitely the pre-eminent parts of the experience. This summer, I will be taking a trip to Freiburg - another opportunity for me to practise my skills.

The German A level course has been fascinating...we begin to learn about the rich history and culture of German-speaking countries in detail, from the rise and fall of East Germany and the Berlin wall, to looking at sustainable environmental approaches in Germany."

Although I am not currently looking to study German at university, I fully intend to retain and improve my knowledge of German for the rest of my life. The German A level course has also been fascinating. Unlike at GCSE, we begin to learn about the rich history and culture of German-speaking countries in detail, from the rise and fall of East Germany and the Berlin wall, to looking at sustainable environmental approaches in Germany. We also study one film and one piece of literature, and are able to present a research presentation on any topic to do with the country/language. The book that I am studying is Der Besuch der Alten Dame, which many German students got the opportunity to perform at St Benedict’s over two nights in 2017 - another highlight of my experience in the department. I have chosen to complete research on the differences between impacts of the German language on German-speaking areas in Namibia and Texas. The course has, and will continue to be, engaging and informative, especially with the enthusiasm of the supportive German department staff at St Benedict’s.