Do we know how to ask a ‘good question’?

Julie Greenhough, Head of the Extended Project Qualification at St Benedict's, makes the case for the EPQ as an opportunity for ‘extended’ thought. 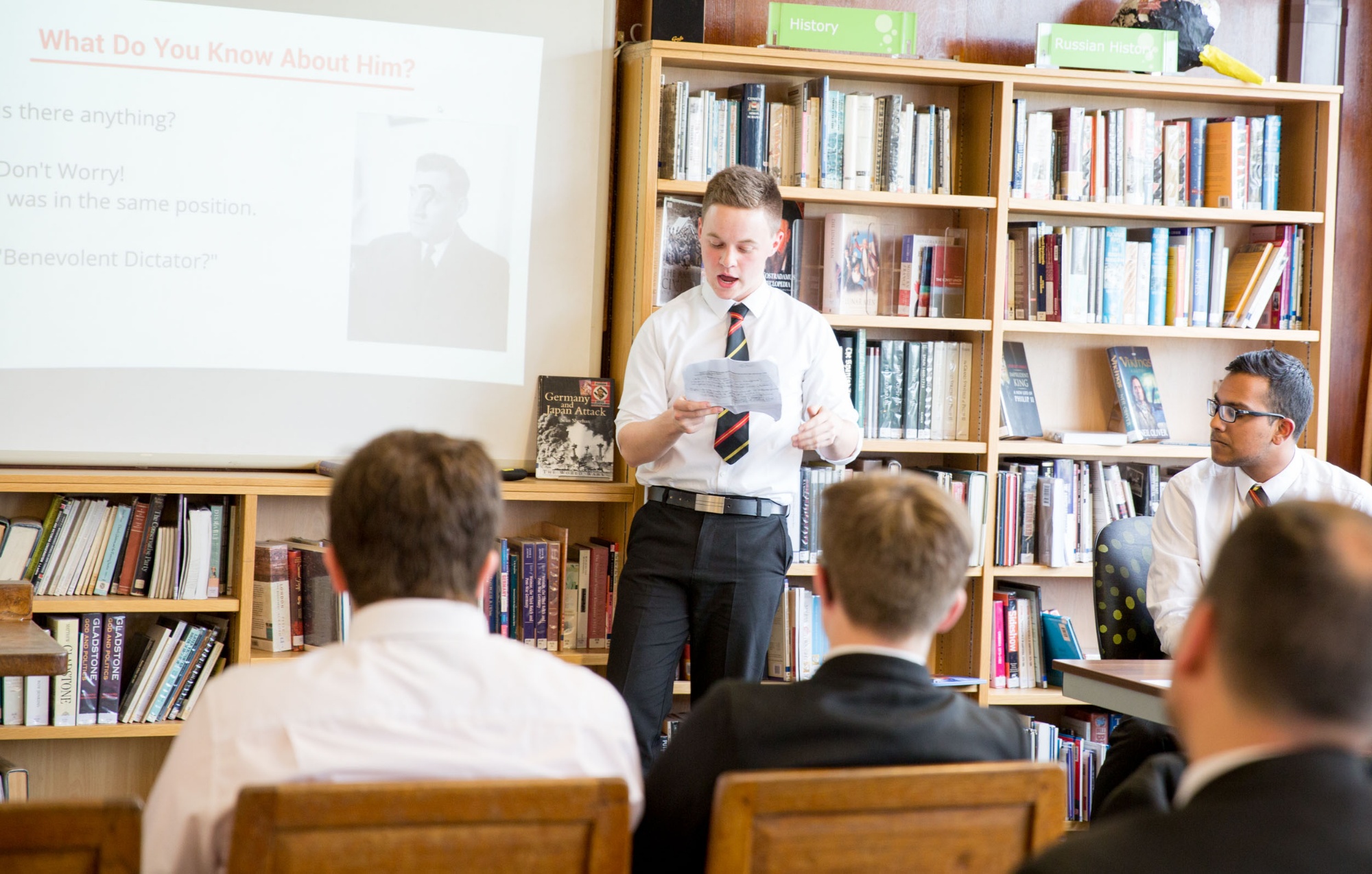 Autumn: ‘season of mists, mellow fruitfulness’ and head colds. I ponder, for the umpteenth time, why I did a doctorate in multimodal theories of meaning-making when I could have done one on finding a cure for the common cold… no doubt a question that others continually seek to answer.

Learning does not happen with a set of facts, such as a list of historical dates; it begins with big, open-ended questions.

It seems that such a question is just the type of critical questioning that we should be seeking to answer this season, especially as November is the time to mark World Philosophy Day. Held on the third Thursday in November each year, the day has been proclaimed by UNESCO to recognise the value of critical questions, and the contribution such questions make, to the development of human thought, to culture and individual development.

Learning does not happen, be it in a school or elsewhere, with a set of facts, such as a list of historical dates; it begins with big, open-ended questions (Kohn, 1999). Will numbers ever end? Why do we lie? Is it true that without language nothing exists? Maybe even the question as to why we do not yet have a cure for the common cold! Learning happens when we have to think and think hard. Such questions are not the type of question in which a student can expect to be told the ‘right answer’. Indeed, there may not be a ‘right answer’ at all but a learning pathway that leads to more questions. 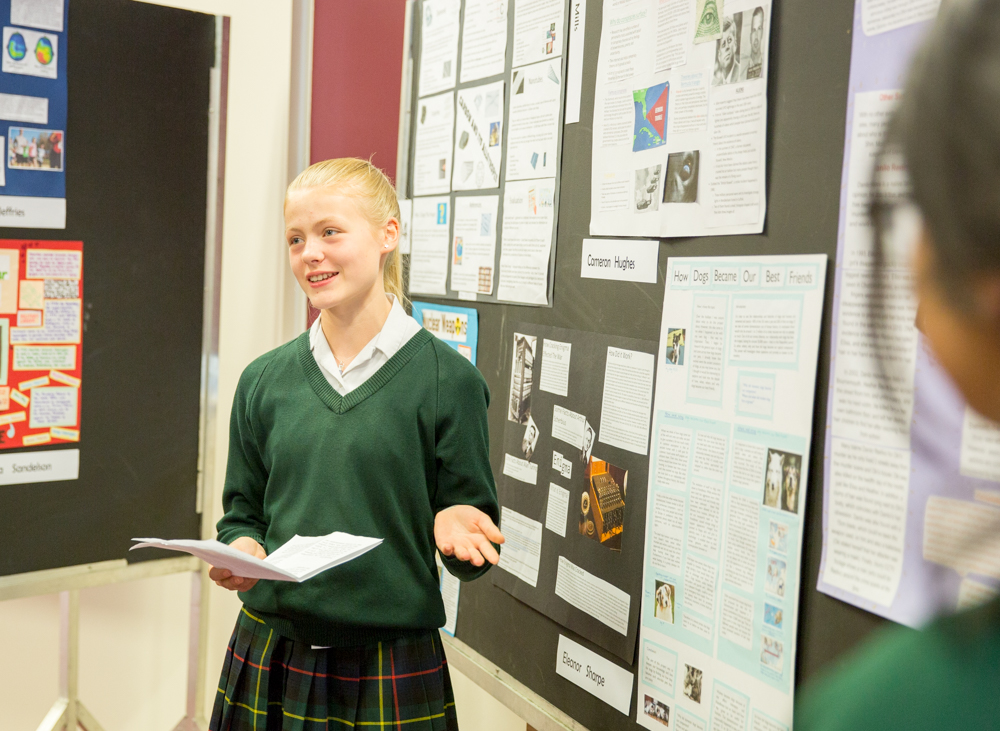 Schools need to respond to this need and offer opportunities to learn through project- based, research-based learning. Schools must become places where hard thinking and asking questions is the norm. Regurgitating taught knowledge is not learning. I may know when the Battle of Hastings took place but that does not mean that I know about this historical event. Likewise, knowing where Shakespeare was born or when he wrote a particular play does not mean I understand literature, and knowing when the Great Vowel Shift took place does not make me an expert in linguistics.

Memorable learning through deep questioning is what the EPQ offers...

Cutting edge learning takes place through research-based enquiry and with opportunities such as those offered by the Extended Project Qualification (EPQ). In the world of brevity in which we currently find ourselves, the EPQ provides students with an opportunity for ‘extended’ thought and to experience learning as transformative. By unlocking their curiosity students can acquire a position of criticality, which positions them not as students but as learners and researchers. This, in turn, moves them from a position of passive learning into one of confidence, by teaching them how to think and not what to learn. It gives them courage to ask questions as opposed to providing the ‘right’ answer to a set question. Through the habits and skills gained on their own ‘research journey’ academic confidence is gained through a process of creativity, discovery, making re-making and embracing change. Ultimately, by acquiring the skill of clarity a learner can then communicate their findings, engage in dialogue and collaboration with others.

Such learning can be viewed as transformative; it gives agency to the students enabling them to think about the world around them, to think about themselves. In a nutshell, this is the aim of World Philosophy Day.

World Philosophy Day has been proclaimed by UNESCO to recognise the value of critical questions, and the contribution such questions make, to the development of human thought, to culture and individual development.

There is, of course, a world of difference between asking a question and asking a good question. Bad questions seek answers that merely confirm what students may already know, resulting in them getting stuck in an echo chamber, unable to tell fact from fiction, bias from balance, skills ever more critical in the world of ‘fake news’. Students find it uncomfortable being in a state of uncertainty, not knowing the answer, finding themselves stuck in ‘liminal space’ (Flanagan et al 2010). Pupils need support and guidance, a new ‘thinking toolkit’, if they are going to be able to open up new and previously inaccessible ways of thinking about something, what Meyers and Land (2006) refer to as a ‘threshold concept’, akin to a portal opening up in their ways of thinking. With the EPQ this is done through the role of the Supervisor whose role is that of a Socratic mentor, one who enables thinking to take place but not someone who tells the pupil what to do, nor what the answer to the question is.

In overcoming learning barriers to understanding, students develop deep understanding, not just the ability to regurgitate taught knowledge. Memorising, repeating verbatim without deep understanding to enable a student to ask more probing questions is not learning. Students need to learn to think for themselves through reason, argument, inquiry, and explanation. I refer to this as directed independence as opposed to the oft banned phrase ‘independent learning’, an empty catch all too often used as an excuse to just give a student more work to do on their own without direction.

Such an approach is not just relevant for schools. If we think of universities as places of academic innovation, of groundbreaking research and places of collaboration then we can see more clearly how and why the EPQ is increasingly desirable and relevant for students’ future pathways. Memorable learning through deep questioning is what the EPQ offers for it is things ‘that we’ve asked about, thought about, worked on for ourselves – these are the things we tend to remember.’ (Taylor 2018)

In the challenging times in which we live we need the capacity to ask questions  more than ever and the research skills to seek to find answers (including a cure for the common cold!). Better research starts with better questions. This autumn then I urge you to do as Voltaire insisted – judge a person by their questions and not by their answers. Because it is questions that help us define what we do not know and force us to justify what we do think we do already know.