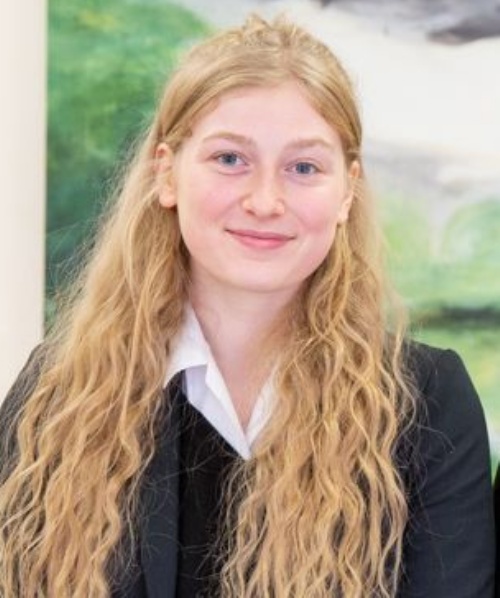 Throughout my academic life, I have attended co-ed schools. It is a system that I whole heartedly believe in, and now, 5 years on from when I joined Bennies, as I prepare to leave secondary education, I have come to appreciate the profound benefits that I experienced from attending a school which welcomes all. Co-education fosters respect between peers of any gender and ultimately represents a more modern workplace. Co-education in a sense, therefore, represents a transition into a more realistic and equal society – one where men, women, or however individuals choose to identify themselves, can work in harmony together. Through shaping individuals in their formative years to be accepting of a more diverse workforce, in turn, we mould a better society for our children and future generations.

In London, there seems to be more choice for single-sex schools hence why, for my two eldest sisters, my parents opted for the single-sex system for their schooling. However, following a posting abroad where co-ed schools were the only option, my family embraced this and remained on the co-ed pathway upon our return to the UK.

This piece is not to say that single-sex schools should be abolished, nor is it saying that mixed schools are perfect. On the contrary, although I myself have never attended a single-sex school, many of my primary school friends have. Their experience, although different from mine, has been no less enjoyable. Single-sex schools might be thought to foster an intense hard-working environment, to encourage competition and allow for the forging of close friendships. But so do co-ed schools. Although perhaps a generalisation, and I of course cannot speak for those who have attended single sex schools, I do want to emphasise that having the choice to send children to whichever school fulfils your, and your children’s requirements, is obviously paramount. All schools have different benefits but, in turn, all schools do have their drawbacks.

Despite this, my experience at St Benedict’s, through a female perspective, although challenging at times, has been a hugely positive experience. In the A-Levels I took, English, History, and Politics, a significant number of lessons included debates, or putting yourself and your opinions forward. The school is approximately 40% female, and in my Politics and History classes, the girls were outnumbered. And yet, looking back, I believe this was to the benefit of all. Personally, it helped me grow significantly in confidence. Despite the impassioned voices of some, I managed to find my voice and regularly challenged the views of others, as well as understanding and responding to the different perspectives which my peers would take. The confidence of many of the boys seeped into the girls and vice versa. Through the exchange of all our different perspectives that we had on certain issues, including some as a result of our gender, benefitted us hugely. To put it plainly, we learnt from each other. Much like single-sex schools therefore, my classes, as well as my sporting endeavours, were competitive, but also enjoyable. The dynamic between the sexes encouraged our academic attainment and helped to reduce any patriarchal and hierarchical structures that existed.

It wasn’t only the relationship between the sexes which improved, but also the relationships within. When on occasion some of the boys’ voices would interrupt or dominate, my female peers would stick up for each other. As a younger child, I always tended to get along better with the boys. To an extent, that is still true even now. It’s probably why I am a strong advocate for mixed-sex schools. But in my Sixth form years especially, my relationships with my female friends have grown ever closer and ever stronger. From a social perspective, there is rarely any animosity between the sexes. We are simply a group of friends who look out for each other.

And, whenever there have been issues, or any degree of sexism has arisen, steps have been, and are being taken by the school to rectify such issues. Most recently, following the publication of ‘Everyone’s Invited’, students in the Sixth form have met with the headmaster to address any issues we have faced as female students, as well as how we as a school, and a society, can tackle such behaviour. St Benedict’s takes an active stance against inequality. The female students, although perhaps outnumbered by the male students, will always have the opportunity to speak and thrive.