An introduction to Philosophy 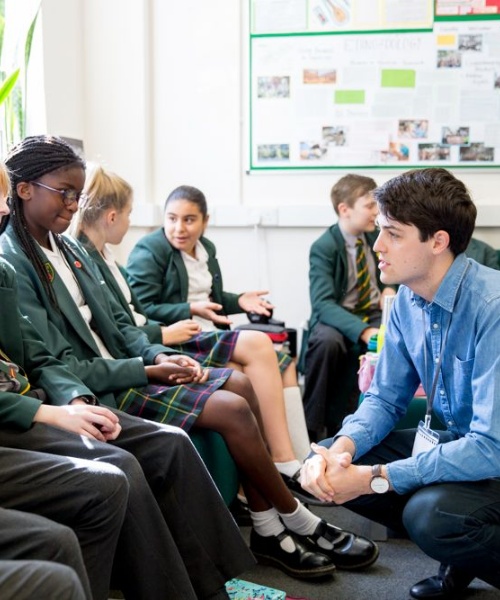 What is nothing? What is meant by duty? Are animals different from humans? What is ownership? St Benedict’s pupils are learning to think more clearly, more deeply, and to explain and justify their views.

Regular philosophy sessions at St Benedict’s, led by a visiting philosopher, are encouraging children to THINK.

The Nature of Nothing….

It is not every day that pupils have the opportunity to think about nothing….  but that is exactly what some of our year 7 pupils did for most of a lesson. In fact they argued, discussed and reasoned about nothing with considerable enthusiasm.

During discussions and thinking games, the philosopher Steven Campbell-Harris frequently challenged pupils to think more clearly, more deeply, or to explain and justify exactly what they are saying. He also met with sixth form students interested in reading Philosophy at university, and gave some useful insights into the merits of studying this subject at a higher level. Of course, interesting discussion ensued on various philosophical points.

Thought-provoking and challenging activities throughout the day included: 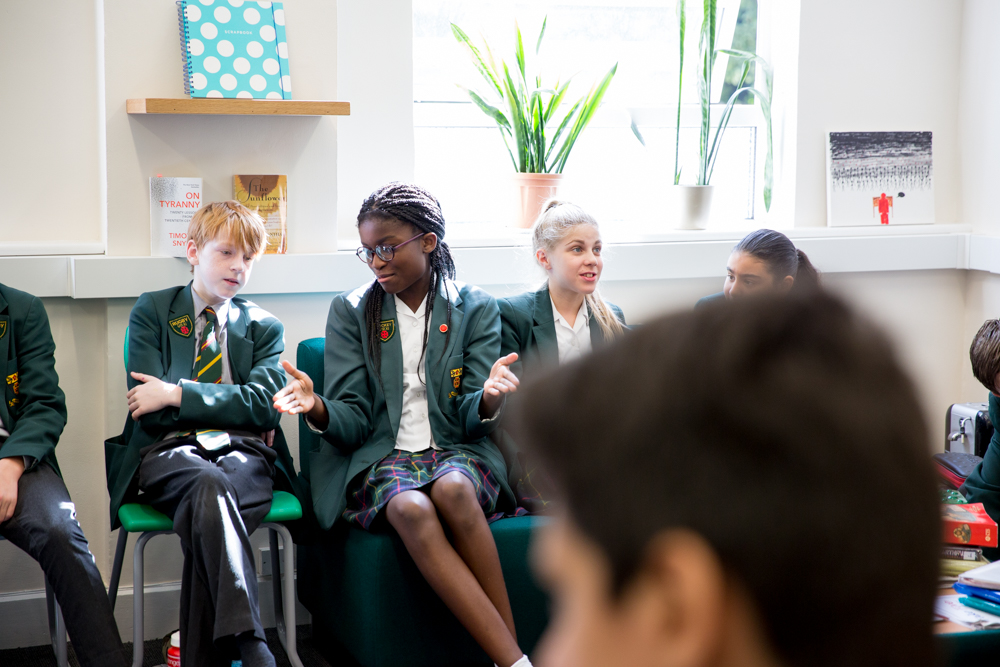 Here are some thoughts from participating pupils:

I really enjoyed the topic the philosopher talked to us about. I liked how he showed us quotes and asked us our opinion on them. The topic was on nothing, which made it interesting because nothing is nothing, and nothing is also something.

I really enjoyed the philosophy session. I thought the discussion was very interesting and it made me think about how one thing can be seen in different ways by different people. The discussion made me think deeper about a question that I would not normally think about. My favourite idea was that if the hole in the Polo mint was nothing, and nothing meant ‘not anything’, then it wouldn’t be there at all, but it is, so nothing must be something. My other favourite argument was that when we think about nothing it becomes something, and that nothing already is something because someone would have had to think about it to have the idea of the hole in the mint.
Sophie

I enjoyed the opportunity to express our own opinions and to disagree with others about different situations. What was also interesting was how you could give one opinion and explain it, then be given a different situation by Mr Harris and have your opinion changed.

I very much enjoyed the philosopher's talk. He involved everyone and made me think about how to justify my arguments. My favourite discussion during the talk was about the difference in salary.

I really enjoyed today's session with Mr Harris. I believe that I gained a lot from this activity and I think we all benefited from this.
Anthony

I thoroughly enjoyed it and felt that I learnt a lot about both the basic ideas of what philosophy is as well as the heated debate of how an election should or could be won. (In my opinion, a combination of democracy, epistocracy and scholocracy would produce one fair and just voting system.)
Jake

The question of DUTY

What’s the difference between an aim and a duty? Is there a difference? Conscience and responsibility. Do duties have time limits?

Does the majority matter more? Would you save one family member or two strangers, or a million strangers?

Example: Highly respected William Bulger was the longest serving state senator in Massachusetts, president of the university and a lawyer. His brother, James Whitie Bulger was wanted by the FBI for multiple murders and drugs trafficking. William refused to help the FBI with their enquiries, and took the fifth amendment. Was he right? 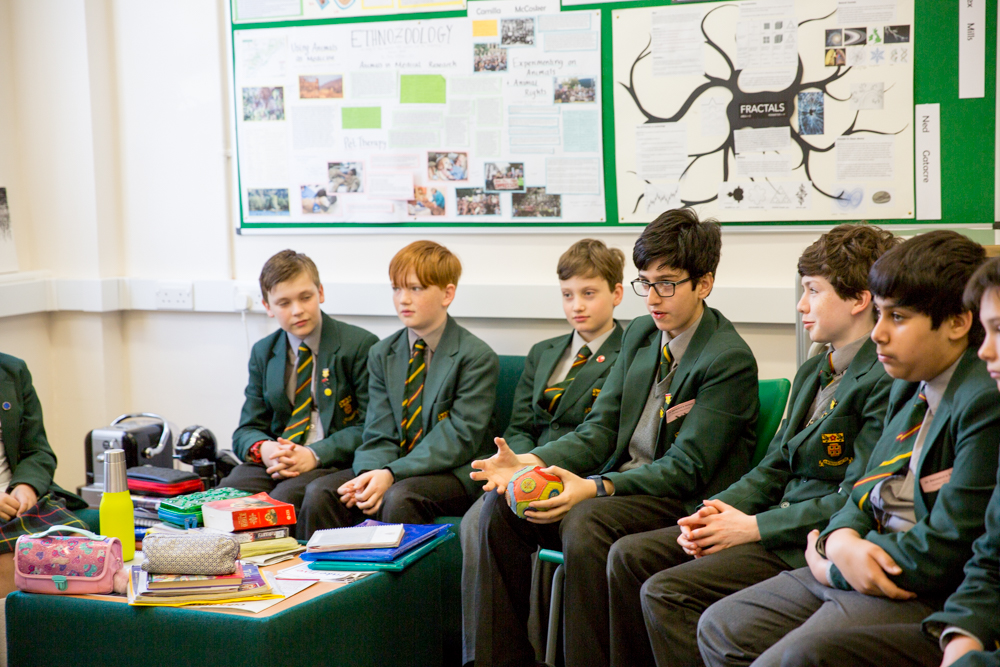 Was his first duty as a brother or a citizen?

Is there a difference between not telling the truth and withholding information?

Does the majority matter more? Would you save one family member or two strangers, or a million strangers?

Are animals different from humans?

Whether or not we reached a final conclusion is debatable, but what is clear is that we had an extremely thought-provoking and engaging discussion with the philosopher Steven Campbell-Harris. In just an hour we dived into the murky waters of the question that Plato tried to answer so long ago: “Is there a difference between humans and animals?” We considered logical thinking, morality, society, and knowledge of the existence of North Korea in our trek, pondering if these were true differences or just differences to a degree. Thoughts, ideas and concepts were thrown around, agreed upon and then refuted. A lively debate grew, changing so that it focused on whether speciesism (humans considering themselves better than other animals) was justified and if we should all really be vegetarians. Although we never came to an agreement, I think we may have come up with a deeper definition of a human than Plato, who said a human was merely a two legged, featherless animal.

I really enjoyed the Philosophy Workshop as it got me thinking more deeply. I liked considering all parts of the example/problem and trying to sum up my opinion in a short but complex answer. Usually, I just try to understand a concept then move on, but here I really had to look into and analyse meaning and what the intention and consequences show about an action. I also liked hearing other people’s views about morality and things like utilitarianism.

We dived into the murky waters of the question that Plato tried to answer so long ago: “Is there a difference between humans and animals?”

The philosophy talk that I took part in was extremely interesting. It has deepened the way I think about things and will change my life as now I see what a philosopher does. The question was about ‘slow berries’  - a berry in a world where everyone is fast, and if consumed, would make you and your brain slow down. Mr Campbell-Harris posed the question: if a minority didn’t eat them, but the majority did because the berries were very tasty, would you ban the berries? 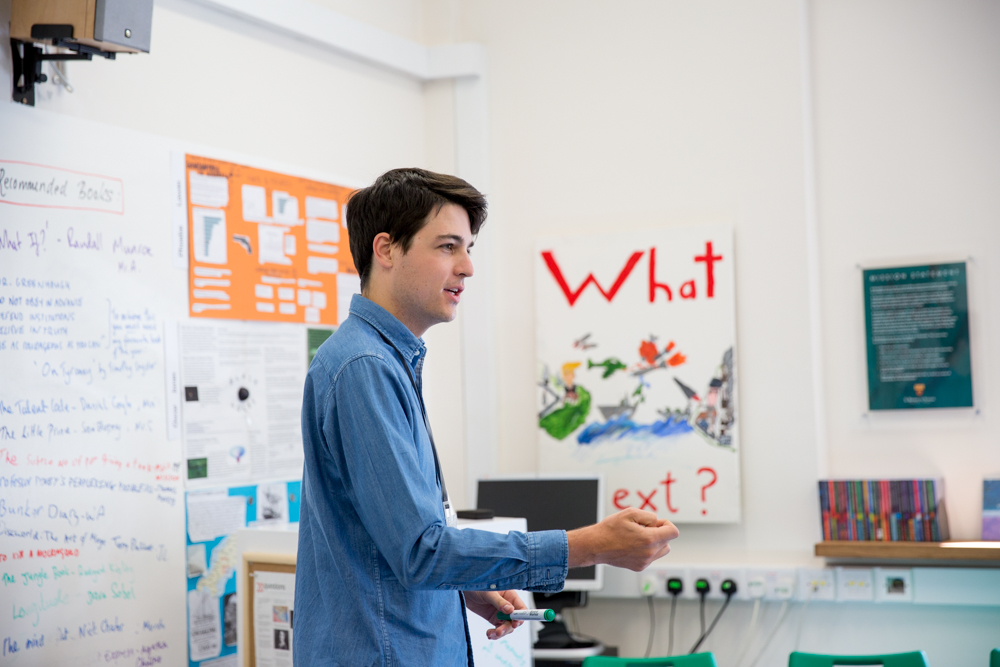 We gave many valid reasons why we should and shouldn’t ban them, but we also came up with alternatives such as artificial substances that have the same taste as the berries but with no slowing effect. Overall, I feel all who took part in this talk had their meaning of life developed and a greater understanding of what a philosopher does.