The Test of False Belief and the Theory of Mind 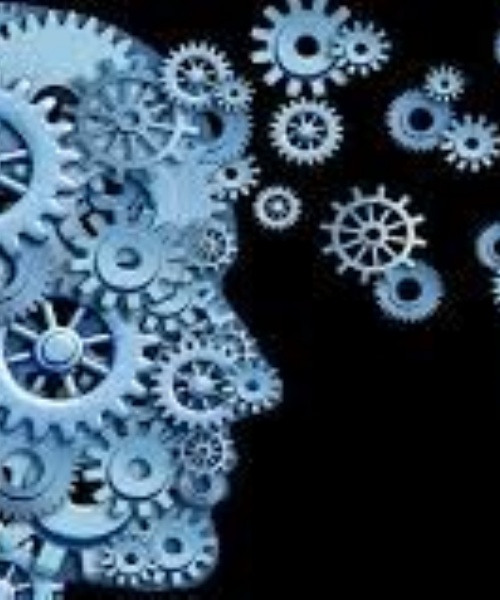 A level Psychology student, Joe McDonald, asks, How valid is the Test of False Belief in measuring the development of Theory of Mind?

There are many types of false belief tasks and they all seek to determine whether an individual is able to attribute false beliefs to others. The first test of false belief was called the Sally-Anne test. This has been the most used and in some respects is the simplest form of test. It was implemented by Baron-Cohen, Leslie and Frith in 1985. The test presents the child with a character, Sally, who leaves a desirable object such as chocolate or a ball in a basket, then Sally leaves the scene. In her absence, another character, Anne, moves the object from the basket into a box. Children are asked to predict where Sally will look for the object when she returns. Four-year-olds tend to pass the test - correctly attributing a false belief to Sally while younger children tend to fail. Since then many different forms of the false belief test have been used to determine whether individuals have theory of mind.

Not all tests produce similar results. In this essay I will evaluate the different types of false belief test and how the results differ depending on how the test is presented, which will cause the child to use different skills when taking the test. I will also explore the fact that some people with autism can pass the test depending on the situation when others can’t. Finally, I will come to the conclusion that some if not all tests of false belief should be abandoned and a single, universal test should be used instead to lead to more valid and representative results.

One of the most confusing issues with these tests is how children have passed one test but failed another, for example the Sally-Anne test (Baron-Cohen, Leslie, Frith 1985) was used to test a sample of around 500 children. These 500 children then took a modified version of this test (Leslie, Frith 1989) where actors were used instead of the story. Around 10% of children successfully attributed a false belief to the actor but not to Sally when told the story. This is a massive problem because it leads to different results. So, which set of results are more valid? Do these children have a theory of mind? Is it because they have a slightly less developed theory of mind? Are these results an anomaly? The answer is we don’t know, and performing another test would only add to the confusion. Similarly, the 1985 Sally-Anne test was conducted on a sample of around 200 15-18-year-olds; half had Down’s Syndrome and the other half were diagnosed with autism. (It is not clear whether the people with autism were at a similar place on the spectrum). The results showed that around 95% of people with Down’s Syndrome passed the test and only around 20% of people with autism passed. Wimmer and Weichbold (1994) suggested that the fact older autistic children failed “speaks for the validity of the false belief task, since social impairment is one of the defining characteristics of autism”. But I think it also highlights a weakness in the task. Normal three-year-olds and older children with autism both fail the false belief task, but, simply put, normal three-year-olds are nothing like older autistic children. The three-year-olds are stronger at communicative and linguistic skills, and have the ability to pretend and understand the pretence of others. I feel that it is a severe problem for the task as it classifies the two groups together as individuals who lack theory of mind. Also, another issue is that the 20% raised many questions because they were not able to tell if these people had a theory of mind or guessed randomly and answered correctly.

Another reason why the test of false belief is not valid is the fact that there is more at play than just theory of mind when taking part in the test. As Dennet (1978) pointed out when evaluating the validity of using false belief tasks to determine if chimpanzees have theory of mind, Premack and Woodruff (1978), it is not enough to demonstrate that individual A can predict the actions of individual B. In many cases, A can do so without an understanding of B’s mental state, but by having an accurate understanding of the world. For example, in the Sally-Anne test, the child can predict where Sally will look without thinking about her mental state. A more robust test is needed, one where in order to pass you need to predict the behaviour of another person based on an inferred mental state that differs from reality. This way, it would show that the individual understands that it is the mental state, rather than the state of the world, that causes the action.

Another flaw in the way the test is carried out is the actual delivery of the test. If the delivery of the test is through acting, then the children who are more visual learners surely have an advantage over the children who are more auditory learners or kinesthetic learners. This could also be a reason as to why children have passed one test and failed another. The visual learners in the sample would find it easier to understand what’s going on and be able to complete the task more accurately. A test of false belief should not be biased towards a percentage of the group: all participants should have a fair chance of passing instead of the test playing to some children's strengths. Another reason why a universal test would lead to more valid and comparable results.

There is more to theory of mind than passing the false belief test. A study by O’Neil (1996) observed that two-year-olds do have the ability to modify their behaviour in order to get what they want: the children were seated in a room and observed a toy they wanted being placed on a high shelf. As this happened, each child’s parent was either present or absent. When the child asked for help later in retrieving the toy, they were more likely to name the toy and gesture to the location when their parent had not been present to witness the placement of the toy. This in itself is a form of theory of mind: the children knew that their mother didn’t know what the toy was, and where it was, so they changed their behaviour accordingly.

The false belief task has a few flaws that can lead to results that are not entirely valid; however, I do not believe it should be totally abandoned. I feel that a uniform test should be created or one of the existing tests chosen to be the only test used. This way it minimises bias and will produce results that can be compared to others fairly. While failure in the false belief test may not prove anything, passing it does.

As well as a measurement of development of theory of mind, it can be used to diagnose and study older children and adults with cognitive and linguistic impairments. Also, the factors that improve or diminish performance on the task (such as visual aids) can be of use too. They could help understand how children cope with multiple representations, and how children understand questions. The false belief task is not useless by any means. However, I feel that its current use is not adequate in order to measure theory of mind and produce more valid results. A more robust test is needed.

Premack and Woodruff (1978). Does the Chimpanzee have theory of mind? Published online by Cambridge University Press: 04 February 2010. Available from: https://www.cambridge.org/core/journals/behavioral-and-brain-sciences/article/does-the-chimpanzeehave-a-theory-of-mind/1E96B02CD9850016B7C93BC6D2FEF1D0

Joseph McDonald has an offer of a place to read Psychology with Cognitive Neuroscience at the University of Nottingham.