What’s it like to work at a company that wants to change how the world listens to music? Four lucky pupils were treated to a tour of the Spotify London office to find out.

At the Careers Fair we learned about Pete Beeney’s personal journey from a Geography degree at UCL to Global Agency Lead at Spotify. On Friday 26th January four lucky pupils – Lauren West, Ben Michaels, Sebastian Ruano-Knapp and Sophie Slaughter – were treated to lunch (burgers and shakes - Five Guys!) and a tour of the Spotify London office (Argyll Street, next to Oxford Circus).

Spotify are growing so fast that they will be moving into a new suite of offices in September 2018 - already they have overflowed into two other buildings.  But for now, we were able to admire the inspirational artwork that set out the Spotify approach to culture and a way of working – collaborative, for one – and the décor that supported a relaxed, creative and energized atmosphere. The proof was in how the space was set out: purple velour sofas recessed into the boardroom walls; decks that sit in the kitchen area and are used to mix party sounds every Friday: a kitchen space that supports team meetings around tables on bar stools.

All space was open plan. Some work stations were standing. There was no sense of people establishing personal territory: instead there was a sense of shared space. As we sat and ate in the communal table in the shared kitchen, Pete gave us a fantastic insight into how Spotify set itself apart as a product and brand and the sense of mission that charges the whole company.

First he explained Spotify’s ‘Freemium’  model –  and how it was developed as the only to compete with pirate platforms that offered music ‘free’ by denying royalties to musicians.

But this ‘free’ music came at a cost: it threatened to strangle the supply of music by destroying people’s ability to generate income and earn a living within the music industry.  It also often delivered a poor user experience as music was often difficult to download or reflected poorer quality ‘bootleg’ recording.

Spotify could not compete on price and fairly recompense artist royalties. However they could offer a range of features that made listening to music easy and convenient: provide a better supply experience for artists; and deliver a better consumption experience for customers. ‘Freemium’ is literally a combination of ‘free’ and ‘premium’. It means making a basic offering available to people with another tier of ‘paid for’ benefits that allow access to more features. 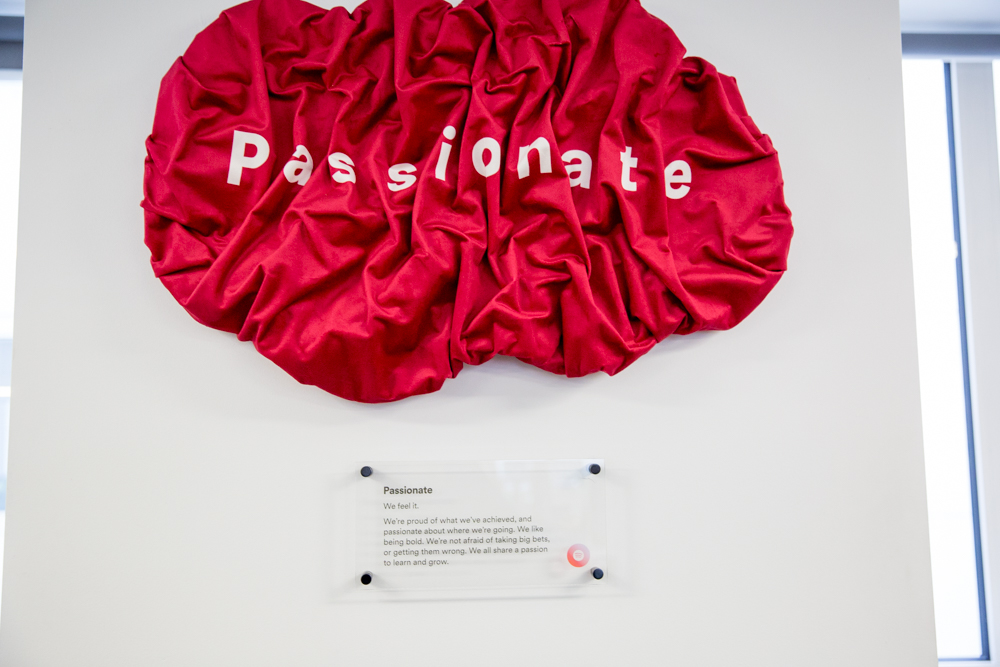 The model has helped democratize the distribution of music. Pete highlighted how the Spotify vision has artists as a central tenet – there is commitment to paying the artists royalties, a commitment to making music available widely  and within that,  a commitment to creating a creative ‘middle class’. In the past the model has been that a few people at the top of the industry make a huge amount of money. No one has any financial motive to change this model – agents and companies are interested in the amount of dollars they earn, not whether it comes from one artist (or ten) and in fact they might prefer the money to come from one as there would be fewer management costs.
Spotify is able to use playlists to help break artists: Lord’s breakthrough came from being placed on a Spotify Top 100 list. The exposure and the quality of her content led to spontaneous shares that helped a 16 year old singer from New Zealand garner a global following. There is a commitment to democratizing how artists gain exposure to audiences and how audiences can access music. 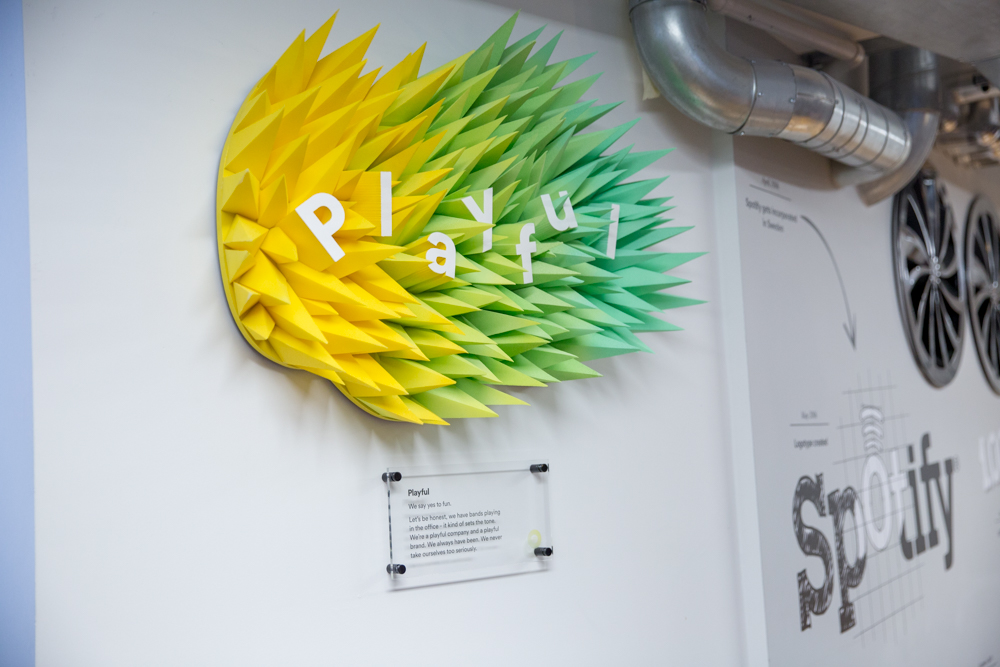 Although Pete emphasized the importance of people and the unique Spotify culture, he also explained how important data and analytics are to Spotify. As a digital streaming service, Spotify is rich in digital analytics and understanding and using data is critical to success.  He explained how every track download contributes to a digital footprint for every user’s music choice - by time of day and occasion as well as a general taste profile. Spotify is able to profile fan bases for artistes and musical styles and develop personalized sample playlists based on customer consumption, allowed Spotify to develop new products - such as ‘Discovery’.

‘Discovery’ lists arrive weekly in customers’ Spotify: new suggestions for new tracks that customers might enjoy, based on their previous consumption, helping Spotify  build the relationship with customers and creating exposure for new artists.  This is only possible because of the algorithms that underpin the company’s ability to profile customers. At the same time ‘real’ people taste-makers are important too, curating playlists on the basis of the trends that they can see emerging in the music industry.

So what does it feel like to be working in a company that wants to revolutionise how music is distributed? It’s smart without being about wearing suits: it’s relaxed without being lazy; it’s collaborative whilst still recognizing that every individual brings something unique. Above all, everyone shares a vision. It is probably best characterized by Pete Beeney. Lauren and Sophie noticed how open and polite he was to every colleague he encountered,  as well as incredibly generous in his time and explanation with us. Ben was delighted to have more insightful advice on his comedy app, Laughs, as he currently investigates whether he wants to secure another round of investing.