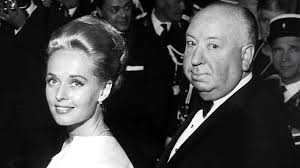 Would Alfred Hitchcock be as successful in contemporary Hollywood?

In this essay, I will explore the common characteristics of Alfred Hitchcock’s works, such as the themes of his central female characters and the character arc of all his male characters. I will also examine Hitchcock’s treatment of his actresses and the connected controversy, as well as the general prowess of his filmmakers, and will argue that Hitchcock would struggle to be accepted and successful in contemporary Hollywood today, even with his legacy, and the elements that made his films so unique: I believe that, while he would still attract an audience, his presentation of women in his films and treatment of his actresses would come under such scrutiny that he would struggle to have the creative freedom he once enjoyed; therefore his films would almost certainly struggle to be successful in the environment of contemporary Hollywood.

Firstly, in attempting to answer whether Hitchcock would still be successful in contemporary Hollywood, we must first look at his legacy as a filmmaker and the skills as a director that made him so well known in his own era. This is pointed to by journalist Bee Wilson, who stated in her June 2012 article, Alfred Hitchcock: from silent film director to inventor of modern horror that “His influence is still everywhere”. Noting that “he was the master of the overhead shot” and various other film techniques, Bee Wilson puts forth the important point that Hitchcock stylised his films and utilised such varying camera shots that they became synonymous with him and his masterful use of them. That in itself shows his legacy as a filmmaker and his credit of so many skilful camera techniques. Also, David Burgess noted in his article, Was Hitchcock the best film director ever?, that “The 1930s look like a low period in terms of quality, the average is somewhat deceiving as it was dragged down by the aforementioned lowest-rated film” and yet Hitchcock’s films rated much higher rating percentages than what was the norm of that decade. With The Thirty-Nine Steps (96%), Sabotage (100%), Young and Innocent (100%) and The Lady Vanishes (98%) all proving he could draw a large audience, these films had greater appeal, and amassed much success, during even the less thriving decades. This illustrates Alfred Hitchcock’s resonance with cinema audiences, while also maintaining credibility with his utilization of such varying camera techniques at an always masterful level. It's these elements of Hitchcock’s filmmaking that would align with the view that his films have a timeless appeal with their unique and daring take on varying film genres. Overall, this evidence would suggest that Hitchcock is perhaps still successful in contemporary Hollywood.

Furthermore, in considering how successful Hitchcock would be in contemporary Hollywood, it is clear that his treatment of his actresses must be examined, especially as it has drawn controversy in the years following the release of his most famous films. The main point of Hitchcock’s treatment of his actresses follows his actions towards actress Tippie Hedren, who starred in Hitchcock’s The Birds and Marnie - both highly successful films. Susan Jhirad states in her article, Hitchcock’s women that “Hitchcock swapped mechanical birds for real ones in a scene in which the actress had to be attacked by birds”, which is a clear mistreatment of his lead actress and would be a disastrous blow to the director’s reputation if it were to be leaked to the press in contemporary Hollywood. Also, Thomas Doherty noted in his article, To Catch a Filmmaker: The Girl, Hitchcock and Hitchcock, that “Hitchcock utilised Tippie Hedren’s vulnerability as a single mother more desperate for steady income to make her an easier target for his advances”. This shows Hitchcock’s character in an unpleasant light; but the main point of these claims of the mistreatment Tippie Hedren suffered at his hands is that, in a post #Me2 Hollywood, any claim of such mistreatment would instantly lead to a shutdown of film productions for any director at the fear of media backlash if the studio did not intervene. Tom Teodorczuk notes in his article, How the #MeToo movement is changing Hollywood, that a film about a famous figure’s exploitation of women: “That green button turned into a red button literally overnight” with the #Me2 movement having clear ramifications in the films being made in Hollywood. These points all illustrate that even if the claims of mistreatment from Hitchcock only relate to one actress, any such behaviour would be massively scrutinised in #Me2 Hollywood and would most likely have a negative effect on Hitchcock’s ability to make films: Hitchcock would probably struggle to have as much creative freedom, and success from that freedom, in contemporary Hollywood.

In conclusion, Hitchcock would still be a significant figure in contemporary Hollywood, due to his unique storylines and masterful use of camera techniques in so many of his films, and his legacy as a filmmaker would probably stay intact. Ultimately, though, he would struggle to be successful in contemporary Hollywood as his presentation of women in his films as being figures of less complexity, and easily subdued by the power and desirability of men, would most definitely come under much scrutiny in modern media reviews. Claims of his mistreatment of Tippie Hedren would also limit his creative freedom in the filmmaking domain, especially in a post #Me2 Hollwyood where any claims of misconduct are rarely tolerated out of fear of media backlash. It is therefore likely that Alfred Hitchcock would not be as successful in contemporary Hollywood as he was in his prime era of filmmaking.