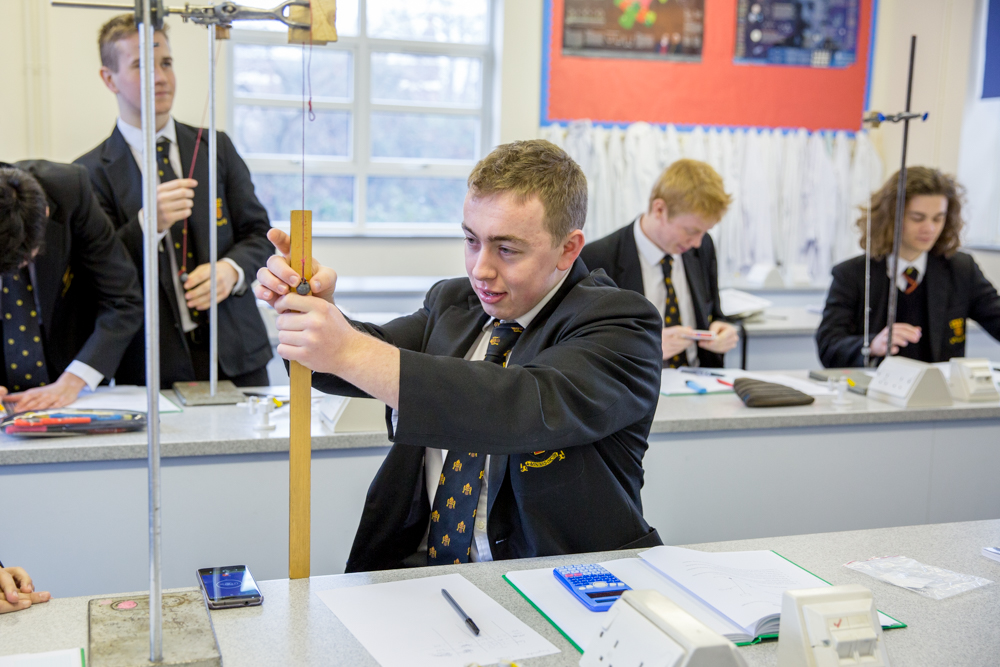 Physics is a fundamental branch of science because its principles form the foundation of other branches of science. For example, conservation of energy is a key principle of Physics that forms a starting point in a wide range of scientific studies from atomic bonding to weather forecasting.

What are the distinctive features of Physics?
Although the subject may be described as the study of matter and energy, understanding natural phenomena is a central aim of Physics. Originally called Natural Philosophy, through Physics we begin to understand why things behave as they do and attempt to solve stimulating and important practical and social problems.

One from the following options:

There is no coursework component, however, there will be compulsory experiments throughout the course, during which experimental skills will be assessed.
To study Physics A level you must have a sound grasp of Physics and Mathematics. Grade 7, or higher, is required in GCSE Mathematics and a grade 7 is expected in GCSE Physics. Studying A level Mathematics would also be a great advantage, but not essential (unless you are considering Engineering or Physics at University). If you have an enquiring mind, are adaptable, enjoy challenges, have good mathematical ability and powers of observation, then Physics is certainly for you!