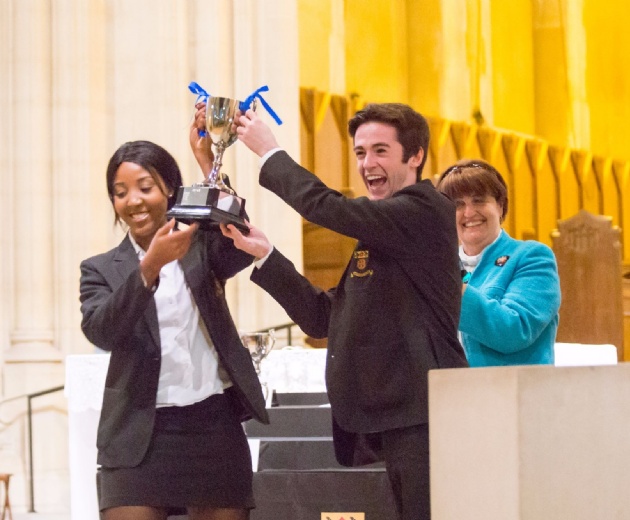 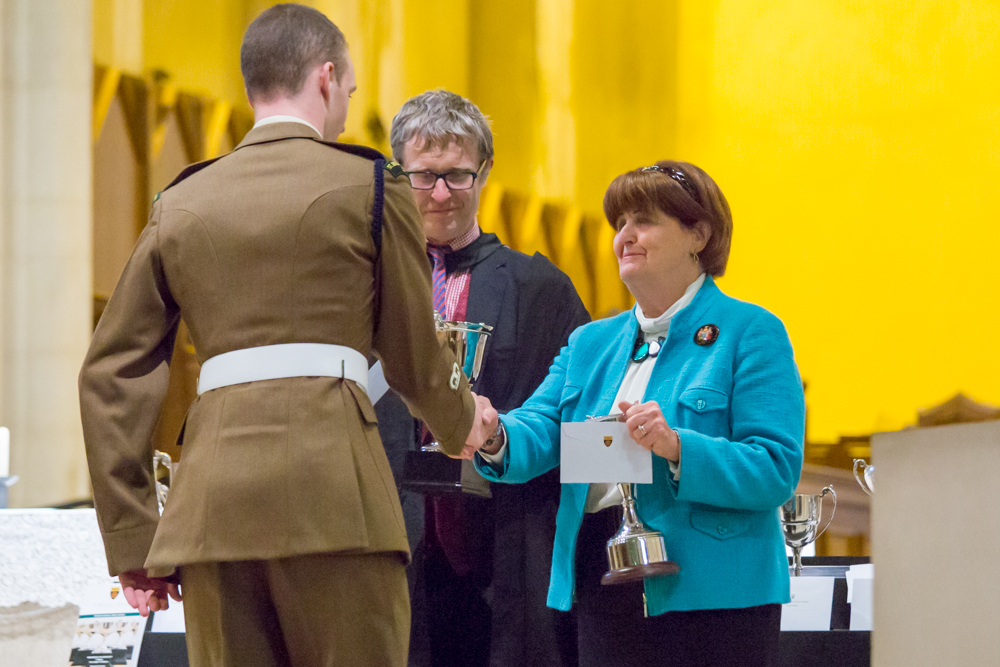 St Benedict’s welcomed The Right Honourable The Baroness Cox of Queensbury as Guest of Honour at Prize Giving in the Abbey Church. Prize Giving is a high point in the school’s calendar, when the many talents and achievements of our pupils are celebrated.

In his opening address, the Headmaster, Andrew Johnson, said: “I spend a lot of my time with parents, pupils and staff emphasising the importance of academic success; of gaining the best possible results in order to access the best possible range of future opportunities; of our ambition for our pupils, and their ambition for themselves. What distinguishes us as a Benedictine school, however, is how our young people will live their lives, and how successful we are in helping them to build self-confidence, resilience, discipline, generosity, compassion, faith, eloquence, and wisdom. In short, it’s how we develop character, and how we equip them to face the pressure and pace of modern life.” 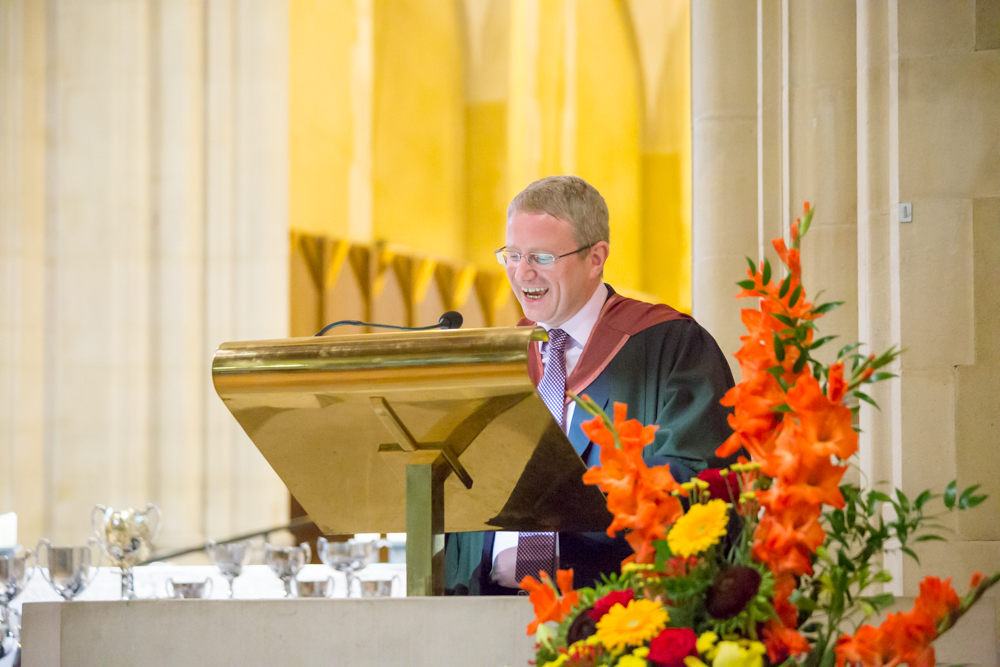 Baroness Cox founded the Humanitarian Aid Relief Trust or (HART), which works to provide aid and advocacy for those suffering oppression and persecution. Describing herself as “a nurse and social scientist by intention, and a baroness by astonishment,” Baroness Cox gave an inspiring address about her humanitarian work, which takes her to conflict and post-conflict zones. She spoke of the people of Sudan, who are forced to live in snake-infested mountain caves in order to protect themselves from militia attacks. Through all the chaos, danger and displacement of war, their priority is always education, and in a powerful story of “exam pressure with a difference,” Baroness Cox described how Sudanese children continue to take their exams out in the open. Ready to flee from attack at any moment, each child is equipped with a paperweight rock to keep their exam scripts safe until the danger passes. Her travels have also taken her to 1980s Poland, at the time of martial law. She quoted a 12 year old boy who wrote at this time: “I believe in the sun even though I cannot see it, and I believe in love even though I cannot feel it.” Love, she said, is not about sentimentality and mere words but about actions. Addressing St Benedict’s students, Baroness Cox said: “Always believe that love is there. Be the love. Give the love. Be filled with enthusiasm, which means ‘God within us’, throughout your lives.” 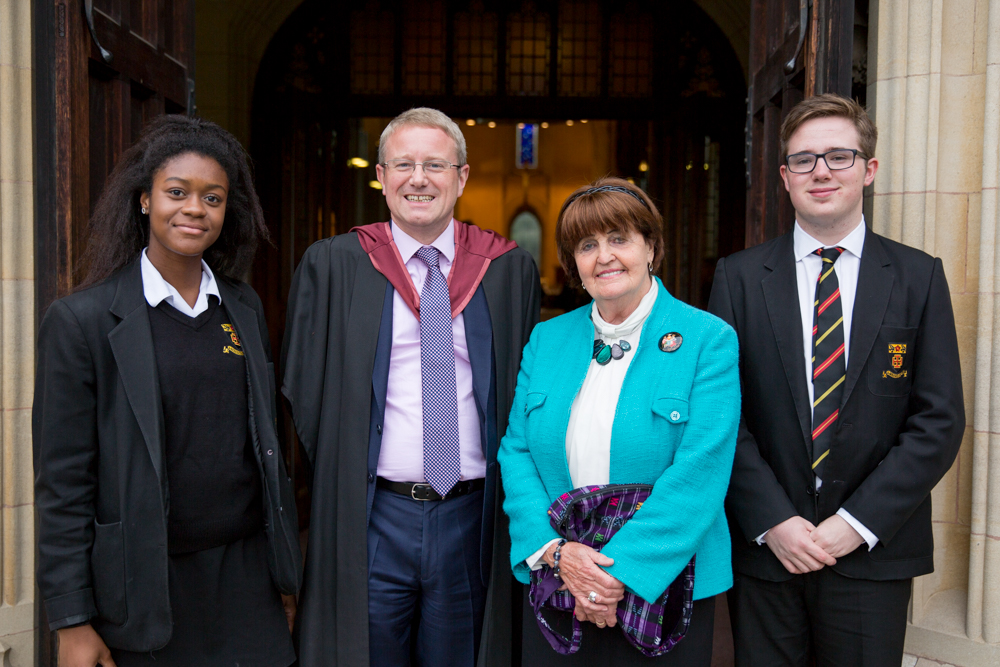 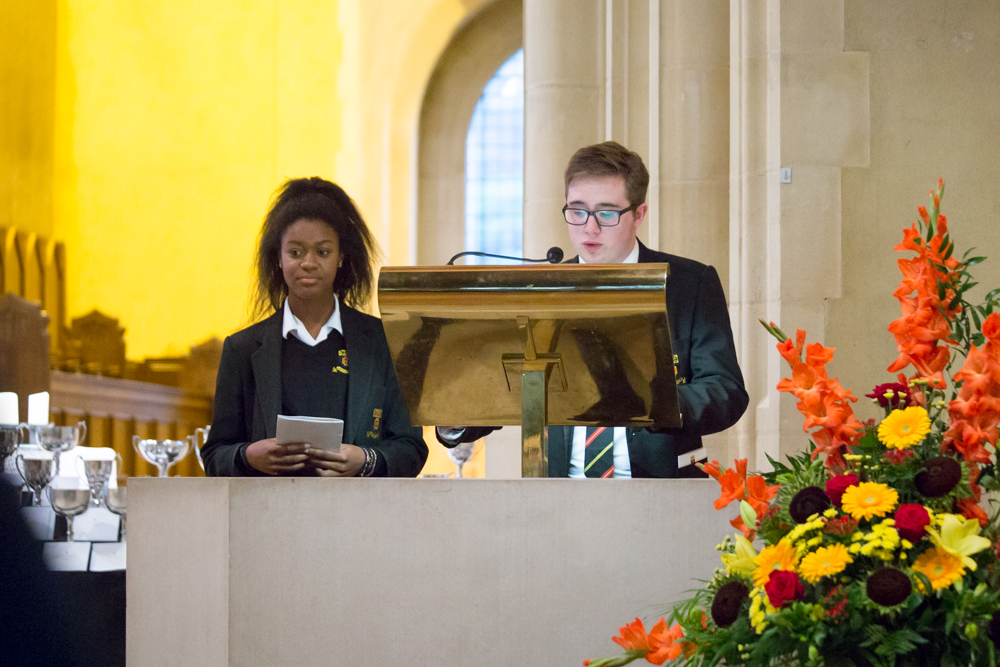 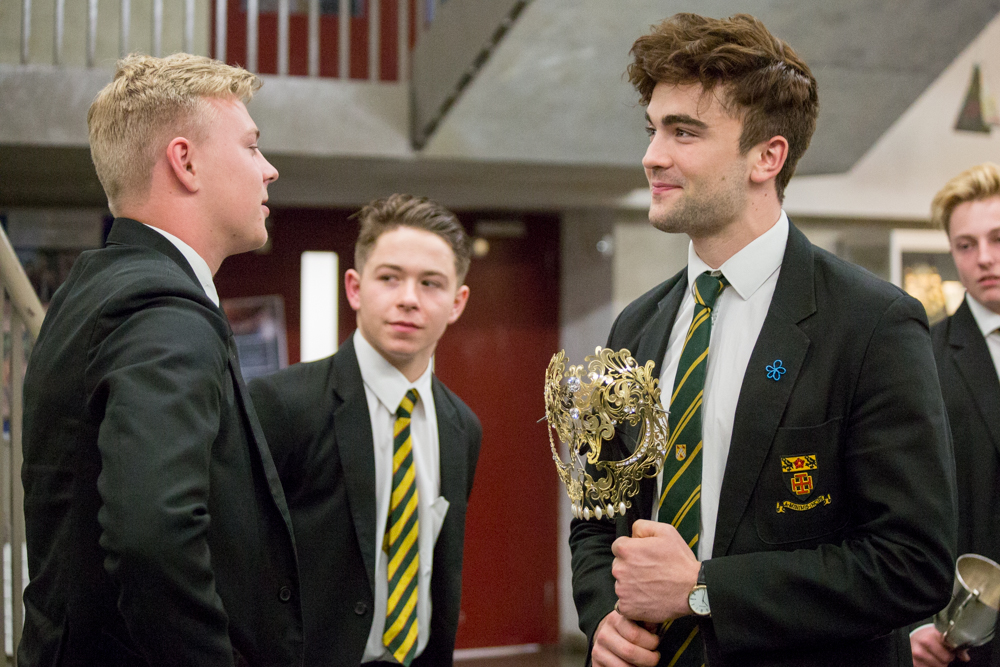 The evening opened with a processional fanfare, played by Mr Dominic Field (trumpet) and Mr Chris Eastwood (organ). The choir then sang Praise the Lord by Bob Chilcott, accompanied by organ, trumpet and timpani (played by Mr Ben Gale). The new Head Boy, Lorcan O’Brien welcomed everyone to Prize Giving and the opening prayer was led by the new Head Girl, Jolie Bediako. 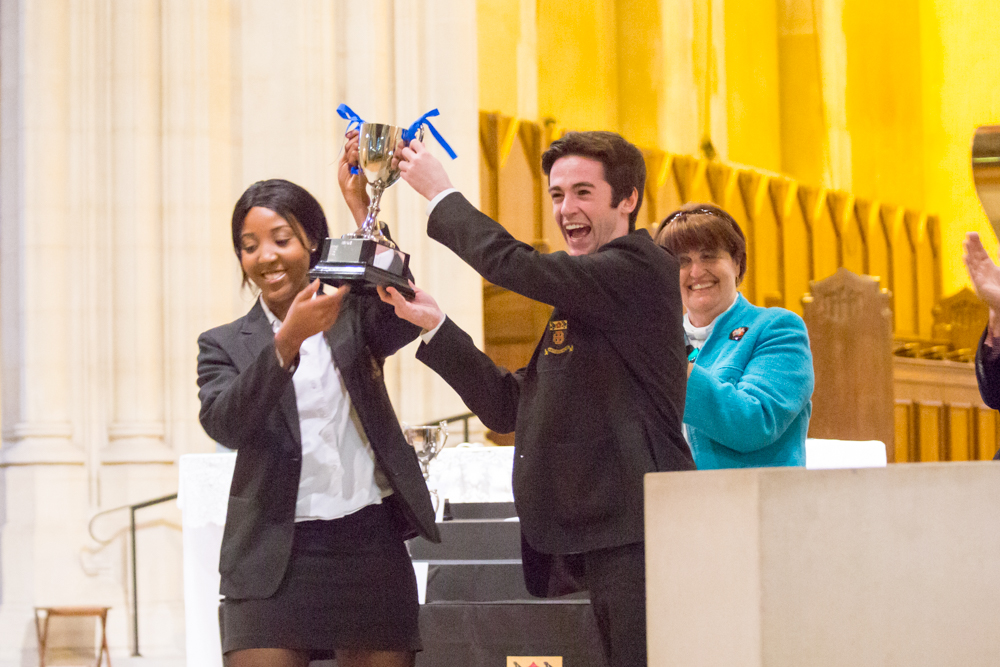