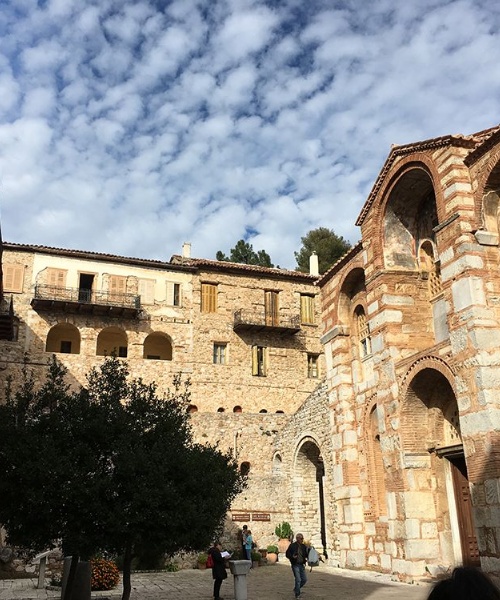 Pupils from Lower 4th to Lower 6th (Years 8 to 12) embarked on an exciting adventure to Greece in October, taking them to Delphi, Corinth, Mycenae, and a host of other ancient sites.

We arrived in Athens in the sunshine, everyone itching to get to the ancient sites, and made our way up to Areopagus where Mr Hullis recounted a brief history of Athens in the time of the Ancient Greeks. We were all awestruck at the views of the Acropolis and the modern city that seemed to stretch into a white sea around us.

The second day quickly commenced and it was another fairly early start for everyone, yet the group were raring to go to see the Acropolis. Everyone thoroughly enjoyed sitting at the Theatre of Dionysus and imagining the many plays that were first performed there, as well as the walk up to the top of the Acropolis.  All of us were very enthusiastic about seeing the Parthenon and once again we loved the views. 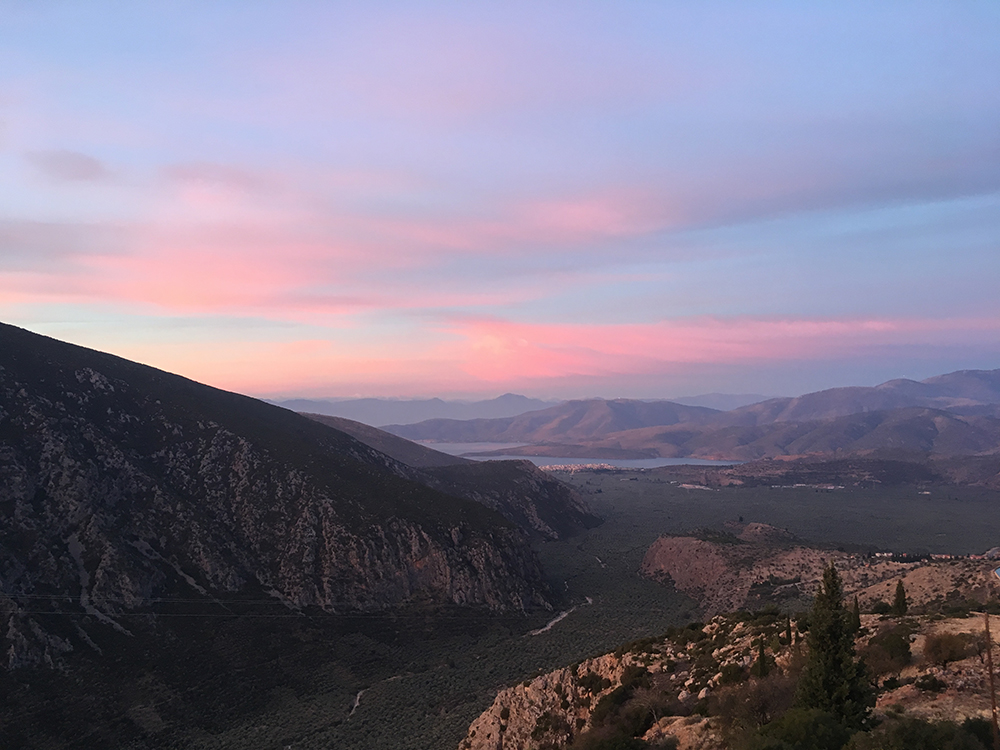 After having lunch in one of Athens’ bustling streets, we went to the Agora. We ended our day by going to the National Archaeological Museum, in which everyone was encouraged to choose 3 items we would like to have for ourselves. This really helped us to focus on the beauty of the artefacts.

The third day began with a coach journey to Corinth, passing over the magnificent Corinth canal. We arrived at the ancient site, learning more about everyday life of the Achaeans. We then stopped for a quick lunch before going to the ancient site of Epidauros. Once there we visited the Sanctuary of Asklepios, where those with various ailments would come and pray to be healed. After that, the incredible theatre of Epidauros astounded us all. Everyone was truly amazed by the acoustics in the theatre; to further demonstrate this, we had a reading of the messenger speech from Oedipus the King. 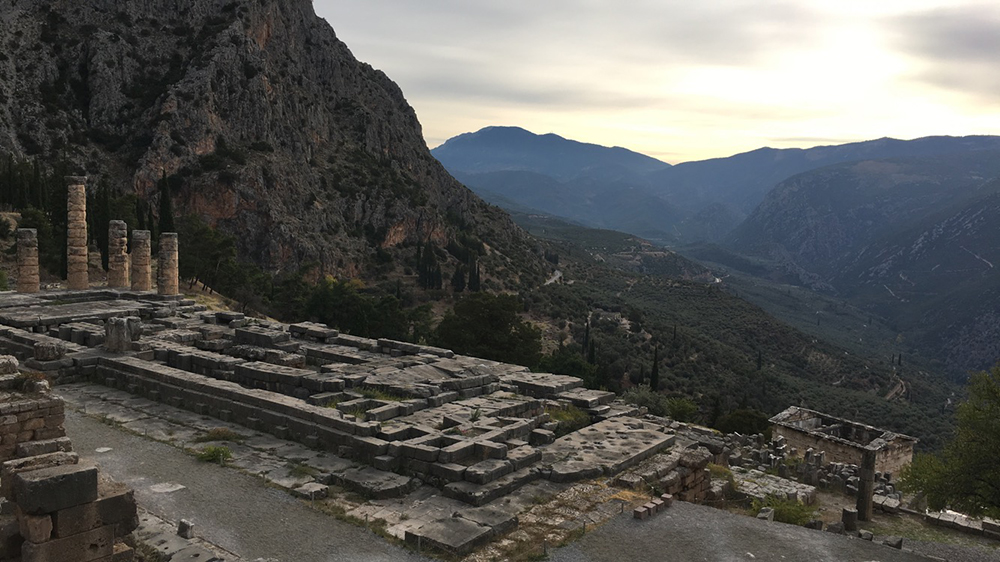 The next day commenced with a trip to Mycenae, a prehistoric fortress - for all one knows, the home of Agamemnon. Afterwards we visited another fortress – Tiryns: the architecture of this site presented the true ingenuity of ancient civilisations, as a successful attack would have been almost impossible. Next, we visited the Palamidi Fortress in Napflion, where we walked down a thousand steps to have lunch in the town, and to visit a museum, after which a long coach journey to Olympia began.

We woke up to a glorious sunrise and speedily made our way down to the site of the Olympic games where we participated in our own Olympic running race. Following this Olympiad we started our own odyssey to Delphi. The views were truly breath taking, as we arrived just as the sun was setting over the valley. Later that evening, Mr Hullis led us to the Castalian Fountain, a place where the ancients would wash away their sins before entering the religious sanctuary of Delphi. 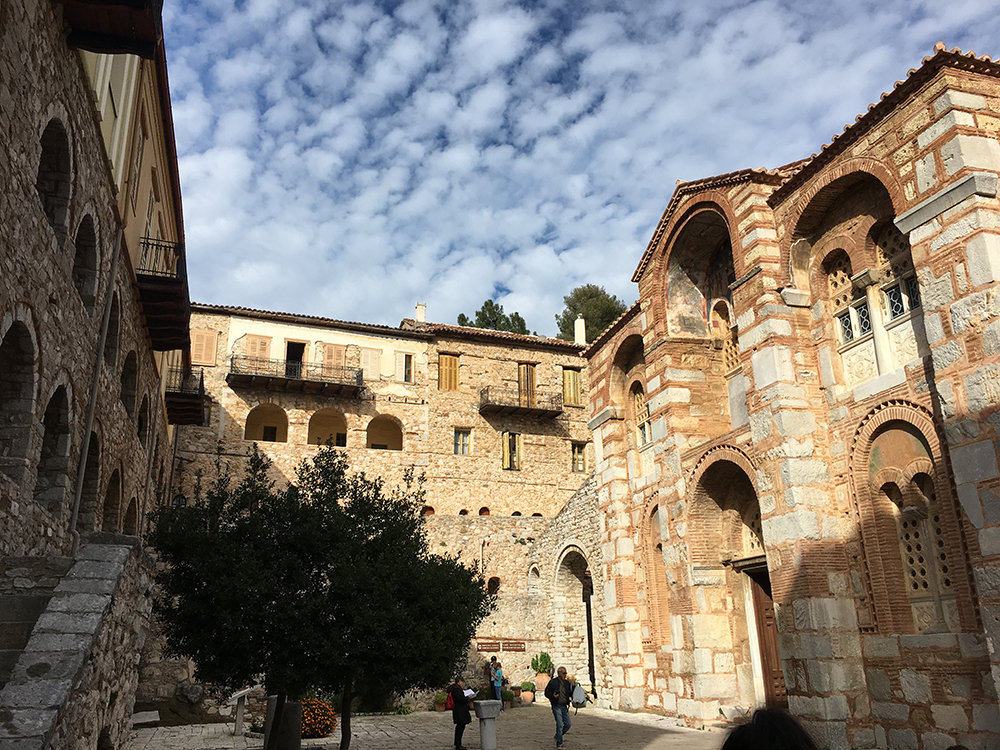 The next morning we awoke to a spell-binding sunrise and made our way to the ancient sanctuary. It was a truly magical place. We were then back on the coach, and on our way to the stunning monastery of Osios Loukas. Here, we were given time to wander around on our own and enjoy the tranquillity before we returned to Athens.

Finally, we visited Cape Sunion, where we encountered the wrath of Poseidon at his very own temple, as the wind and rain pelted down on us. We were all crestfallen to have to leave Greece, as everyone thoroughly enjoyed the trip. We would all like to give huge thanks to Mrs Sorohan, Mr Foley, Mrs Lewis, Miss Allen and Mr Wilks for accompanying us on the trip and for giving us tours of many of the sites. Lastly, the biggest thanks go to Mr Hullis for organising the trip and bringing many of the sites to life.