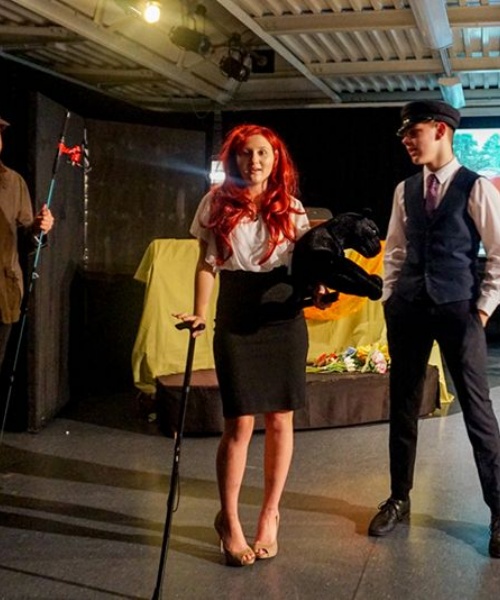 The cast was highly successful in projecting the play’s heady mix of slapstick and cold calculation, levity and horror, as well as thoroughly mastering the German script. 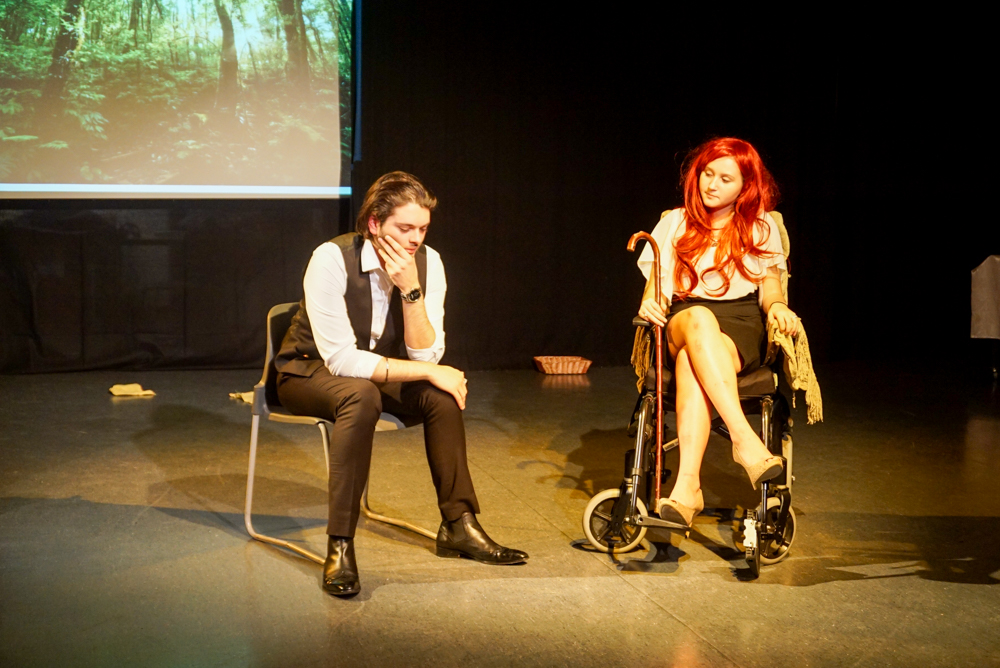 The central character, the multimillionaire heiress Claire Zachanassian, returns to the poverty-stricken town of her youth with a horrific bargain: in exchange for using her immense wealth to restore the town to prosperity, she wants the inhabitants to murder the man who jilted her. 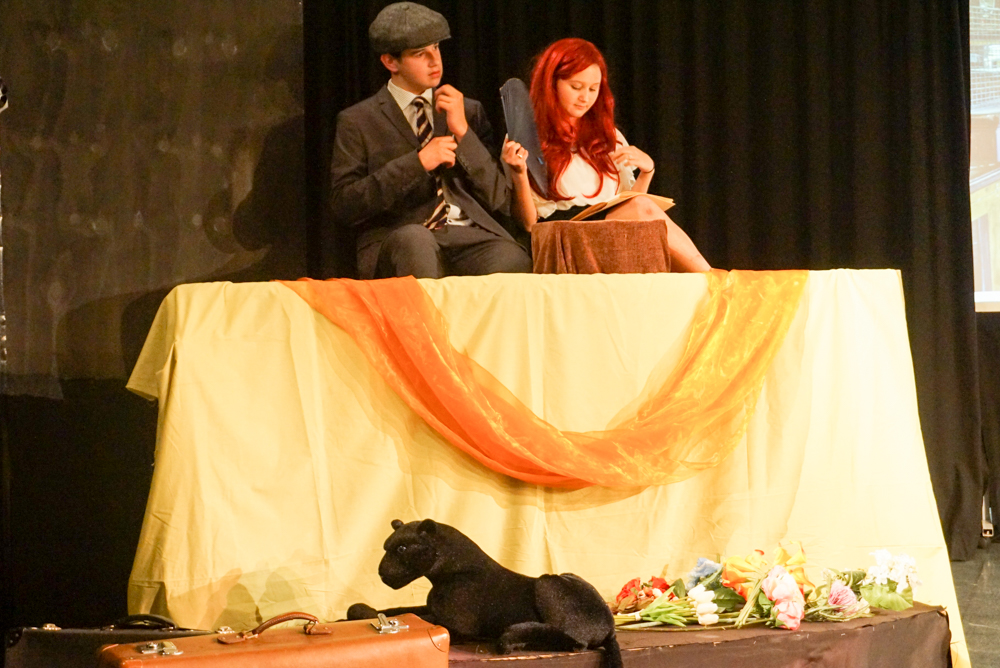 The petty politics of a parochial community is forensically exposed as the story lurches towards its inevitable and chilling conclusion. Material wealth wins the day, and the population sets all loyalty and scruples aside in the process. Dürrenmatt describes the play as a comedy, but, as in many dramas of the absurd, the audience’s laughter contains an element of discomfort. The depths of humanity might appear ridiculous as portrayed, but can we honestly say that we would have acted differently? 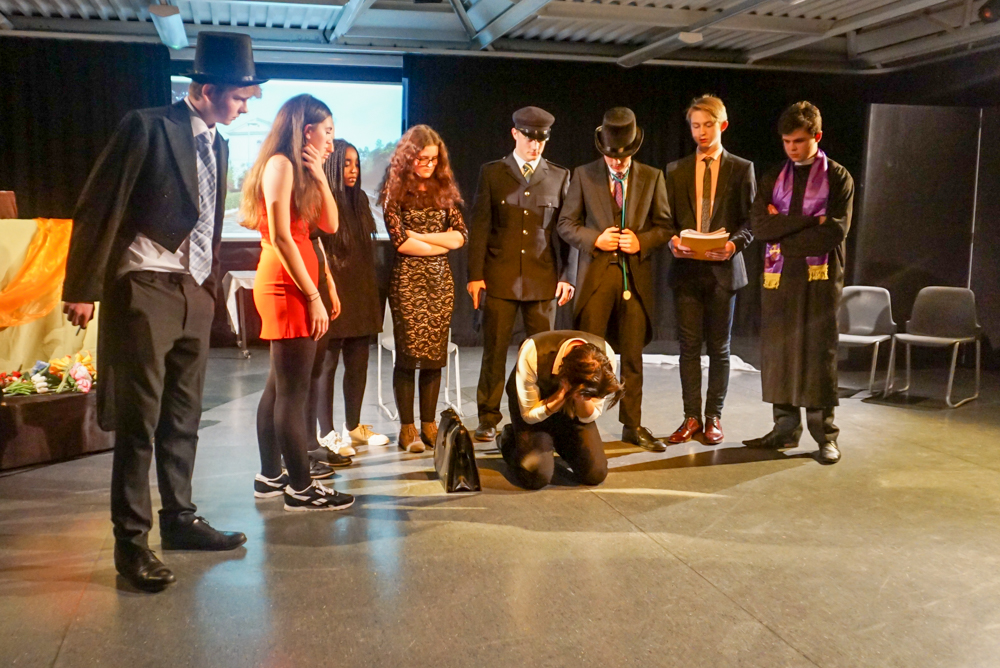 Audrey Reber as Claire was a ruthless avenging angel as she worked through her seventh, eighth and ninth husbands as a sideshow to her pursuit of her ex-lover. Amar Bawa as Alfred Ill hit just the right note in portraying the character’s powerlessness and incredulity at the blatant avarice and hypocrisy of his fellow citizens. Conor Moon as the mayor encapsulated the town’s self-justificatory logic as he thanked Ill for restoring the community’s lost wealth. Joe McDonald – a late replacement – was a convincingly intoxicated schoolmaster. 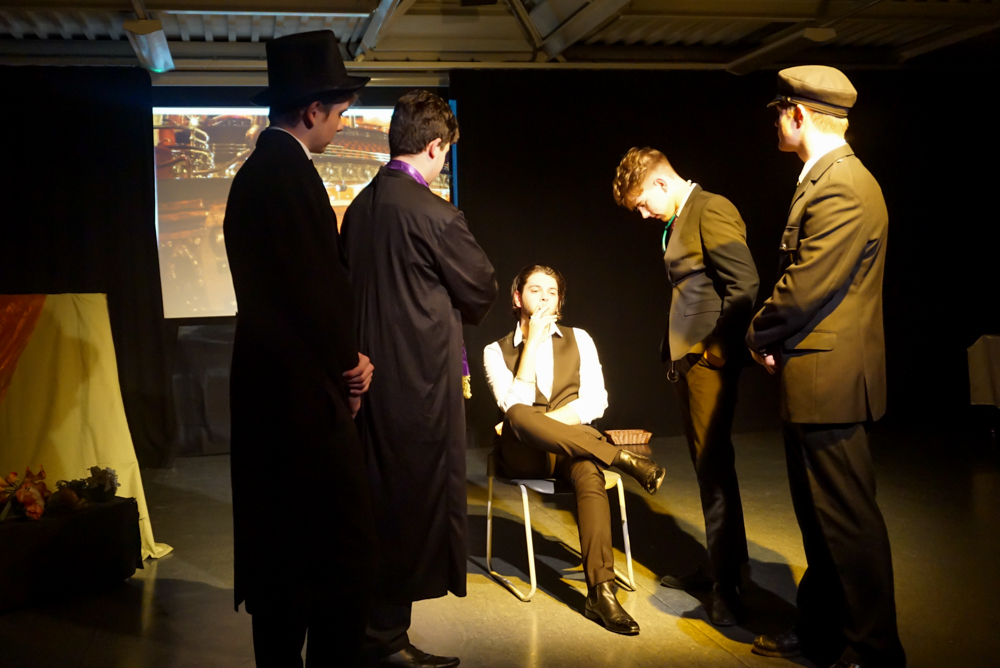 The supporting cast showed spirit and teamwork, and everybody is to be congratulated on a fine achievement. The last four years have seen productions in French, Spanish and German – a notable and praiseworthy element of the school’s outstanding languages and drama provision.