Oracles – but what else? Delphi through the Ages 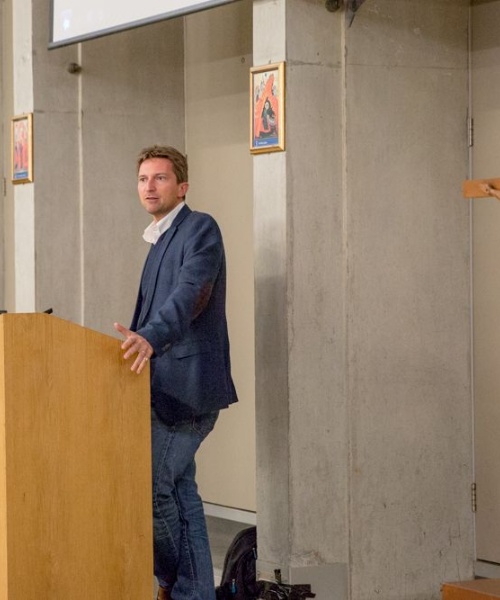 Dr Michael Scott, Associate Professor in Classics and Ancient History at the University of Warwick, gave a fascinating lecture at St Benedict’s on October 9th.

Dr Scott has written several books on ancient Greek and Roman society (including one on Delphi), and has written and presented a range of documentaries for National Geographic, History Channel, ITV and the BBC. He has most recently been seen on television presenting Sicily: Wonder of the Mediterranean and Italy's Invisible Cities (with Alexander Armstrong). Michael is an honorary citizen of Delphi, and an outstanding and engaging lecturer. 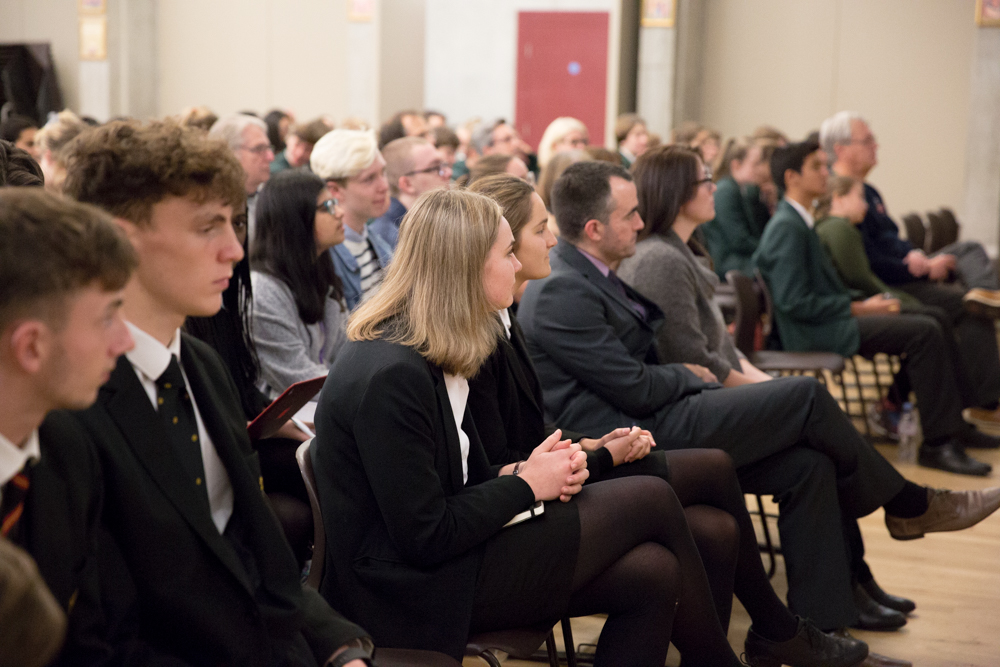 Delphi was considered by the ancient Greeks to be the centre of the world; a spectacularly beautiful religious site perched precariously on the slopes of Mt Parnassus. The site of the famous oracle, the city thrived under two great civilisations – the Greeks and the Romans – and attracted travellers from all over the ancient world. As well as visiting to hear the wisdom of the oracle, people from across the Greek world flocked to the sanctuary to show off their riches and to boast about their victories in battle.

Dr Scott’s informative lecture precedes the Classics trip to Greece at half-term, when St Benedict's Classicists will visit Delphi, Corinth, Mycenae, and a host of other ancient sites.

It is not surprising that Dr Scott has made so many TV documentaries. He has a very relaxed and fluent lecture style which must be very popular also with university students. I think this is mainly because he has a gift for getting over the information as though he is telling a story. Last night the audience was soon absolutely gripped by the story of Delphi. The main thrust of his talk was to demonstrate how although ancient Greece and the Greek lands in Asia Minor (Turkey now) and southern Italy were riddled with oracles, Delphi was the most famous and prestigious of them all. It even became known as the centre of the world.

The oracle (a priestess sitting on a three legged stool) seems to have had a good 'hit rate' at prediction. This was partly luck, and partly because the question always had to be put to the oracle as an alternative, i.e. should I do X or should I do Y? The priestesses of the oracle would then usually give a quite obscure answer which could be interpreted in different ways. (Hence the modern saying that an answer or comment is "Delphic".) When the Athenians were about to be overrun by a Persian invasion, they asked the oracle which of two courses of action they should take, stay or flee. The oracle answered "Trust in your wooden walls". The Athenians debated for days what this meant - the old wooden walls of Athens, or, as some bright sparks argued, the wooden walls of their ships. Ultimately they chose the latter, abandoned Athens, got in their ships and won a great sea battle against the Persians. This became the foundation of Athens' ascendancy in Greece. Another example was King Croesus, who asked whether it was better to go to war with a neighbouring state or to stay at peace. The oracle answered "If you go to war, a great empire will fall". He went to war and lost - it was his empire that fell! Thus the oracle could always say that a supplicant had misinterpreted the answer.

Delphi quickly became THE place for the various 'states' of the Greek lands to build monuments to their victories and prowess. So the town became packed with ceremonial and monumental building. Even the Romans built a monument to their conquest of Greece in Delphi, thus both buying in to the Greek world and rubbing the Greeks' noses in their defeat.

Dr Scott completely de-mystified for us the modus operandi of the Delphian Oracle, providing invaluable insights to the audience of over a hundred pupils, staff, parents, guests from other schools, and members of the wider St Benedict's community. He ended by highlighting the two maxims of Delphi which, he believes, will continue to be good advice for as long as humanity exists: "Know thyself" and "Nothing in excess".