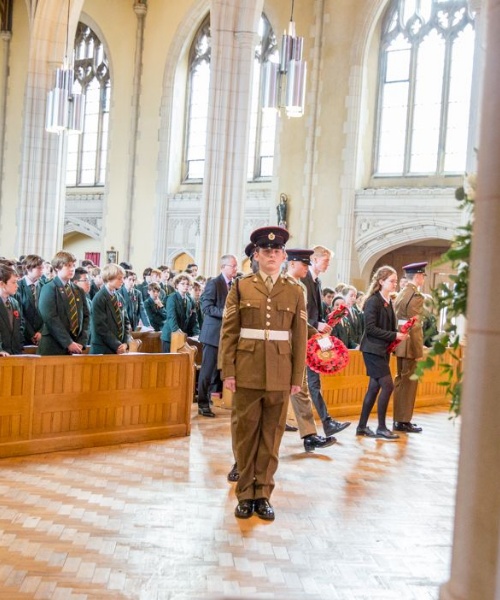 St Benedict’s remembered those who gave their lives in the First and Second World Wars, at the annual Remembrance Service. 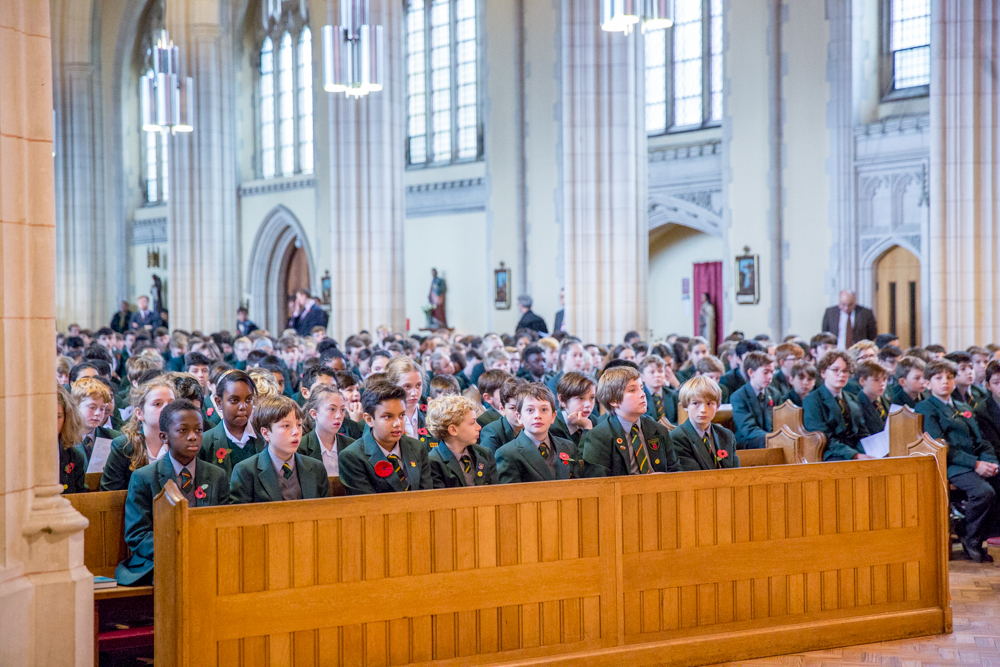 The Headmaster, Head Boy, Head Girl, and Officers of the Combined Cadet Force laid wreaths before the altar. 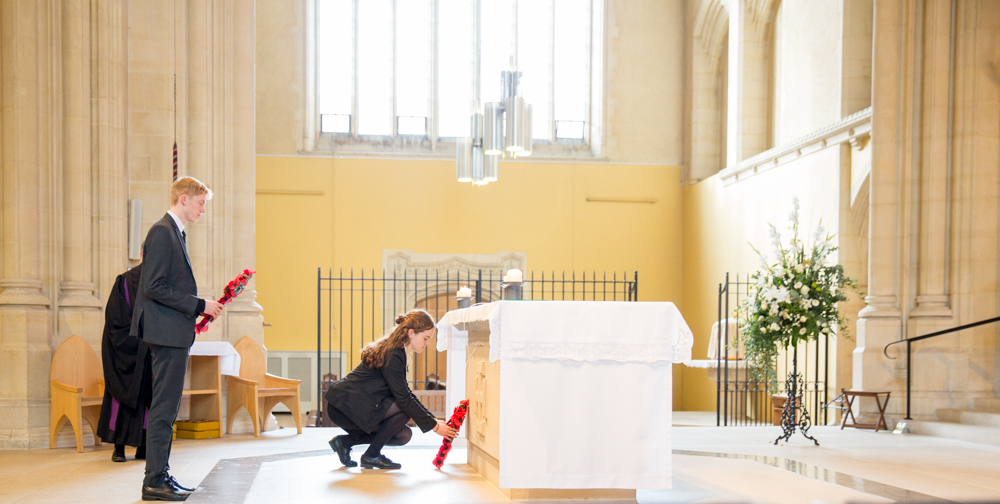 The Head Girl, Cerys Edwards, read from the letter of St Paul to the Romans: “Nothing can come between us and the love of Christ.” 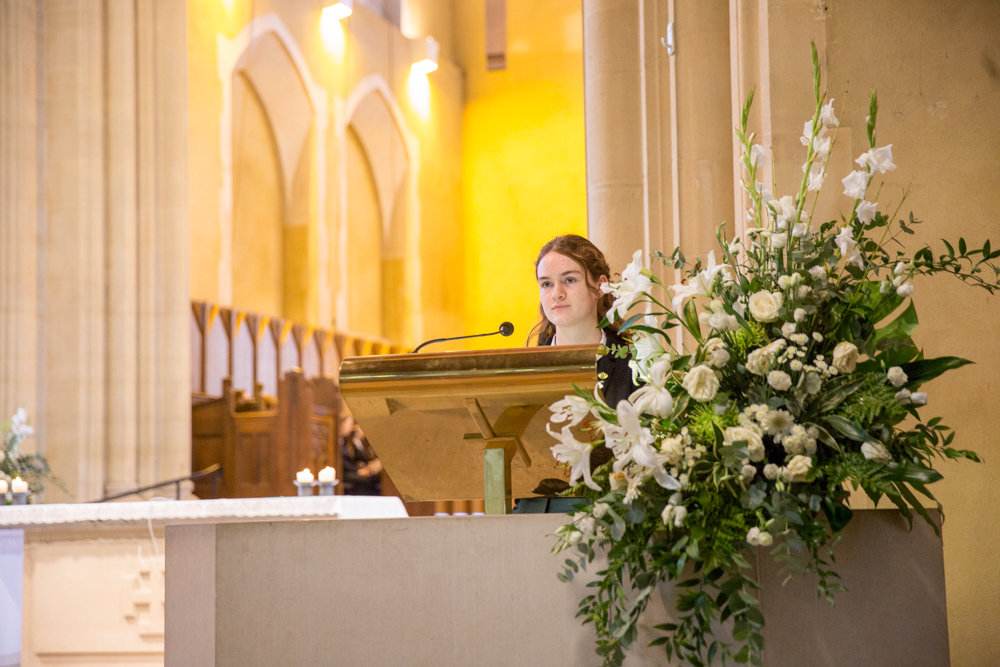 The Head Boy, Lucian Mac-Fall, read from the works of St John Chrysostom: “The cross is the joy of the Father, the glory of Christ, the triumph of the Holy Spirit, the beauty of the angels and the light of the sons and daughters of God.” 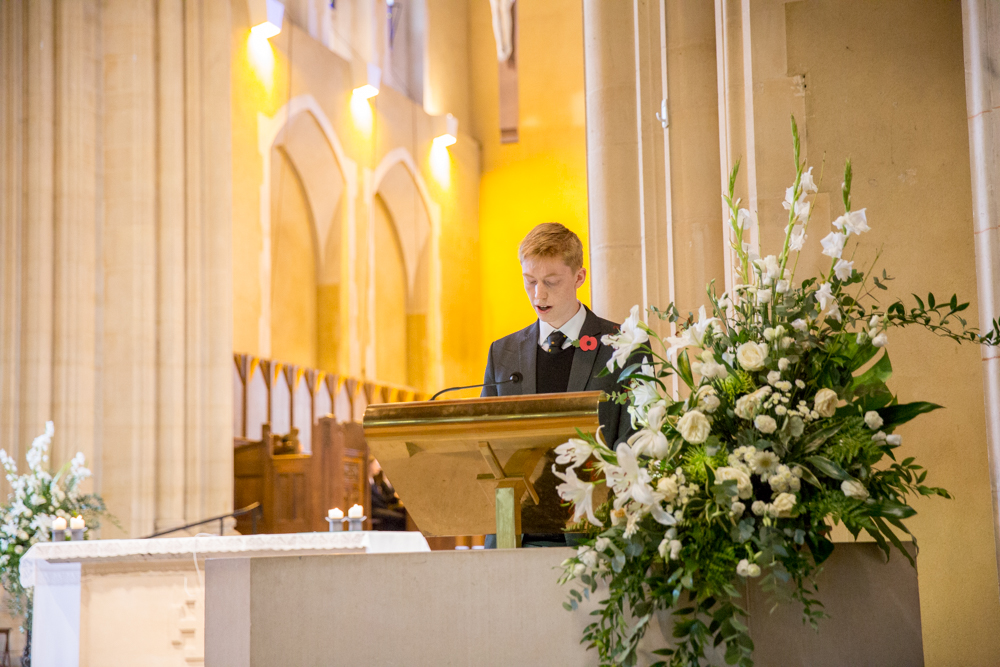 The two minute silence was opened and closed by the Last Post and the Reveille, played by Benedict King (Year 13). 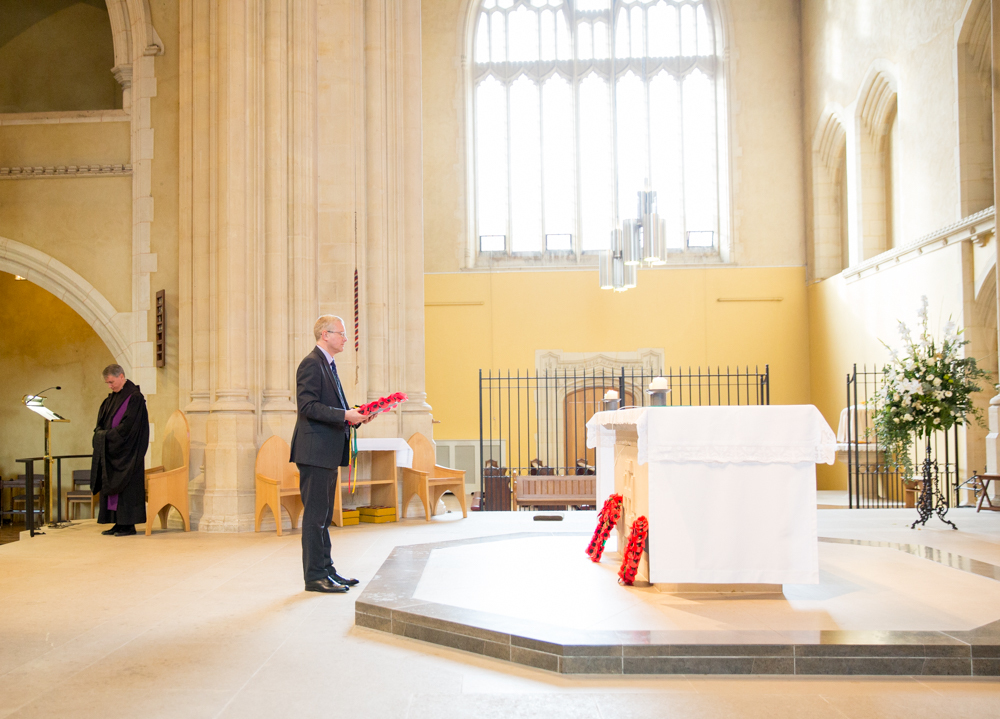 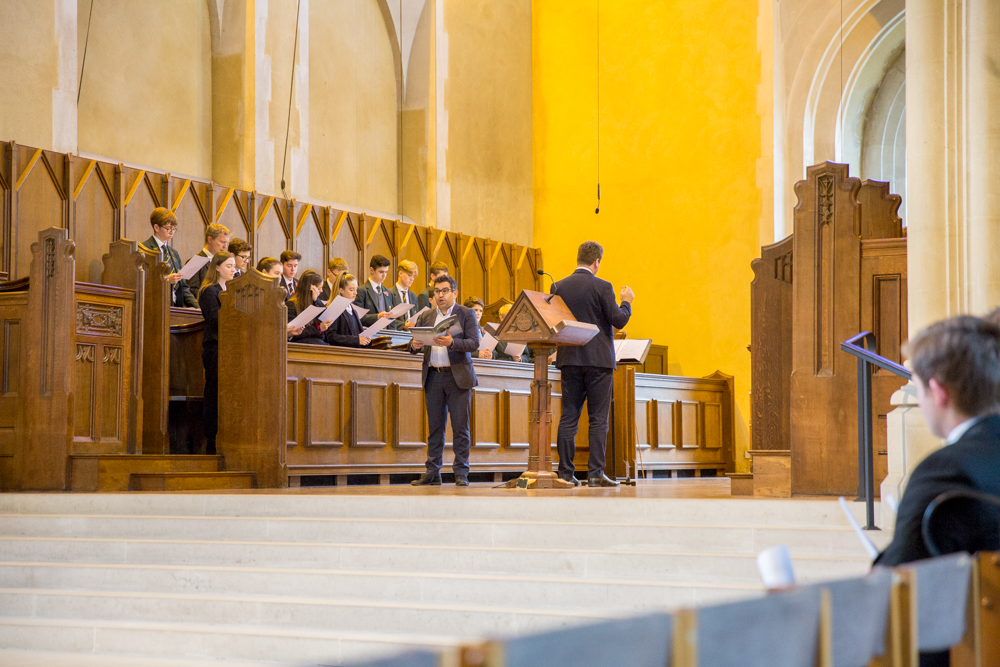 A total of 21 alumni died in the First World War and 47 were killed in the next great conflict. Their sacrifice will be commemorated with a new war memorial, which will be unveiled on November 11th. 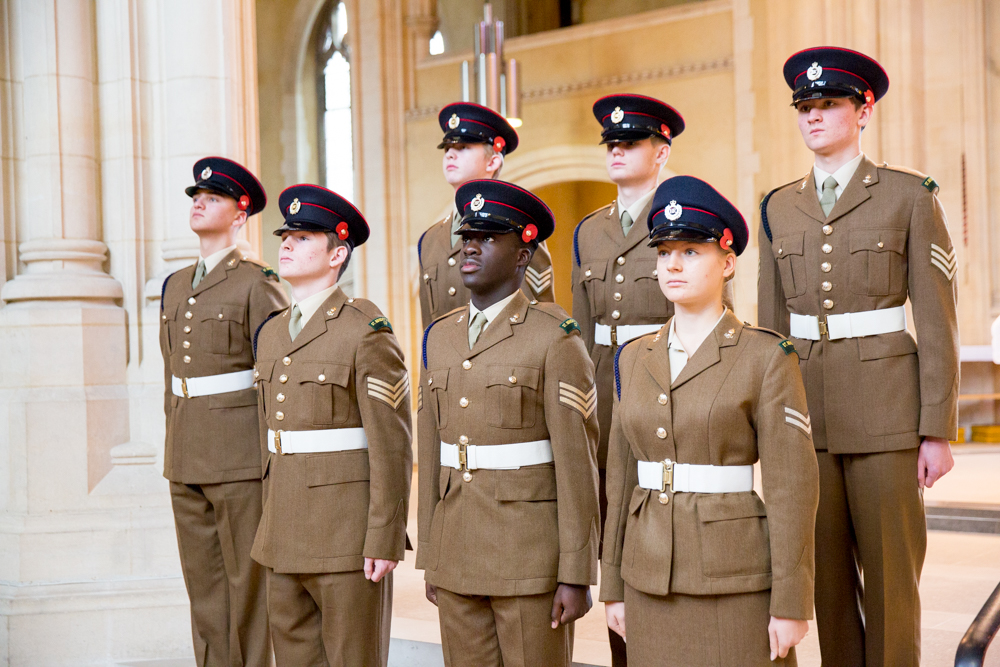