A TRIP TO NEWTON'S BIRTHPLACE 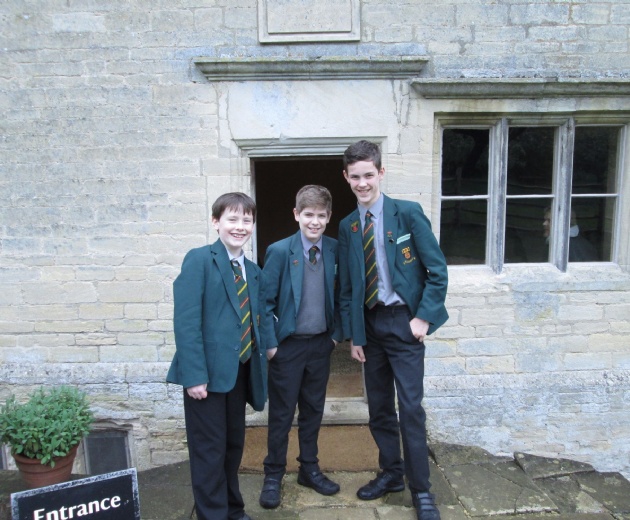 Form 3 have been inspired by a trip to Newton's birthplace, to learn about his life and his scientific work.

This term, we travelled to Sir Isaac Newton’s birthplace, Woolsthorpe Manor near Grantham in Lincolnshire, to learn about his life and visit where he grew up.

First, we spent some time at the famous tree where Isaac supposedly discovered the force of gravity, after an apple landed on his head. The question he asked himself was: Why do things fall down? Why do they not fall up or sideways? Family members and others answered saying that that was just how God created it. However, Newton believed differently. He believed it was the force of gravity, which is a force that attracts bodies to the Earth.

Next, we toured the area around his house. We explored what Isaac’s daily life would have consisted of, as well as learning about his family - especially his mother. We started at his mother’s room, went to his room and then made our way down to the kitchen and dining room. As we walked around we noticed lots of drawings on the wall which may have been drawn by him.

After a scrumptious lunch, we went to the Science Centre where we saw many different experiments including gravity.
Other astronomers and mathematicians like Kepler had proven the idea and drew up the laws that described how the planets orbit the Sun. Newton was able to explain why they behaved like this and did not spin off into space. The reason was that the force of gravity of the Sun itself, and of the planets, held them in their orbits. We found out about an ellipse, which is the egg-like shape in which planets orbit the Sun. It was very educational and I enjoyed it very much.

Lastly we designed and produced our own rockets from the lessons we had learnt and shot them into the air. As Newton said “For every action, there is an equal and opposite reaction.”

I very much enjoyed the trip and hope to do it again soon.